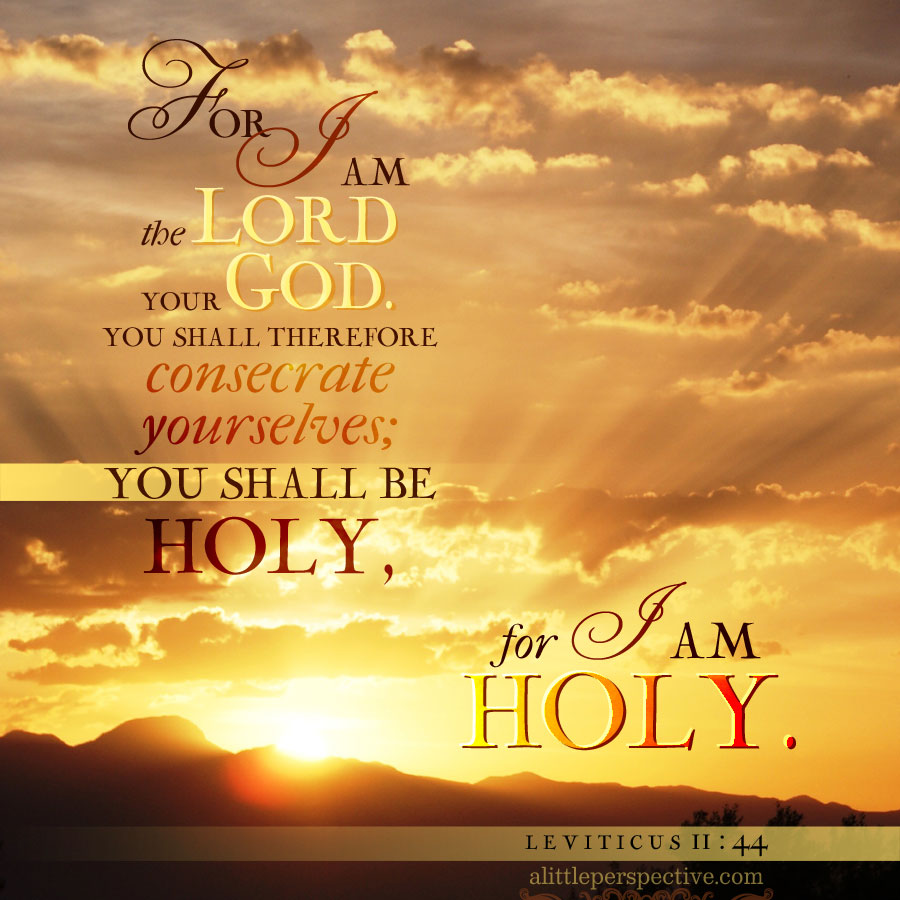 Read Leviticus 11 through 13 at Bible Gateway.

Today we begin learning the difference between clean and unclean. Not distinguishing this difference, we saw yesterday, caused the death of Nadab and Abihu! This is obviously an important distinction.

Most of the lexicons and dictionaries define clean and unclean in a Levitical or ceremonial sense; that it is an arbitrary designation assigned by God having to do with arcane Temple ceremonies now passed away. But if you dig deeper into the usage of these terms in the Scripture, you find that they were used long before the tabernacle, Temple, or Levitical priesthood existed.

“Clean” means, not filthy, as a garment. This is not rocket science. When an article of clothing comes out of the wash, it is clean. After it is worn for a while, sweat, or food, or dirt gets mixed in with the cloth fibers, and it is no longer clean. It is now unclean.

“Clean” means, pure, as gold or silver. When gold or silver ore is first taken from the earth, it is not clean. It is not pure. There are other minerals and rock mixed in with the gold. When the gold goes through the fire, the impurities can be separated from the gold, and pure gold unmixed with other minerals, is left.

Someone or something that is clean can become unclean by pollution; as Shechem polluted Dinah (Gen 34:5, yes, this is the same word in Hebrew as “Levitical” uncleanness); as wickedness pollutes a land (Lev 18:28); as an adulteress pollutes herself (Num 5:13); or as God’s people pollute themselves by idolatry (Hos 5:3).

So now, if we take our understanding of clean and unclean as taught to us by its Scripture usage, and apply it to Lev chapter 11, the law of clean and unclean animals, we realize that unclean animals may not be eaten because eating them pollutes the body. My first experience with not eating pork was that it was forbidden when eating a diet to detox the body. Pigs do not have sweat glands as other livestock, and their meat as a result retains toxins that other livestock do not retain (not to mention the parasites and other diseases that find a ready home in pigs). Sea life that doos not have fins and scales, such as catfish or shellfish, are the garbage scows of the ocean. They were created to feed on uncleanness to keep the oceans clean. The birds that are unclean, are scavengers or predators. God, being smarter than we are, explained for us what animals if eaten would pollute the body, strictly from a health standpoint, not ceremonially, but physically.

So realizing this, let’s look at Peter’s vision of the big sheet:

Then he became very hungry and wanted to eat; but while they made ready, he fell into a trance and saw heaven opened and an object like a great sheet bound at the four corners, descending to him and let down to the earth. In it were all kinds of four-footed animals of the earth, wild beasts, creeping things, and birds of the air. And a voice came to him, “Rise, Peter; kill and eat.”

But Peter said, “Not so, Lord! For I have never eaten anything common or unclean.”

And a voice spoke to him again the second time, “What God has cleansed you must not call common.” This was done three times. And the object was taken up into heaven again. Act 10:10-16

We are told this means the law of clean and unclean has been done away with. But Peter did not immediately go out and eat barbequed ribs. Instead, he pondered what this might mean. At that time, the Gentile men sent from Cornelius arrived, and asked him to go with them. So he did something not normally done: he, a Jew, went to the house of  Gentile.

As Peter was coming in, Cornelius met him and fell down at his feet and worshiped him. But Peter lifted him up, saying, “Stand up; I myself am also a man.” And as he talked with him, he went in and found many who had come together. Then he said to them, “You know how unlawful it is for a Jewish man to keep company with or go to one of another nation. But God has shown me that I should not call any man common or unclean. Act 10:25-28

How did God show him that he should no longer call any man common or unclean? By the vision of the sheet. If we interpret Scripture with Scripture, something we are commonly told we must do to arrive at accurate interpretations, the meaning of the vision is that now men have been cleansed and are no longer to be considered common or unclean. How were men cleansed? Messiah Yeshua died for the sins of the whole world. Now, the only sin separating men from God, is their acceptance or rejection of His gift of grace.

This is why I refuse to eat barbequed ribs or coconut shrimp or any of the other things I used to eat that are intrinsically unclean, but treat all mankind with love and acceptance, considering every association an open door for the light of Christ to bear witness! ♥