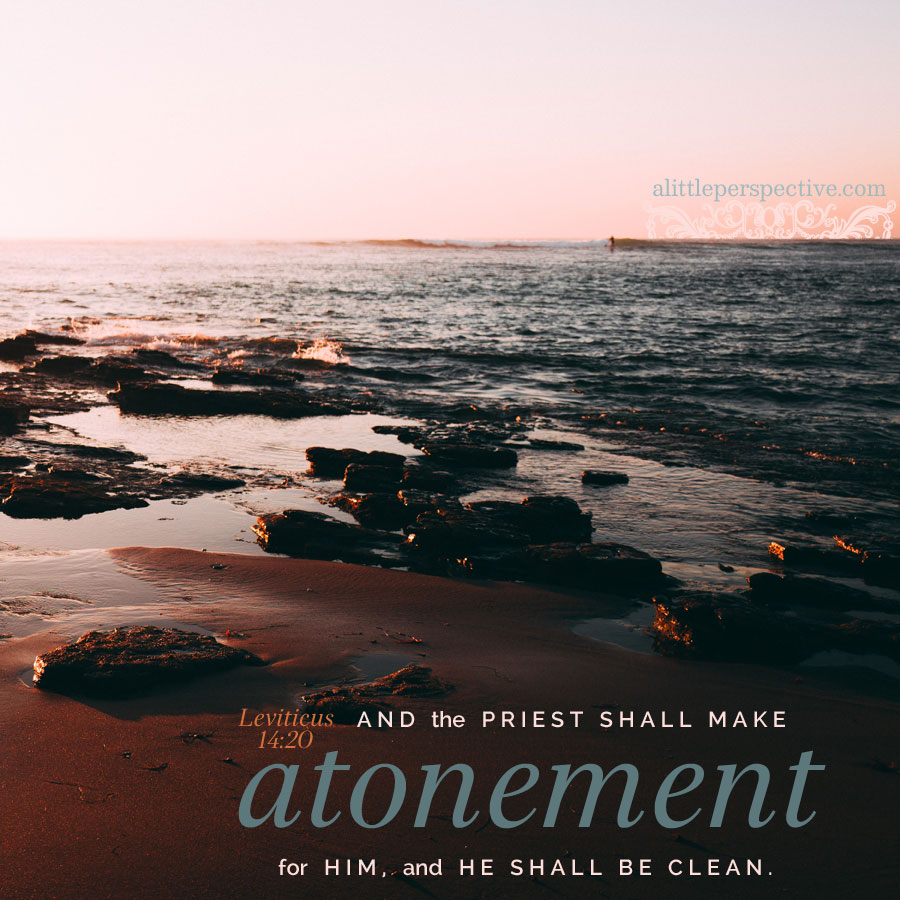 Read Leviticus 14 and 15 at Bible Gateway.

Now all of this detail might seem mind numbing, but what we are reading is a living breathing picture of the gospel of grace in Jesus Christ our Lord! Follow with me:

The leprous man must dwell alone outside the camp, and cry, “Unlcean! Unclean!” whenever anyone came near. We have seen this same picture of exile from family, home, and even the earth, from the opening chapters of Genesis. By comparison of like themes (one of the teaching tools of Scripture), Scripture is showing us that the leprous man is suffering the same state as the fallen, unrighteous, sinful man.

Now leprosy is a fatal disease. But it does not kill in one day. Where have we heard this before? In the day that Adam ate the fruit, he would die. But he did not die in one day. In the mean time, Adam began dying until the day he died, and so the leprous man begins dying until the day he dies. In other words, Adam was a walking, breathing dead man. So also, the leprous man is a walking, breathing dead man.

All of these chapters teaching on uncleanness, paint pictures of uncleanness arising from death. A woman’s flow of blood is also a picture of death, because the life is in the blood (Gen 9:4). When a woman suffers loss of blood, she is suffering loss of life (i.e., death), and becomes unclean by it.

leviticus 14, the law of the living bird