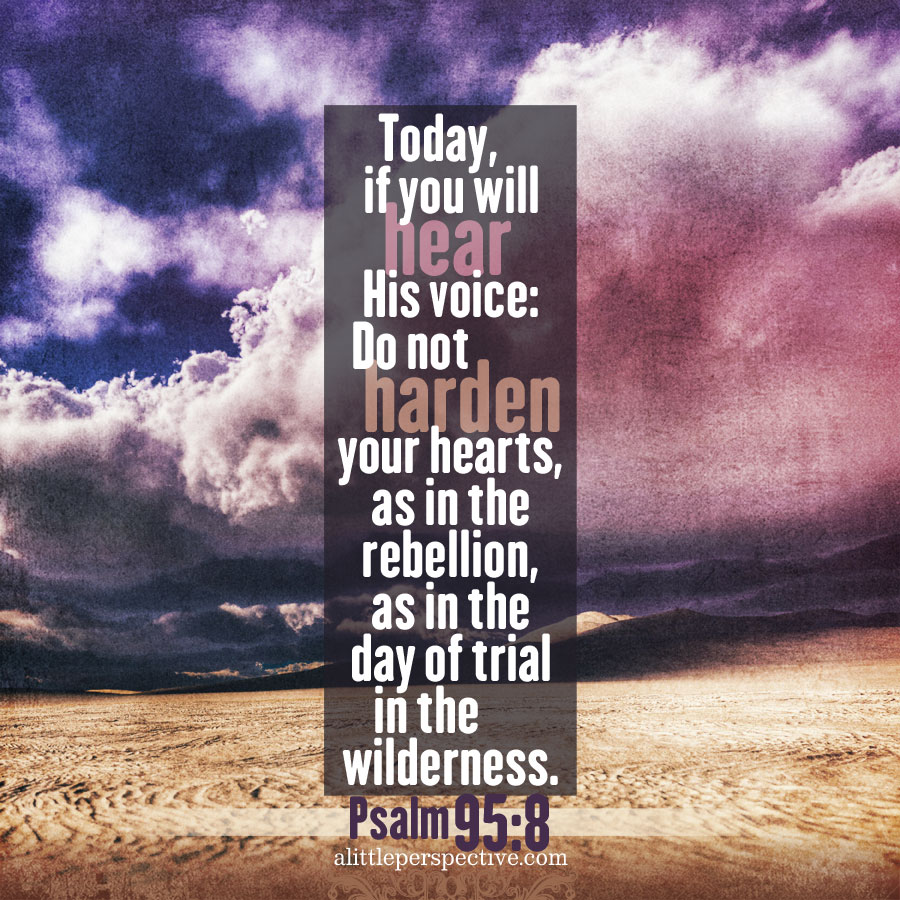 We saw yesterday that the Lord calls Israel’s contentions in the wilderness their ten tests of Him:

“… all these men who have seen My glory and the signs which I did in Egypt and in the wilderness, and have put Me to the test now these ten times, and have not heeded My voice, they certainly shall not see the land of which I swore to their fathers, nor shall any of those who rejected Me see it.” Num 14:22-23

How do complaints and contentions — dissatisfaction with one’s possession, status, and situation — amount to rejection? God provided for Israel all they needed — freedom from Egypt, a leader in Moses, His own presence to go with them, water from the rock, bread from heaven, protection on the road and victory over their enemies — but it was not good enough. They found fault with His deliverance, provision, protection, and leadership, and not just once, but over and over again. Finding fault with His deliverance, provision, protection, and gifts, is the same as reproaching His choices, wisdom, and ability. It is the same as rejecting His choices, wisdom, and ability, which is the same as rejecting Him.

This rejection came from a root of unbelief:

… while it is said: “Today, if you will hear His voice, Do not harden your hearts as in the rebellion.” For who, having heard, rebelled? Indeed, was it not all who came out of Egypt, led by Moses? Now with whom was He angry forty years? Was it not with those who sinned, whose corpses fell in the wilderness? And to whom did He swear that they would not enter His rest, but to those who did not obey? So we see that they could not enter in because of unbelief. Heb 3:15-19

They did not believe that the Lord would care for them, pure and simple. They did not believe He would keep His promises. That unbelief caused them to reject His care, choices, provision, and gifts. That unbelief caused them to reject Him as their God. Therefore they had complaints with His care. They were dissatisfied and had contentions with their possessions, status, and situation.

How does this insight affect us wives?