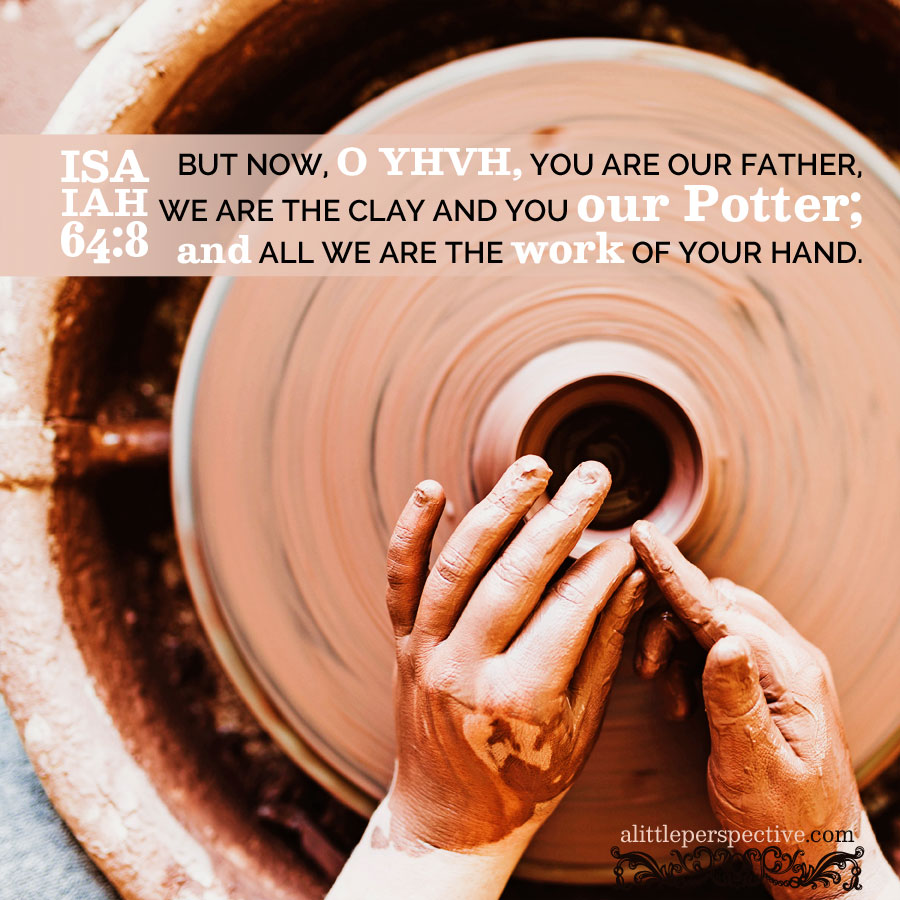 Isa 63:1-6 {s} The righteous One, mighty to save, has trodden the winepress of His wrath for the peoples
Isa 63:7-64:2 {s} Israel recounts God’s lovingkindness, and her plea for Him to come down for her sake
Isa 64:3-11 {p} Israel’s acknowledgement of her sin, and her plea for mercy

1b) Isa 63:1-6 {s} He who is mighty to save comes treading the winepress of His wrath, for the sake of His redeemed;

1a) Isa 63:1a, Who is this who is glorious in His apparel, traveling in the greatness of His strength;

central axis) Isa 63:4, For the day of vengeance is in My heart, and the year of My redeemed has come;

1a) Isa 63:16, God our Father + Redeemer from everlasting, though Abraham did not know + Israel does not acknowledge;
1b) Isa 63:17a O LORD, why have You made us stray from Your ways, and hardened our heart from Your fear;
1c) Isa 63:17b-19, Return to us/ our adversaries have trodden down Your sanctuary + your people;
1d) Isa 64:1-2a, Rend the heavens + come down! Let the mountains shake at Your presence;
central axis) Isa 64:2b {s} To make Your name known to Your adversaries, that the nations may tremble at Your presence!
2d) Isa 64:3, When You did awesome things for us, You came down, the mountains shook at Your presence;
2c) Isa 64:4, From the beginning men have not heard nor seen any God besides You, who acts for those who wait for Him;
2b) Isa 64:5-7, You meet him who remembers You in Your ways/ we have sinned + continue in our own ways and need to be saved;
2a) Isa 64:8-9, You are our Father; we are the clay, and You our potter: we are the work of Your hands – Your people;

The answer to the final question: Will you restrain Yourself, and hold Your peace (seeing that Zion and Jerusalem are a desolation)? is No – for Zion’s salvation comes, and Zion will be known as His Holy People, and Jerusalem as A City Not Forsaken.

The B pair: 1B: He who is mighty to save comes, treading the winepress of His wrath, staining His robes with the blood of the the peoples, who are contrasted with the redeemed (see Rev 14:18-20); the peoples, then, are those not redeemed. This, however, does not mean all Gentiles, for something amazing comes to light in the 2B pair.

Doubtless You are our Father, though Abraham was ignorant of us, and Israel does not acknowledge us. You, O LORD, are our Father; our Redeemer from everlasting is Your name. Isa 63:16

There are children of God, calling Him Father and Redeemer, whom Abraham was ignorant of, and Israel does not acknowledge. Here we find, I believe, the wild branch of the Redeemed from the nations, who have been grafted in among the children of Israel (not replacing them) through the root of them both, Messiah Yeshua (Rom 11:17-18)

Now isn’t it interesting, in the 2B pair, that His adversaries have trodden down His people and His sanctuary? In fact, the Scripture says, to God, “Why have You made us stray from Your ways, and hardened our heart from Your fear?” (Isa 63:17), making the One ultimately responsible for Israel’s rebellion, God? If we think of this logically, it is true, for He did not prevent the serpent from putting the idea into Eve’s head to eat the fruit of the tree, something she did not think of doing on her own, but something she had to be led into.

For God has committed them all to disobedience, that He might have mercy on all. Rom 11:32

It is to show the greatness of His mercy, and the greatness of His might in His salvation, that He allowed it, for the central axis of the structure shows that He made and bore them, and when they rebelled, He reminded Himself that just as He was their mighty Redeemer and Deliverer in the days of Moses (from whom did He redeem them? From His adversary – the meaning of the word “satan” in Hebrew), so He is the mighty Savior and Deliverer of His people from His adversary today. Have the mercies of His heart been restrained? No – He is mightier than His adversaries, and He is mightier than sin, over which He triumphed in the cross. And He is mighty to save and sanctify His people! Do you see His people not saved, not sanctified today? He is not done working yet!