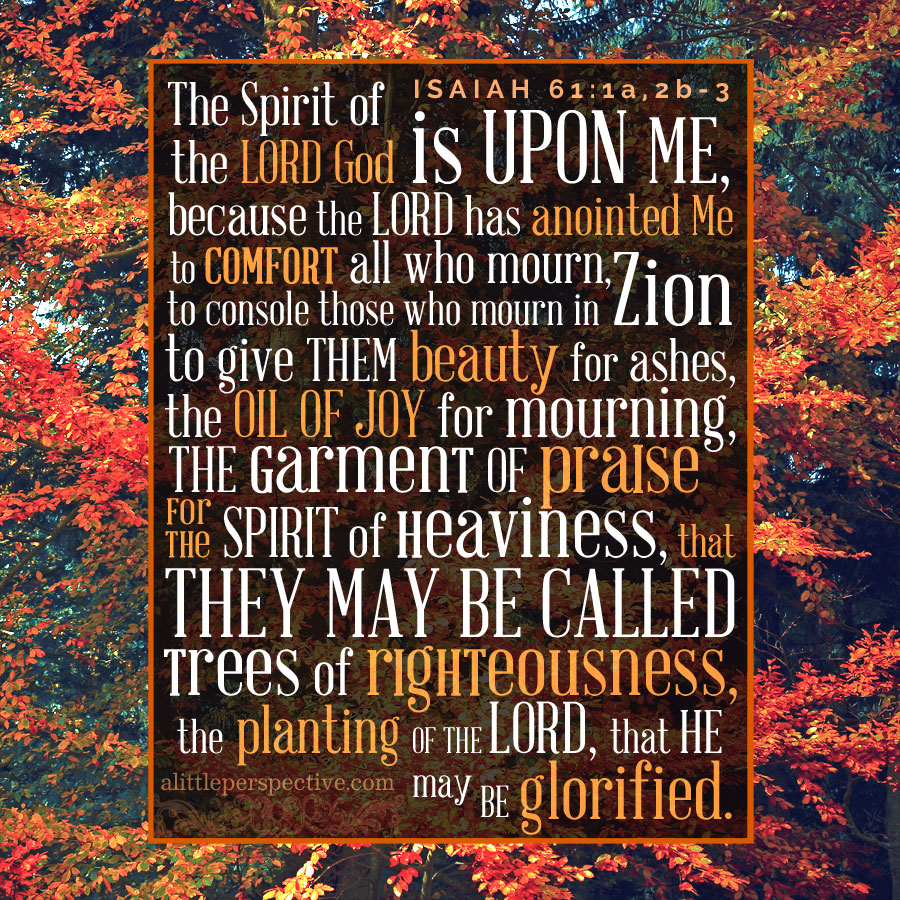 Isa 61:1-9 {p} The anointed One, Messiah, who will restore righteousness, honor, blessing to Israel
Isa 61:10-62:9 {s} The joy of Israel, for God has clothed her in salvation + righteousness/ Jerusalem’s honor restored
Isa 62:10-12 {s} Prepare the way, for Zion’s salvation is coming/ they shall be called the redeemed of the LORD

1a) 61:1-3, The Spirit of the Lord God upon Messiah to proclaim good news + restore righteousness;

1b) Isa 61:4, They shall rebuild + repair the ruined cities + desolations of many generations;

1c) Isa 61:5-62:2a, The Gentiles’ increase Zion shall eat/ no peace + rest until her salvation, righteousness, praise goes forth;

1a) Isa 61:5-9 {p} Strangers + foreigners shall serve you, the blessed servants of God/ you shall eat their riches;
1b) Isa 61:10-11, God has clothed me with salvation + righteousness/ cause praise to spring forth before all nations;
central axis) Isa 62:1a, For Zion’s sake I will not hold My peace, and for Jerusalem’s sake I will not rest;
2b) Isa 62:1b, Until her righteousness goes forth as brightness, and her salvation as a lamp that burns;
2a) Isa 62:2a, The Gentiles shall see your righteousness, and all kings your glory;

central axis) Isa 62:3, You shall be a crown of glory + royal diadem in the hand of the LORD;

1c) Isa 62:6-9, No peace + rest until He makes Jerusalem a praise/ Her own increase she shall eat with joy;

Messiah’s work is the redeeming the redeemed of the LORD. His work which is before Him, is Zion’s salvation. It is preaching the good news of the gospel to the poor, healing the brokenhearted, setting the captives free, proclaiming the acceptable year of the LORD, the day of vengeance of our God, to comfort and console those who mourn, to give those who mourn beauty instead of ashes, the oil of joy instead of mourning, the garment of praise instead of the spirit of heaviness, planting them as trees of righteousness. He clothes them with salvation and covers them with righteousness. But it is not only an imputed righteousness while they remain in their sins, slaves of sin and committers of it. He has set them free, yes? They are no longer slaves and prisoners of sin, but conquerors of it:

Therefore do not let sin reign in your mortal body, that you should obey it in its lusts. And do not present your members as instruments of unrighteousness to sin, but present yourselves to God as being alive from the dead, and your members as instruments of righteousness to God. For sin shall not have dominion over you, for you are not under law but under grace. What then? Shall we sin because we are not under law but under grace? Certainly not! Do you not know that to whom you present yourselves slaves to obey, you are that one’s slaves whom you obey, whether of sin leading to death, or of obedience leading to righteousness? But God be thanked that though you were slaves of sin, yet you obeyed from the heart that form of doctrine to which you were delivered. And having been set free from sin, you became slaves of righteousness. Rom 6:12-18

Now the planting of the LORD, His trees of righteousness, rebuild, restore, repair, prepare the way, build up the highway, and remove its stones and stumbling blocks, which has been desolate for many generations. What highway is this? The highway of the LORD, the path of righteousness in which He walks, which He has revealed to us in Torah. The Living Torah, Messiah Yeshua, accomplishes this.