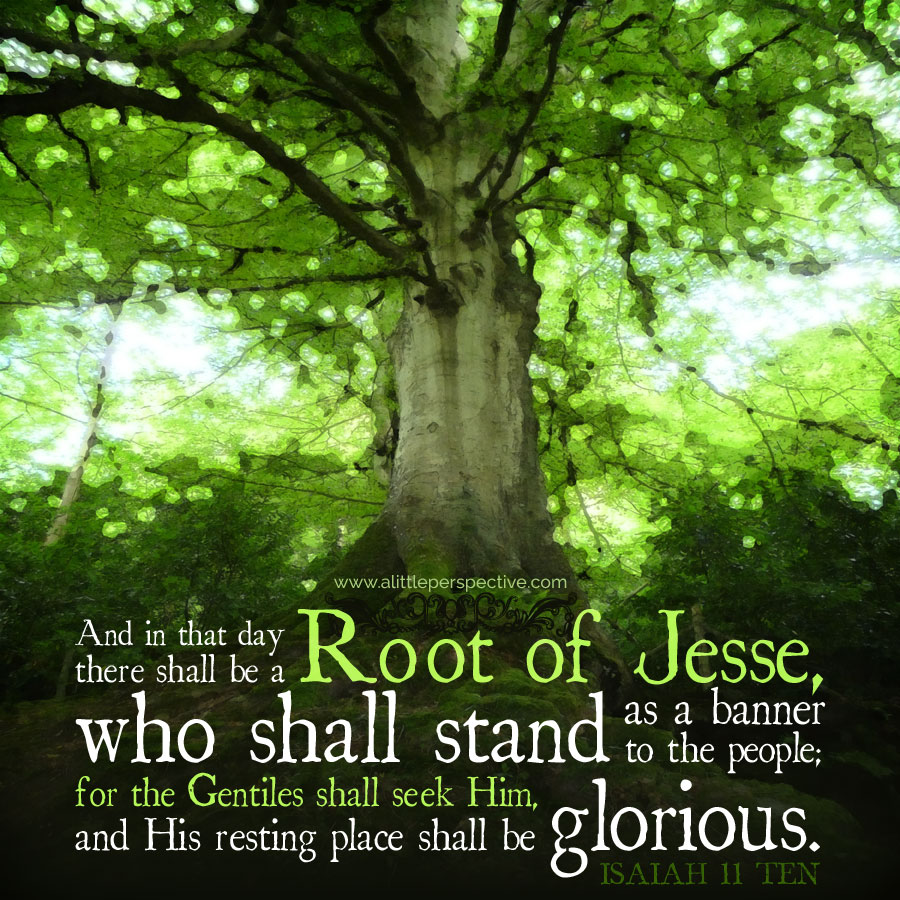 central axis) Isa 11:6-9 {s} The peaceable kingdom, for the earth shall be full of the knowledge of the LORD;

Now the return of the remnant of Jacob: both of Ephraim — Israel, the ten tribes of the northern kingdom — and of Judah — the two tribes of the southern kingdom — forms the bookends of the prophecy in the chiastic structure, in the context of Assyria being used like a tool to execute the LORD’s judgment upon the northern kingdom, but not upon the southern kingdom. But then the structure immediately shifts to the Root and Branch of Jesse, the Child who is to be born to the house of David, who will reign in the Spirit of the LORD and in righteousness and faithfulness. But not just over Judah, and not just over Judah and Israel reunited and restored, but over the whole earth, for he “shall stand as a banner to the people; for the Gentiles shall seek Him.”

In Isaiah we have our first glimpse of the grand plan of God, first hinted to Abraham. Israel shall be scattered to the nations, to the four corners, and when the LORD brings her back, He will bring the peoples of the nations with them, seeking the Root and Branch of Jesse. ♥