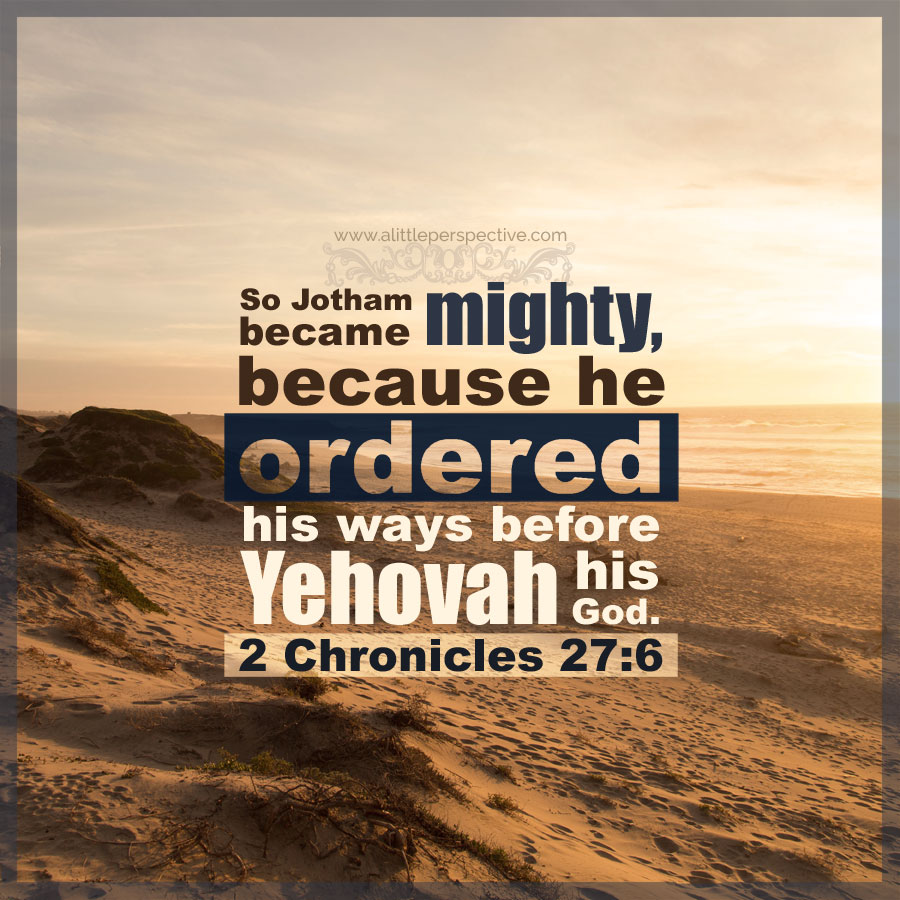 central axis) 2 Chr 27:5, War with Ammon + defeated them, they paid him tribute;

Jotham’s father was Azariah, who exalted himself to burn incense on the altar of incense , even though he was reproved by the priest; and he became leprous from that day. Jotham was about 15 years old when this event happened, and from that day he acted as co-ruler for his father, judging the people, for his father had to live in a house separate from all others (2 Chr 26:21). When he was 25, he began his sole reign, upon the death of his father.

“The relation between father and son is well brought out in the Chronicler’s account of the Ammonite war. In 2 Ch 26:8 we are told that “the Ammonites gave tribute (the King James Version “gifts”) to Uzziah,” such gifts being compulsory, and of the nature of tribute. In 2 Ch 27:5 we are told that the actual conquest of Ammon was made by Jotham, and that for 3 successive years he compelled them to pay an annual subsidy of 100 talents of silver and 10,000 “cors” each of wheat and barley (the cor (Hebrew kor) was about 10 bushels). The campaign on the East of the Jordan was the only one in which Jotham took part, but as the state suffered no loss of territory during his regency, the external provinces must have been strongly held and well governed.”

Jotham succeeded and prevailed, the Scripture says, in all he put his hand to do, because he did what was right in the sight of the LORD. He ordered his ways, i.e., he conformed his own ways so that they aligned with the way of walking commanded by the LORD in Torah.