You are here: Home / Bible Study / bible for beginners / Genesis 40

This paragraph makes its own Chiastic Structure. 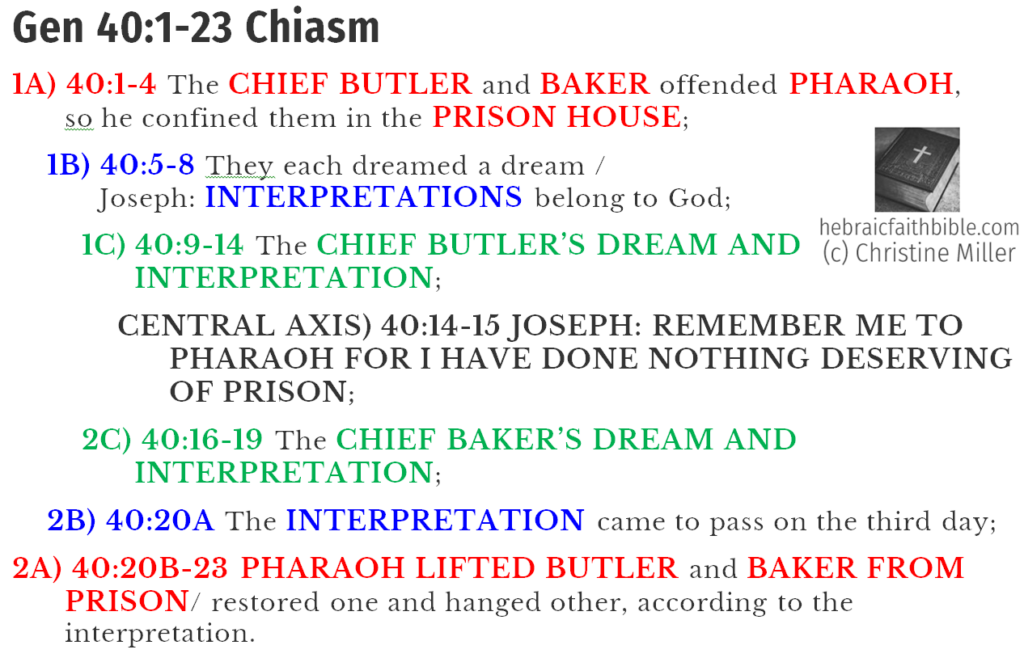 And it also concludes a multi-chapter Chiastic Structure. 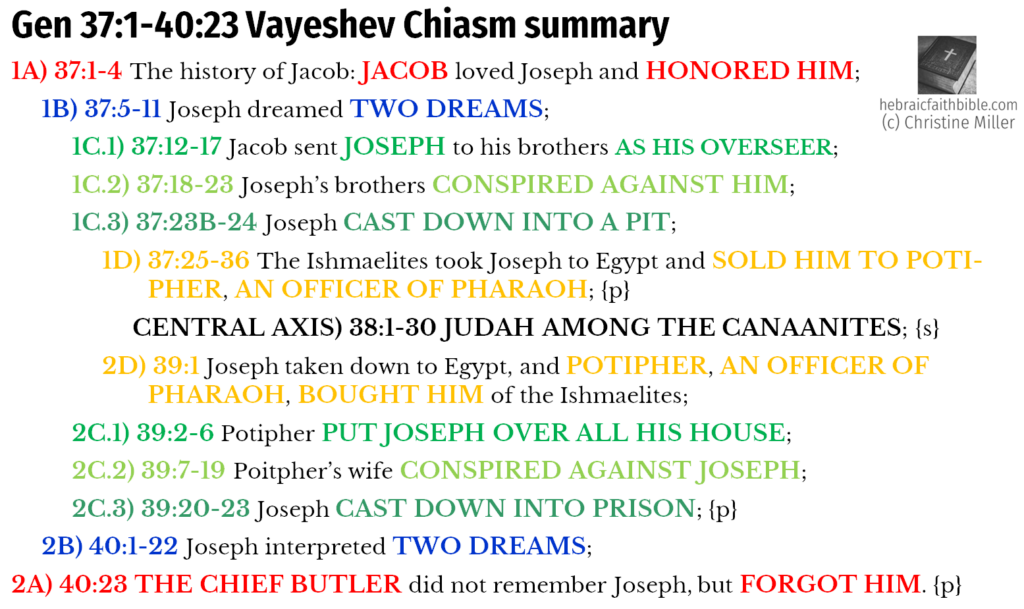 Three is a Sign of Messiah in the Bible, and in today’s passage threes figure prominently. In the chief butler’s dream, the vine had three branches which budded, and Joseph’s interpretation was that the three branches meant three days. On the third day, Pharaoh will raise him up out of the prison house and restore his former life to him. Besides the sign of three, this is also the sign of resurrection and life. Being cast into slavery or being cast into prison is a Torah metaphor for death, for it ends the life previously known. So the chief butler’s previous life was ended when he was cast into prison, but on the third day (according to the interpretation) he would be raised up and his life would be restored to him.