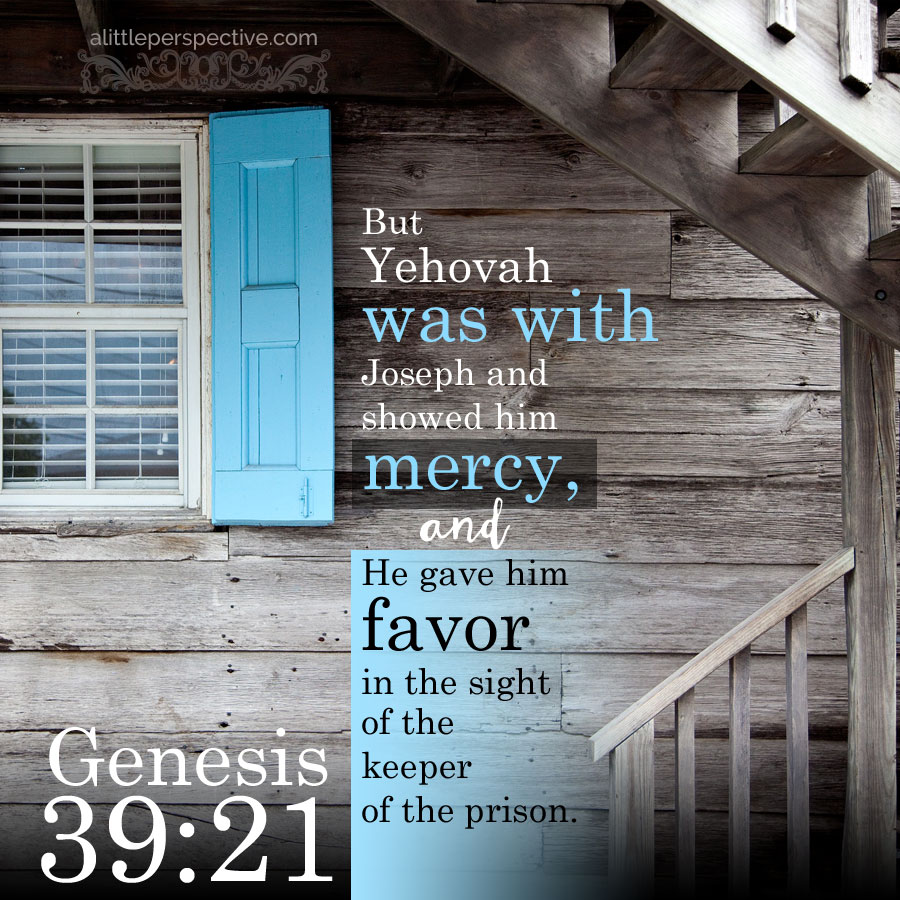 Gen 39:1-23 {p} Joseph departed from his brothers among the Egyptians

The story the pictographs are telling is of concealed (tsadey) authority (lamed) advancing despite barriers (chet). The root was originally a military term used in connection to a concealed military party progressing despite barriers such as rivers or walls. Thus derivatives of the root include shadow, shade, as an army takes advantage of the concealment keeping to the shadows affords; spear, as the weapon wielded by an army; and even bowl, as the clay is so formed so that it sides advance upward from the base.

I find it interesting that concrete opposites keep showing up in the life of Joseph. His father loves him, his brothers hate him. Judah’s firstborn is wicked, Tamar is righteous. Joseph is cast down by men, and advanced up by God.

Strong’s H2580, chen, an abstract concept meaning “grace,” from Strong’s H2603, chanan, a primitive root meaning “to be inclined toward, to be favorably inclined.” The ancient pictographs are chet + nun + nun:

The story the ancient pictographs are telling is of the wall (chet) which continues (nun) to benefit the children (nun). In ancient days the family tents of the clan were arranged in a large circle, forming a wall. This circular wall, a wall which continues, enclosed the area of safety for the children of the clan within. This was their home: a place of safety, beauty, favor, and lovingkindness. According to The Ancient Hebrew Lexicon, the English word “home” is from the ch-n root, transposing the m sound for the n over time. Chen, grace, is the same grace that Noah found in the eyes of YHVH (Gen 6:8).