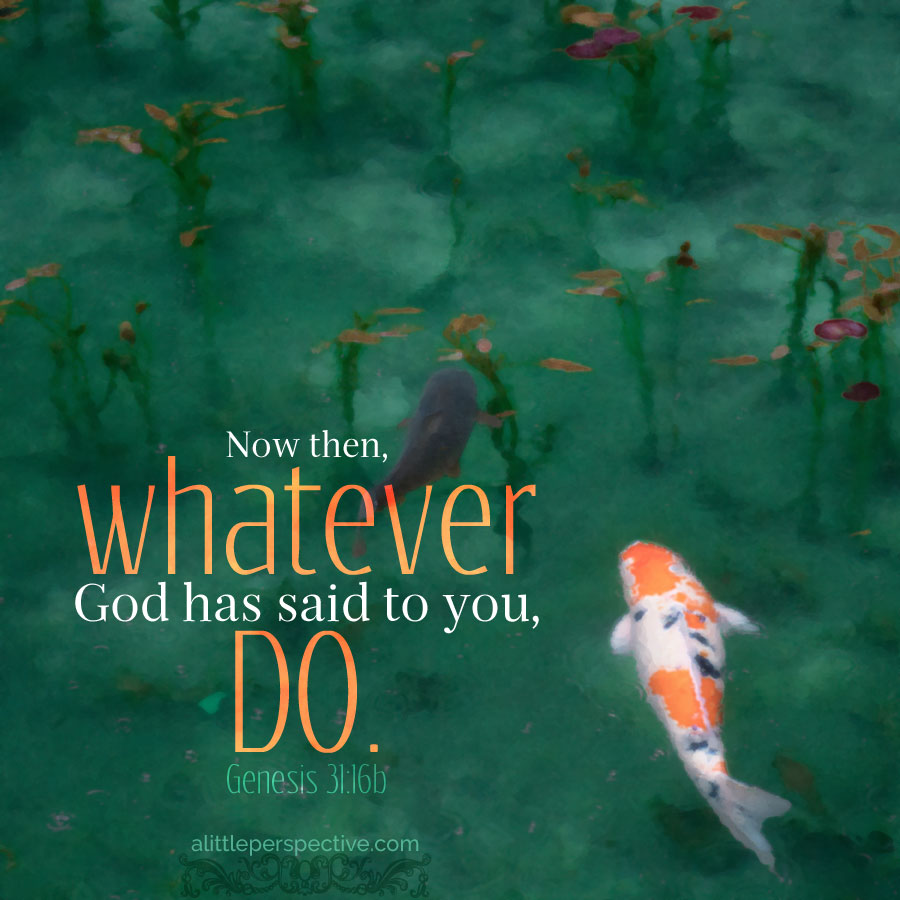 1a) Gen 31:4-5a Jacob called Rachel + Leah: “I see your father’s countenance, that it is not favorable toward me as before;

1a) Gen 31:5b But the God of my father has been with me;
1b) Gen 31:6-7a With all my power I have served your father/ he has mocked me + changed my wages ten times;
central axis) Gen 31:7b But God suffered him not to hurt me;
2b) Gen 31:8 If he said, ‘The speckled shall be your wages;’ then all the flock bore speckled; and if he said, ‘The streaked shall be your wages;’ then bore all the flock streaked;
2a) Gen 31:9 Thus God has taken away the livestock of your father, and given them to me;

central axis) Gen 31:19 Now Laban was gone to shear his sheep. And Rachel stole the teraphim that were her father’s;

The 2B pair contains a sign of Messiah: on the third day, the sign of resurrection and life, it was told Laban that Jacob had fled. In other words, Jacob being released from Laban’s service was new life to him, as Laban had changed his favorable opinion of Jacob, and as a result Jacob’s service had become oppressive; a pit and a trap. Laban was using Jacob, manipulating Jacob, and trying to control Jacob for his own benefit, but God did not let him hurt him.

The larger Messianic prophecy is one of life from death on the third day. Notice also that once Jacob was freed from Laban, his destination is the Promised Land!!