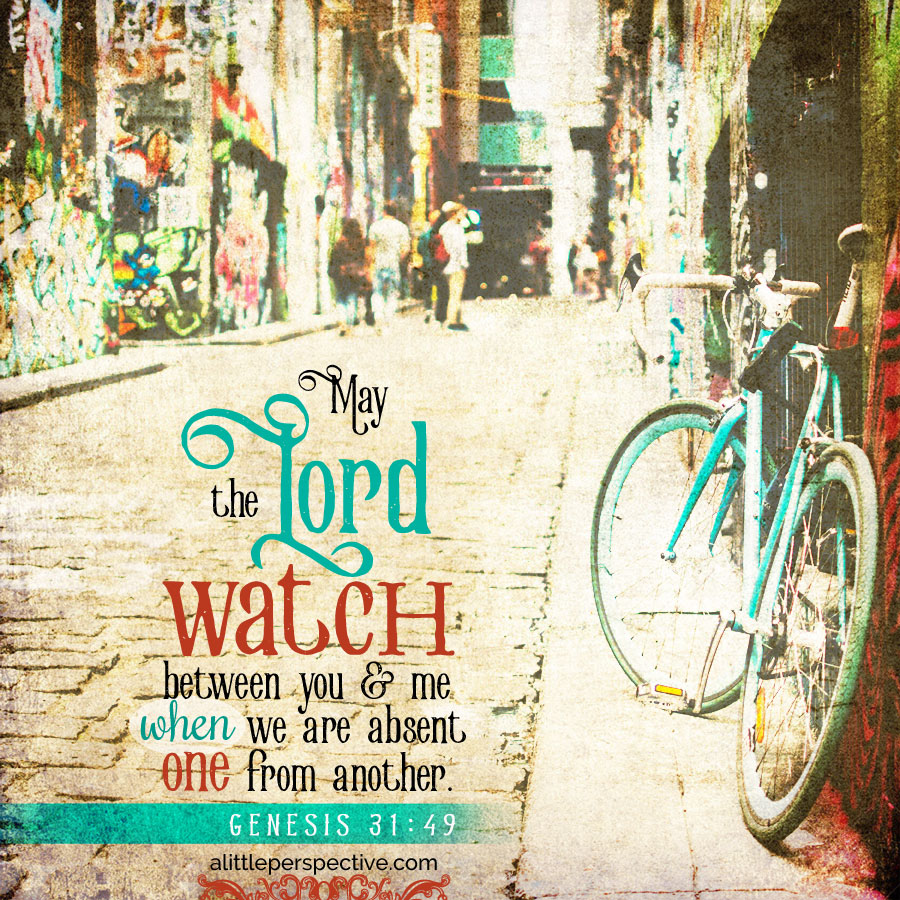 1a) Gen 31:26-27a Laban said to Jacob: What have you done, that you have stolen away unknown to me, and carried away my daughters like captives taken with the sword? Why did you flee away secretly, and steal away from me, and not tell me;
1b) Gen 31:27b-28a For I might have sent you away with joy, songs, timbrel, harp/ You did not allow me to kiss my sons + my daughters;
1c) Gen 31:28b Now you have done foolishly in so doing;
central axis) Gen 31:29a It is in my power to do you harm;
2c) Gen 31:29b But the God of your father spoke to me last night: “Be careful that you speak to Jacob neither good nor bad;”
2b) Gen 31:30a Now you have surely gone because you greatly long for your father’s house;
2a) Gen 31:30b But why did you steal my gods?

1a) Gen 31:31-32a Jacob answered: Because I was afraid, for I said, ‘Perhaps you would take your daughters from me by force.’ With whomever you find your gods, do not let him live. In the presence of our brethren, identify what I have of yours and take it with you;
1b) Gen 31:32b For Jacob did not know that Rachel had stolen them;
1c) Gen 31:33a Laban went into Jacob’s tent, into Leah’s tent, and into the two maids’ tents;
central axis) Gen 31:33b But he did not find them;
2c) Gen 31:33c Then he went out of Leah’s tent and entered Rachel’s tent;
2b) Gen 31:34-35a Now Rachel had taken the household idols, put them in the camel’s saddle, and sat on them. And Laban searched all about the tent but did not find them. And she said to her father, ‘Let it not displease my lord that I cannot rise before you, for the manner of women is with me;’
2a) Gen 31:35b And he searched but did not find the household idols;

1a) Gen 31:36a Then Jacob was angry and rebuked Laban, and Jacob answered and said to Laban;
1b) Gen 31:36b-37 What is my trespass? What is my sin, that you have so hotly pursued me? Although you have searched all my things, what part of your household things have you found? Set it here before my brethren and your brethren, that they may judge between us both!
1c) Gen 31:38a These twenty years I have been with you;
central axis) Gen 31:38b-40 Your ewes and your female goats have not miscarried their young, and I have not eaten the rams of your flock. That which was torn by beasts I did not bring to you; I bore the loss of it. You required it from my hand, whether stolen by day or stolen by night. There I was! In the day the drought consumed me, and the frost by night, and my sleep departed from my eyes;
2c) Gen 31:41-42a Thus I have been in your house twenty years; I served you fourteen years for your two daughters, and six years for your flock, and you have changed my wages ten times. Unless the God of my father, the God of Abraham and the Fear of Isaac, had been with me, surely now you would have sent me away empty-handed;
2b) Gen 31:42b God has seen my affliction and the labor of my hands;
2a) Gen 31:42c And rebuked you last night;

1a) Gen 31:43-44a Laban answered: These daughters are my daughters, and these children are my children, and this flock is my flock; all that you see is mine. But what can I do this day to these my daughters or to their children whom they have borne? Now therefore, come, let us make a covenant, you and I;
1b.1) Gen 31:44b And let it be a witness between you and me;
1b.2) Gen 31:45-46 So Jacob took a stone and set it up as a pillar. Then Jacob said to his brethren, “Gather stones.” And they took stones and made a heap, and they ate there on the heap;
1c) Gen 31:47 Laban called it Jegar Sahadutha, but Jacob called it Galeed;
central axis) Gen 31:48a Laban said: This heap is a witness between you and me this day;
2c) Gen 31:48b-50a Therefore its name was called Galeed, also Mizpah, because he said: May YHVH watch between you and me when we are absent one from another. If you afflict my daughters, or if you take other wives besides my daughters, although no man is with us;
2b.1) Gen 31:50b See, God is witness between you and me!
2b.2) Gen 31:51-52a Then Laban said to Jacob: Here is this heap and here is this pillar, which I have placed between you and me. This heap is a witness, and this pillar is a witness;
2a) Gen 31:52b-54 That I will not pass beyond this heap to you, and you will not pass beyond this heap and this pillar to me, for harm. The God of Abraham, the God of Nahor, and the God of their father judge between us. And Jacob swore by the Fear of his father Isaac. Then Jacob offered a sacrifice on the mountain, and called his brethren to eat bread. And they ate bread and stayed all night on the mountain;

2a) Gen 31:55 Early in the morning Laban arose + kissed his sons, daughters + blessed them/ Laban departed + returned to his place.

The original Hebrew from the ancient pictographs solves the B pair puzzle.

1) galal, to roll, is gimel + lamed + lamed. The ancient pictographs are:

The story the ancient pictographs are telling is to walk (gimel) as one has been taught or instructed (lamed), again and again (repeated lamed). A Hebrew root gives rise to several “daughter” words; one of which, for galal, is “to dance in a circle.” Another is the adjective “round.” Even the primitive root “to roll” keeps the idea of circular, round; because only a rounded stone can be rolled; a stone block has to be moved by another means. But what does walking as instructed have to do with circles? We are instructed to celebrate the feasts of YHVH, which come around again and again in a cycle, a pattern which repeats in a circle.

2) uwd, to testify, is ayin + vav + dalet. The ancient pictographs are:

The story the ancient pictographs are telling is of what one has seen or witnessed (ayin) secured (vav) by oath (hey). All oaths in the ancient world were made by swearing on the deity as the greater, and the one who had the power to punish the oath-breaker, thus, “As YHVH lives,” “May YHVH do to me and more also,” etc. Thus the hey is meant in its aspect of worship.