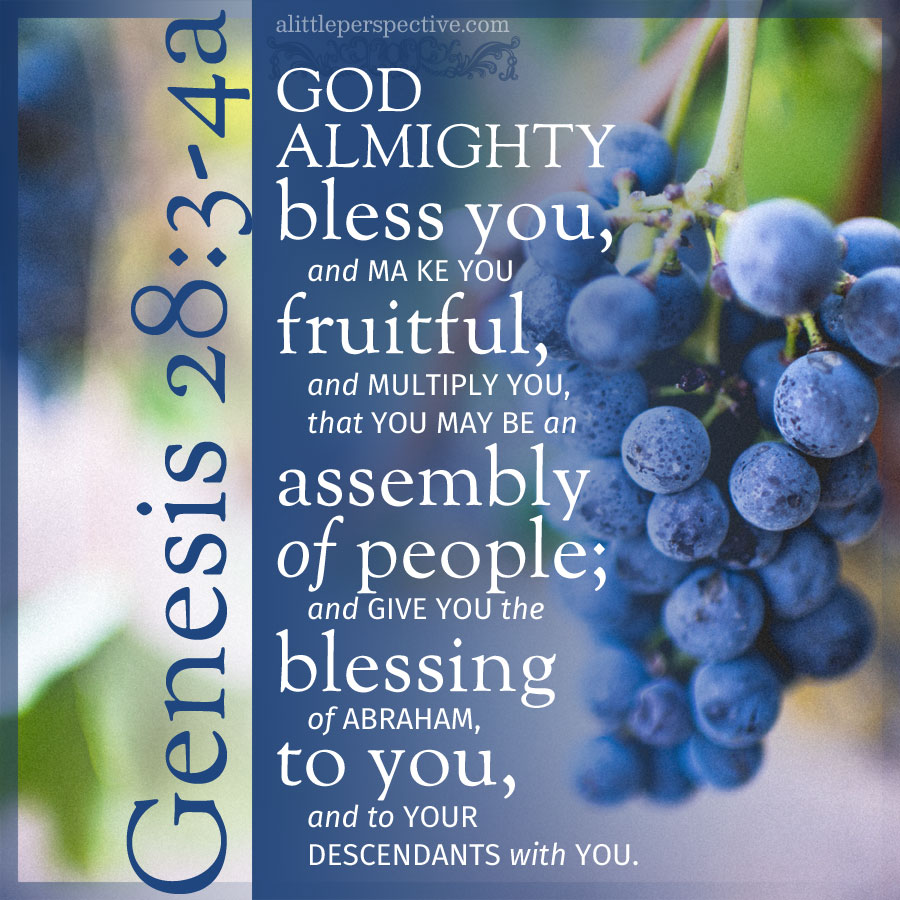 1b.1) Gen 27:1-4 Isaac commanded Esau to bring him game/ receive the firstborn blessing;

1a) Gen 27:14a He went and got them + brought them to his mother;
1b) Gen 27:14b His mother made savory food, such as his father loved;
central axis) Gen 27:15-16 Rebekah took the choice clothes of her elder son Esau, which were with her in the house, and put them on Jacob her younger son. And she put the skins of the kids of the goats on his hands and on the smooth part of his neck;
2b) Gen 27:17a Then she gave the savory food + the bread, which she had prepared;
2a) Gen 27:17b Into the hand of her son Jacob;

“See, the smell of my son is as the smell of a field which Yehovah has blessed. So God give you of the dew of heaven, and of the fat places of the earth, and plenty of corn and wine. Let peoples serve you, and nations bow down to you. Be lord over your brethren, and let your mother’s sons bow down to you. Cursed be every one that curses you, and blessed be every one that blesses you;”

2c) Gen 27:30b And Jacob was yet scarce gone out from the presence of Isaac his father;

1a) Gen 27:46 Rebekah to Isaac: If Jacob takes a wife of the daughters of Heth, what good will my life be to me?

1b) Gen 28:1-2 Isaac charged Jacob: Do not take a wife of the daughters of Canaan, but go to Padan Aram, to the house of your mother’s people;
central axis) Gen 28:3-4 “May God Almighty bless you, and make you fruitful and multiply you, that you may be an assembly of peoples; and give you the blessing of Abraham, to you and your descendants with you, that you may inherit the land in which you are a stranger, which God gave to Abraham;”
2b) Gen 28:5 Isaac sent Jacob away to Padan Aram, to Laban, the brother of Rebekah;
2a) Gen 28:6-9 {s} Esau saw that the daughters of Canaan did not please his father/ he took the daughter of Ishmael to wife;

1a) Gen 28:6a Esau saw that Isaac had blessed Jacob + sent him away to take a wife;
1b) Gen 28:6b That he gave him a charge: “You shall not take a wife from the daughters of Canaan;”
central axis) Gen 28:7 That Jacob had obeyed his father + mother, and had gone to Padan Aram;
2b) Gen 28:8 Also Esau saw that the daughters of Canaan did not please his father Isaac;
2a) Gen 28:9 {s} So Esau took Mahalath the daughter of Ishmael to wife in addition to the wives he had.