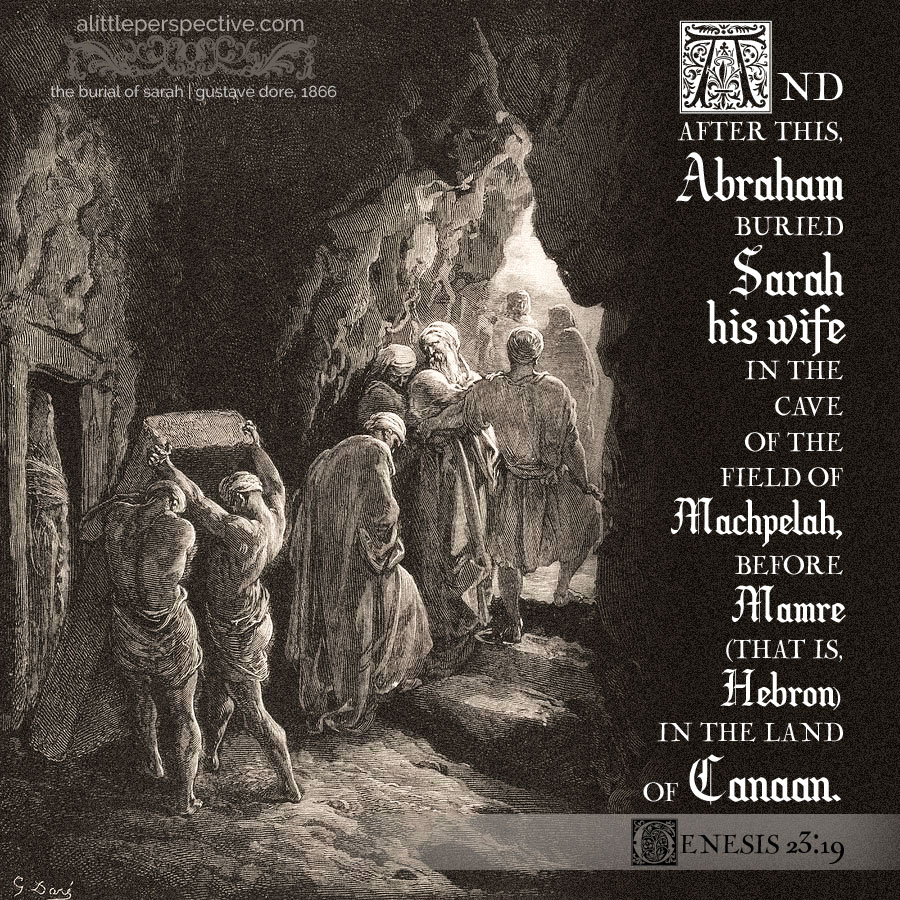 And Abraham rose up from before his dead, and spoke to the children of Heth, saying: “I am a stranger and a sojourner with you: give me a possession of a burying-place with you, that I may bury my dead out of my sight.”

stranger is Strong’s H1616, ger, from Strong’s H1481, guwr, a primitive root meaning “to turn aside from the way, to tarry.” The ancient Hebrew pictographs are the gimel + vav + resh:

The story the ancient pictographs are telling is of a walking (gimel) man (resh), i.e., a traveler, not a resident. The addition of the vav is interesting. It is not needed in order to convey the meaning of a traveler, a non-resident, an alien. But it provides the additional detail of security. A tent peg, after all, is that which secures the tent to the ground. The full picture of ger, then is of a secure (vetted?) stranger, as opposed to a spy or a criminal.

sojourner is Strong’s H8453, toshav, from Strong’s H3427, yashav, a primitive root meaning “to sit down.” The ancient Hebrew pictographs are the yud + shin + bet: