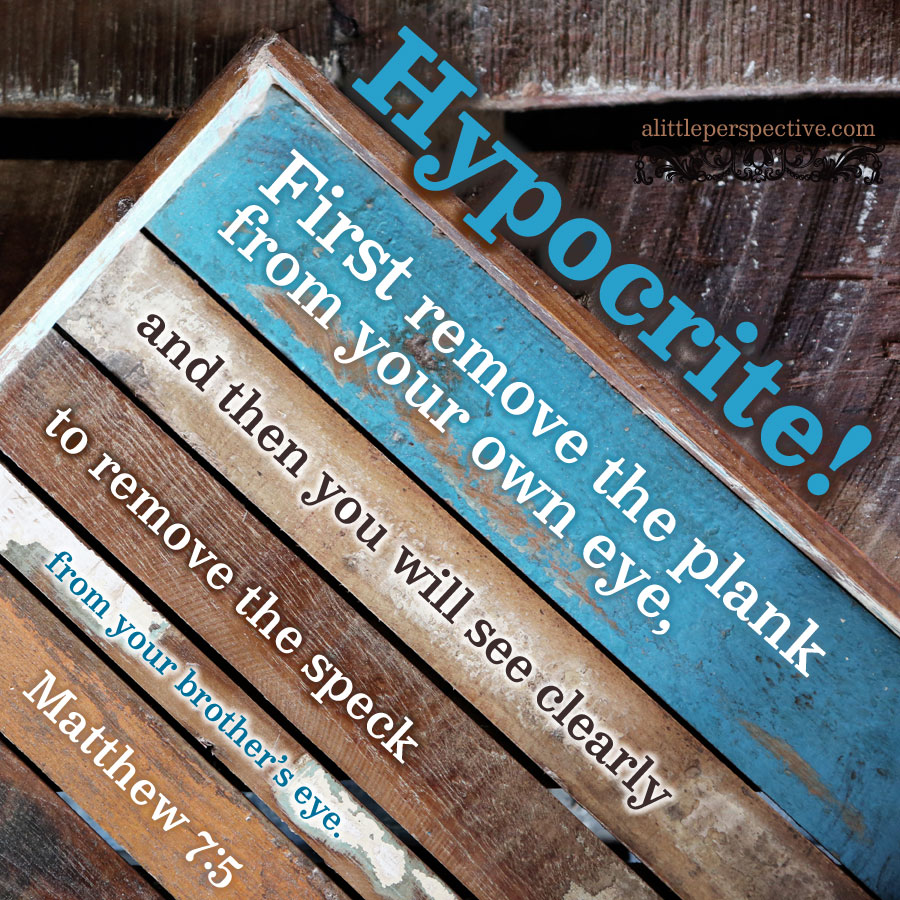 If you heard the #FakeNews Misleadia “reeeing” over children separated from their parents recently, just remember: it is all fake hypocritical outrage. Did they tell you that the Obama Administration placed separated children with human traffickers? The Fake News Misleadia was *crickets.* And that is how you know the outrage is fake, fake, fake as the day is long. 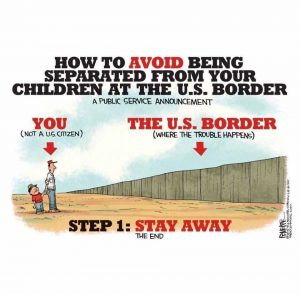 Proof the outrage is fake 1 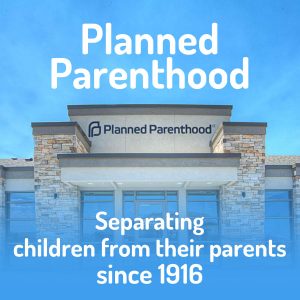 Proof the outrage is fake 2

If the Fake News Misleadia really cared about children being separated from their parents, why were they not outraged at this statement in 2014?

Proof the outrage is fake 3 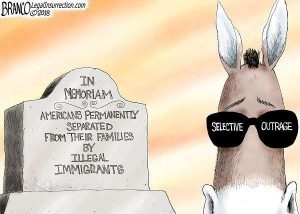 On Jan 21, 2016, Sarah Root was permanently separated from her parents when a foreign national illegally residing in the US was street racing while intoxicated. Sarah was a straight A student and died the day she graduated from college.

Proof the outrage is fake 4

January 26, 2018: DHS/ CPS taking kids without a court order based on rumors. If the Fake News Misleadia really cared about children being forcibly separated from their parents, why were there not marches on Washington over this incident and hundreds like it six months ago?

Proof the outrage is fake 5 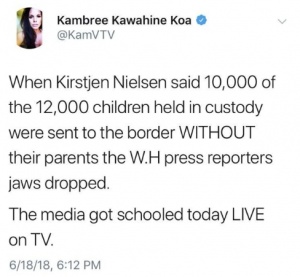 Yesterday Kirstjen Nielsen, the head of the Department of Homeland Security, which oversees Immigration and Customs Enforcement and the U.S Border Patrol, gave a press briefing on this issue. The vast majority of the children in question are being sent to the border alone without their parents. Their parents send them alone. This is not a recent development but predates the Trump Administration. If the Fake News Misleadia really cared about children being separated from their parents, why were they not outraged by this happening years ago?

Proof the outrage is fake 6

“The agency placed 90,000 migrant children into sponsor care between 2013 and 2015. Exactly how many of those fell prey to traffickers is unknown, because the agency does not keep track.”

“The department performed check-in visits at caretakers’ homes in only 5 percent of cases ..” 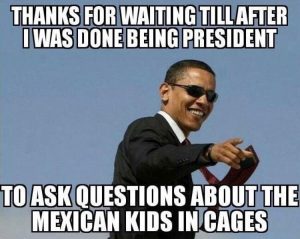 The human trafficking reports came out in January 2016 based on DHS practices from 2013 -2015. If the Fake News Misleadia really cared about children being forcibly separated from their parents, why were they not outraged 2-1/2 years ago when AP first published its expose? I think you know the answer to that.

Proof the outrage is fake 7 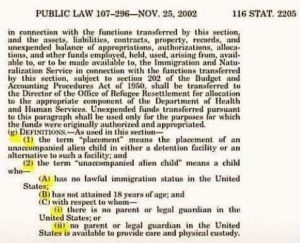 The Homeland Security Act was passed by a Democrat majority Senate in 2002 when George W. Bush was President. This is the most current law instructing the DHS in handling migrant children which the agency follows today. Chuck Schumer voted yes in support of the Act. If the Fake News Misleadia really cared about children being forcibly separated from their parents, where was the outrage for the past 15 years?

By the way, President Trump has been asking for Democrat cooperation in Congress to pass new, better, more secure, and more compassionate immigration law since taking office. Congress has been slow to respond. Please be assured that the President is not a fascist dictator, and this is only one proof. Dictators overrule legislators and take absolute power, something the President is refusing to do.

Proof the outrage is fake 8

The AP ran a story today titled, Young immigrants detained in Virginia center allege abuse. Why do I think this is a retroactive attempt to smear the current administration? Because buried in the story is this little detail: “Most children held in the Shenandoah facility who were the focus of the abuse lawsuit were caught crossing the border illegally alone. They were not the children who have been separated from their families under the Trump administration’s recent policy and are now in the government’s care.” [ One caveat: the policy isn’t recent. The AP will print a correction later that no one will see after the damage has already been done.] The dates of the alleged abuse were during the prior administration. But I think AP knows that most people just read the headline and the first paragraph, and then run with an emotional response. (By the way, The Huffington Post today followed suit with the same play.)

Proof the outrage is fake 9

Leaked Images Reveal Children Warehoused in Crowded U.S. Cells, Border Patrol Overwhelmed
“Breitbart Texas obtained internal federal government photos depicting the conditions of foreign children warehoused by authorities on U.S. soil on Wednesday night. Thousands of illegal immigrants have overrun U.S. border security and their processing centers in Texas along the U.S./Mexico border.” The date of the report is June 5, 2014. Where was the Fake News hypocritical outrage then? *crickets*

Proof the outrage is fake 10

Proof the outrage is fake 11

Canada detains children in worse conditions than America under Trudeau, but no Trump means no outrage.

Proof the outrage is fake 12

This CNN segment on unaccompanied children held at the border was aired on June 24, 2014. No Fake News mass hysteria at the time.

Proof the outrage is fake 13 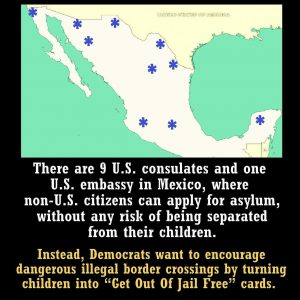 Did you know that the United States maintains multiple consulates all across Mexico where true asylum seekers can apply for asylum without having to undertake a dangerous journey and cross the border illegally, thus avoiding all kinds of trouble? But which of the Fake News hypocrite articles and social media posts informed you of that fact? Of course they didn’t – the outrage is fake, it is tool to manipulate policy and anti-Trump sentiment, not to actually solve a problem. 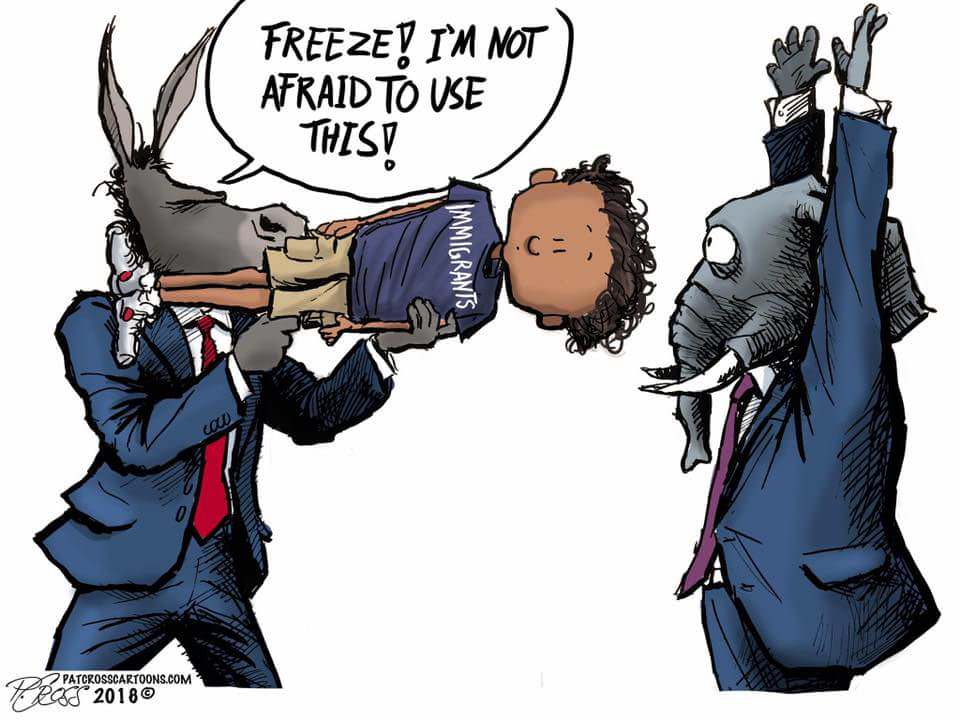 On June 18, 2018, ProPublica published the article, Listen to Children Who’ve Just Been Separated from their Parents at the Border. 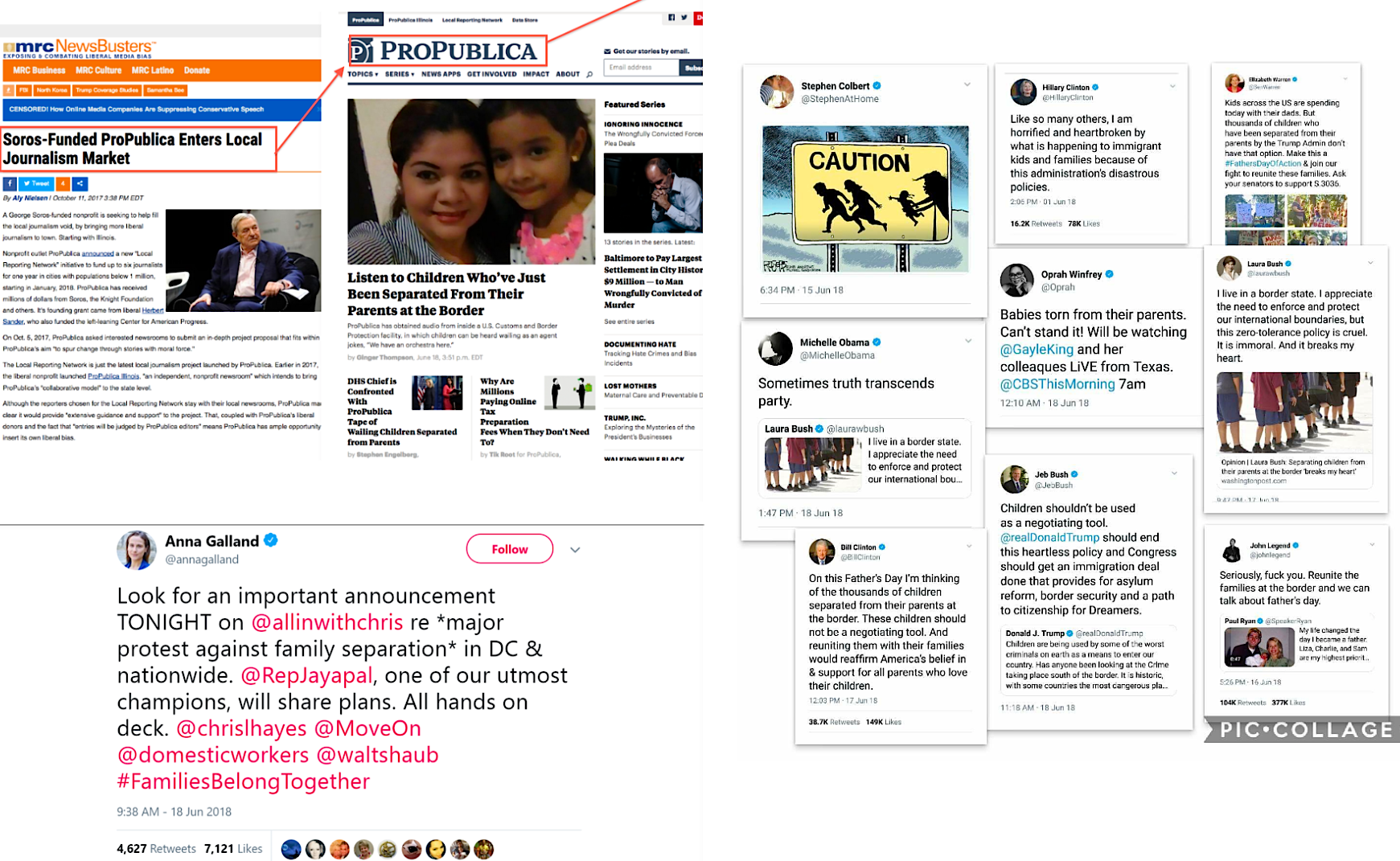 Update 2: Are journalists beginning to realize they are being manipulated for a political agenda? 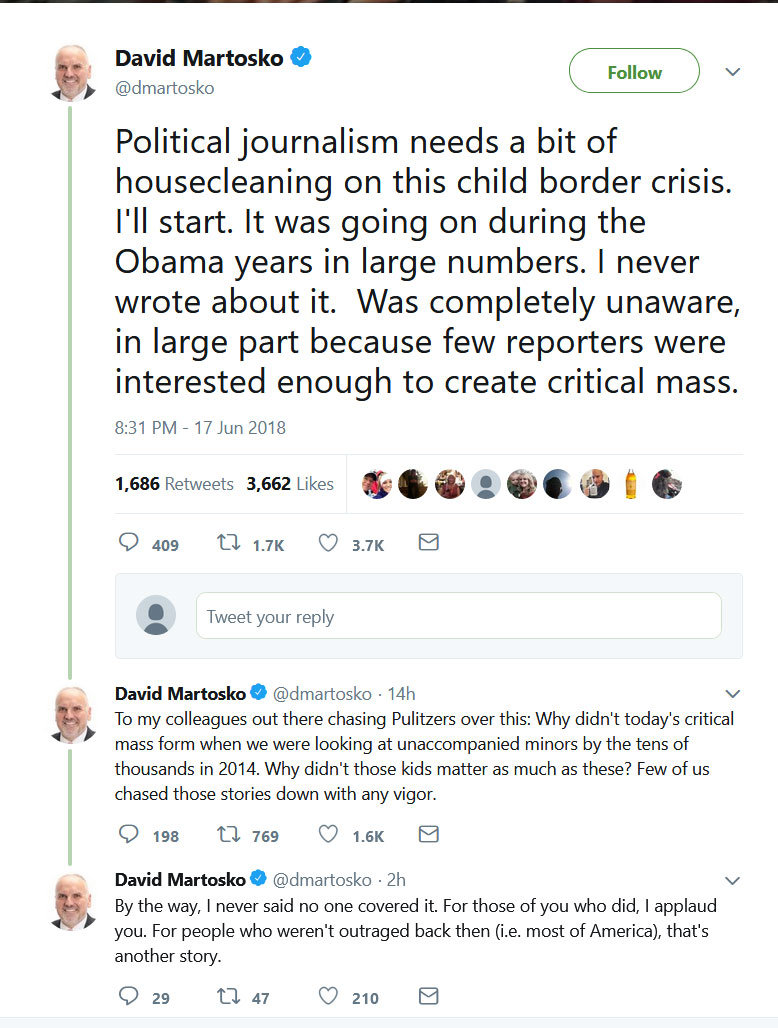 Maybe you have seen this photo circulated on social media: 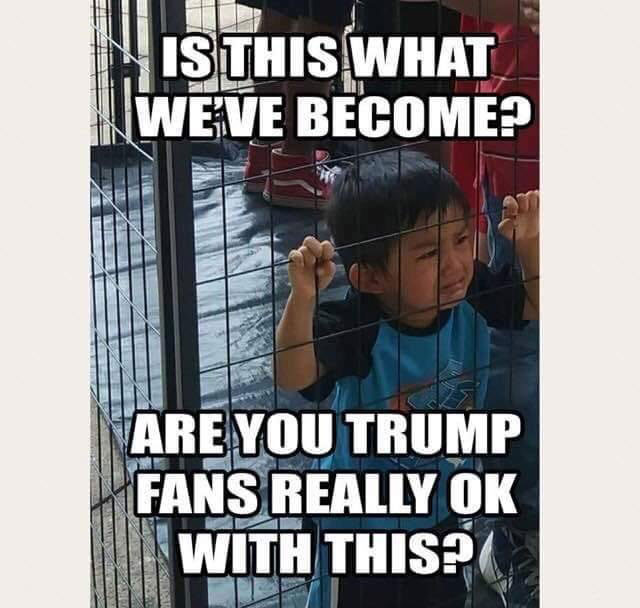 But I bet you didn’t see these photos: 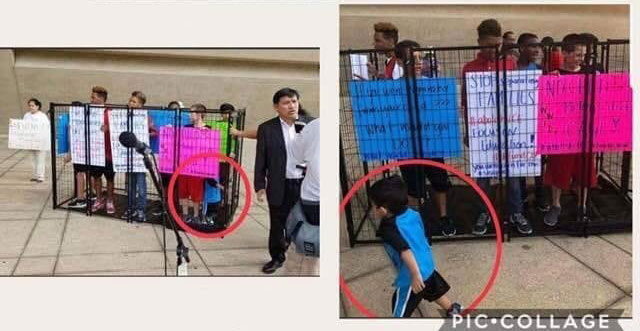 Run free, child actor, run free! The pics are from a protest (as you can see by the other kids with signs) but the cropped pic was originally aired by Telemundo. 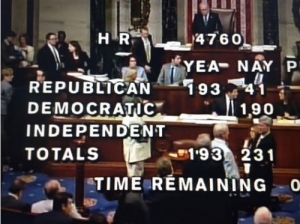 On Monday, June 26, 2018, 100% of Democrats in the House of Representatives obstruct HR 4760, which would have allowed immigrant families to remain together. They don’t want to solve the problem they are outraged over, they just want to be outraged over their political opponents. (Please note that 41 Republicans also obstructed this bill. There is a wing of the GOP – the Swamp wing – that is just as apoplectic over the President as the Democrats.