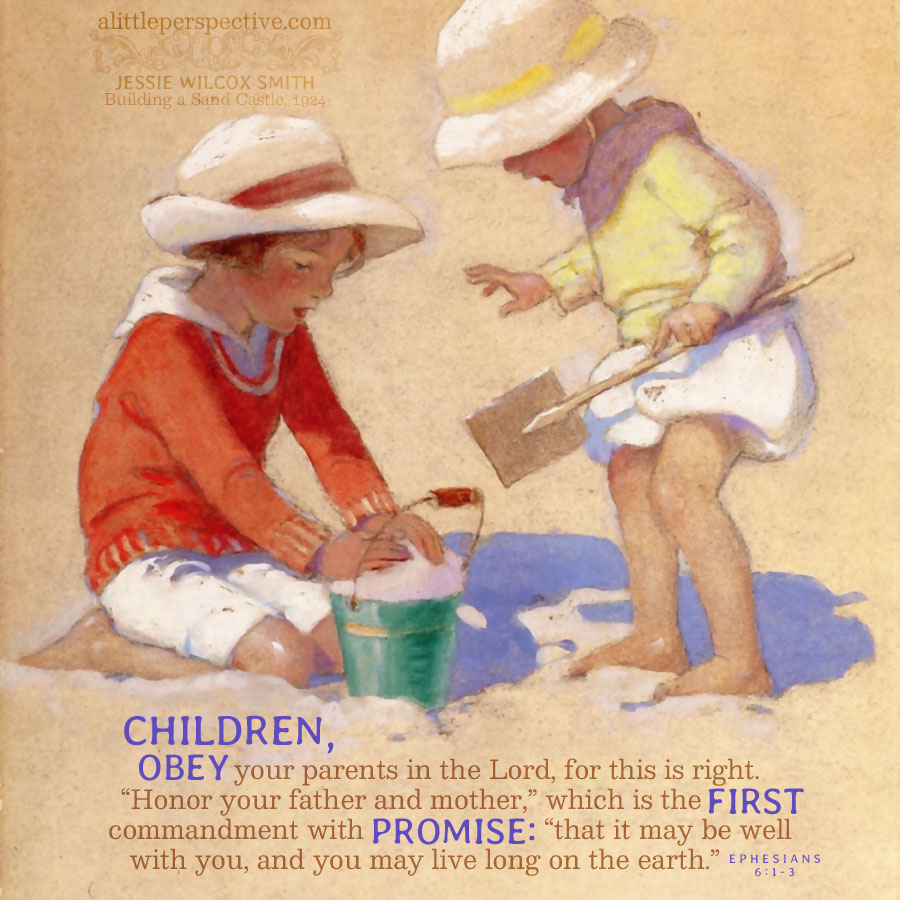 Honor your father and your mother, that your days may be long on the land which YHVH your God gives you. Exo 20:12

Honor is Strong’s H3513 כבד kabad, a primitive root meaning, “to be heavy.” The positive meaning of the verb is numerous, weighty, glorious; the negative meaning is burdensome, severe. The ancient pictographs are kaph + bet + dalet.

In ancient days, the covering (kaph, as the father’s open palm covers the head of his son when he blesses him) of the tent (bet) was made from a black goat hair fabric. It allowed for some light to come through, “giving the appearance of stars overhead,” according to the Ancient Hebrew Lexicon. Thus a related word to this root is the concrete noun for “stars.” As there is no end to the abundance of the stars overhead (Gen), the kaph + bet combination can signify “a great abundance” as it does here. So, a great abundance (kaph + bet) which hangs (dalet, as a door hangs from its frame) about a person.

How does this meaning inform the command, to honor? You treat your father and mother as if a weight of glory covers and surrounds them, because in fact, it does, even if only by reason of the position of delegated authority they hold from God.

Father is Strong’s H1 אב ab, a primitive noun (with no verbal root) meaning, “father.” The pictographs are aleph + bet.

The story being told is that the father is the strong one (aleph) of the house (bet).

No one can enter a strong man’s house and plunder his goods, unless he first binds the strong man. And then he will plunder his house. Mar 3:27

Fathers, if you want to protect your wife and children from being plundered by the liar and father of lies who only comes to kill, steal, and destroy, do not allow yourself to be bound, and prevented from acting in your God-given strength of might and leadership within your home. Political correctness and modern feminism are tools used by the enemy to bind the strong man through feigned outrage and fake guilt association.

Mother is Strong’s H517 אם em, a primitive noun (with no verbal root) meaning “mother.” The pictographs are aleph + mem.

According to the Ancient Hebrew Lexicon, ancient people used to put animal hides in a pot of boiling water, and skim off the thick substance that formed at the surface, to use as glue. Thus the strong (aleph) water (mem) is the glue that holds together, as the mother is the glue that holds the family together. By the way, the ancient method of making “strong water” is still the basis of glue production today.

I cannot see how the the weak paragraph of Exo 20:12 makes a chiastic structure, but I am sure the strong theme will! ♥