You are here: Home / Bible Study / eschatology (end times) / the parable of his return, part two 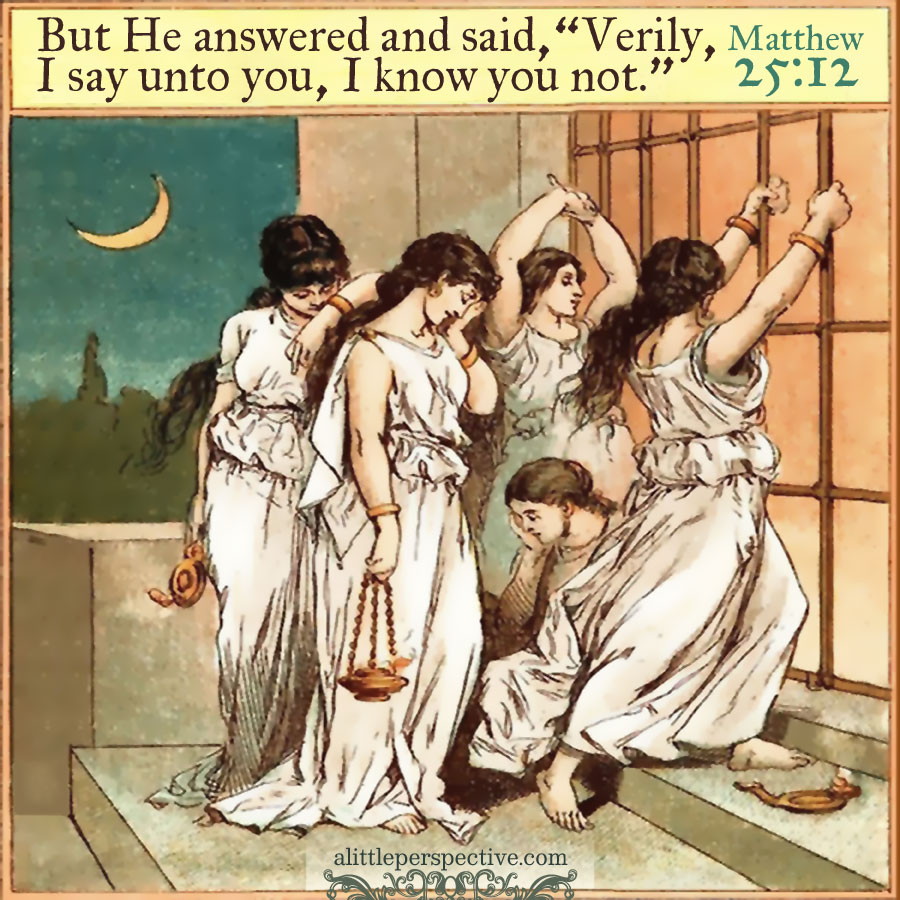 Now Hebrew weddings, especially before the great dispersions of 70 ad and 135 ad, were week- long celebrations. It was very common to not know the day or hour in which the wedding would take place, only the season. Hebrew weddings were in two parts. The first part was the betrothal, in which the bridegroom chose his bride, the bride consented, and the marriage contract, or covenant, was drawn up and witnessed. This covenant was as binding as a marriage for the purity of both parties to each other.

Then the bridegroom returned to his father’s house, where he worked as hard as he could to build a home for his bride. He also had to save up a full year’s worth of provision, for it says in Deu 24:5 that the bridegroom, when he takes a new wife, must not be charged with any business for a full year, for his only obligation his newlywed year is to be free at home and bring happiness to his wife whom he has taken. (Can you imagine how many marriages would be built on a rock- solid foundation if we followed that commandment today?)

Now the parable of the ten virgins makes more sense. Now we know why the bridegroom, the bride, and the ten virgins knew the season the wedding would take place, but not the exact day or hour. The bridegroom was delayed in finishing his preparations and acquiring his father’s final approval before going to his bride’s father; but once his bride’s father gave his consent, the announcement was made, “Behold, the bridegroom is coming!” This announcement corresponds to the Feast of Trumpets, the day the trumpet call goes forth that the Bridegroom is coming! Everyone, wake up from your slumber and make yourselves ready to meet Him!

Then shortly thereafter, the Bridegroom comes, and those who are ready go in with Him to the marriage supper of the Lamb, and the door is shut. We know that when we go in to the wedding, we are given wedding garments to wear; shining white robes of the righteousness of the Lamb. This is the Day of Atonement. Then at the end of the Day of Atonement, the door is shut. For now, we have been betrothed to a husband, but our marriage supper has not yet taken place. Our Bridegroom has gone to prepare a place for us, and will return for us when all is ready. While He is gone, the door of heaven is standing open, but when He returns, the door to the wedding will be shut.

And then the marriage supper of the Lamb will take place, for seven days of feasting and celebration, and this is the Feast of Tabernacles — God dwelling with man, in Emmanuel, “God with us”! Following the seven- day marriage supper, there is the 8th day, a sabbath of rest. We are told nothing about the 8th day other than this. You know, in 6 days God created the heavens and the earth, and on the 7th day He rested from all His work. For 6000 years, the earth has labored under the burden of sin, but the 7th millennium under the reign of the King of kings and Lord of lords will be a millennium of rest. And the 8th millennium? Eye has not seen, nor ear has heard, all that God has prepared for those who love Him. But the Bridegroom’s only duty His newlywed “year” is to bring happiness to the wife whom He has taken.

We have not realized the extent of the joy that is to be ours, Beloved, at His coming!

So why fasting and mourning for us on the Day of Atonement?