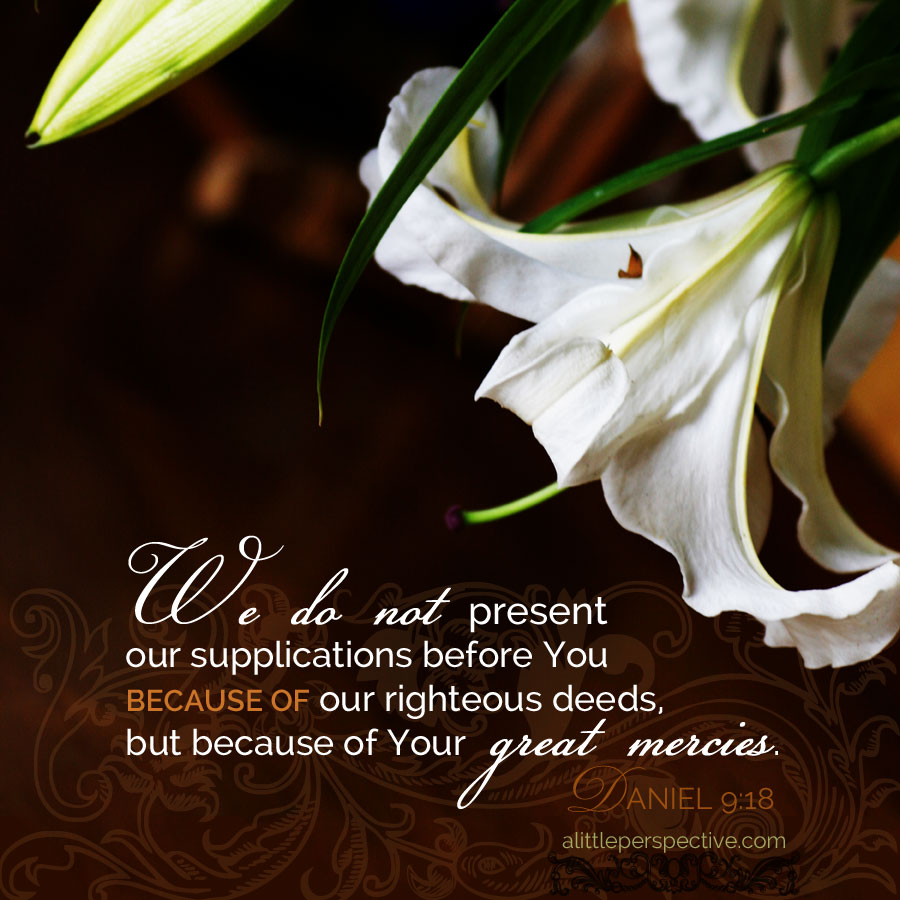 Read Daniel 9 and 10 at Bible Gateway.

Dan 9:1-27 {p} Daniel’s prayer of repentance/ Gabriel’s answer, the seventy- week prophecy of Messiah
Dan 10:1-3 {p} Daniel’s mourning + fasting for three weeks/ a message + understanding revealed to him
Dan 10:4-21 {p} The coming of the angel in response to Daniel’s prayer/ he strengthens Daniel to hear

1) Dan 9:1-19, Daniel’s prayer of repentance/ plea for restoration, according to Jeremiah’s prophecy;
2) Dan 9:20-23a, The angel’s coming in response to Daniel’s prayer, for he is greatly beloved;

1b) Dan 9:23b, Therefore consider the matter, and understand the vision;

1d) Dan 9:24b, [Messiah shall] set a seal upon vision and prophecy + anoint the Most Holy;

central axis) Dan 9:26a, And after the sixty-two weeks Messiah shall be cut off, but not for Himself;

2e) Dan 9:26b, The people of the prince who is to come shall destroy the city + sanctuary/ desolations determined;

2c) Dan 9:27b {p} Middle of the week He shall end sacrifice, offering/ Abominations, appalment until its end;

2b) Dan 10:1, Message (truth) revealed to Daniel/ he understood the message + vision;

We will compare three translations: NKJV (Christian), the Hebrew Bible in English (Jewish), and Tree of Life (Jewish believers in Messiah) to help resolve translation issues and bias for or against Messiah.

Dan 9:24 NKJ: Seventy weeks are determined For your people and for your holy city, To finish the transgression, To make an end of sins, To make reconciliation for iniquity, To bring in everlasting righteousness, To seal up vision and prophecy, And to anoint the Most Holy.

Dan 9:24 HBE: Seventy weeks are decreed upon thy people and upon thy holy city, to finish the transgression, and to make an end of sin, and to forgive iniquity, and to bring in everlasting righteousness, and to seal vision and prophet, and to anoint the most holy place.

Dan 9:24 TLV: Seventy weeks are decreed concerning your people and your holy city, to put an end to transgression, to bring sin to an end, to atone for iniquity, to bring in everlasting righteousness, to seal up vision and prophecy, and to anoint the Holy of Holies.

Seventy weeks are determined for Daniel’s people: Jews, and for Daniel’s holy city: Jerusalem. When Christians apply this passage to the Gentile Church, they have already made a mistake. The angel tells what will be accomplished at the end of seventy weeks: transgression will be finished, sins will be brought to an end, reconciliation will be made for iniquity, and everlasting righteousness will be brought in. Also, vision and prophecy will be confirmed (literally, to affix a seal upon it: Strong’s H2856; seals were affixed on something to verify its authenticity and its authority, thus to confirm its veracity), and the Holy of Holies will be anointed. All this happened when Messiah Yeshua was crucified on the cross; He fulfills or confirms the prophecies of the Law and the Prophets (Mat 5:17), and He took His own blood to anoint the Holy of Holies (Heb 9:12). In other words, the angel is telling Daniel that 70 weeks are determined concerning the FIRST coming of Messiah, for everything that follows happens within the 70 weeks applied to the ending of transgressions and the atonement for iniquities.

Dan 9:25 NKJ Know therefore and understand, That from the going forth of the command to restore and build Jerusalem until Messiah the Prince, there shall be seven weeks and sixty-two weeks; the street shall be built again, and the wall, even in troublesome times.

Dan 9:25 HBE Know therefore and discern, that from the going forth of the word to restore and to build Jerusalem unto one anointed, a prince, shall be seven weeks; and for threescore and two weeks, it shall be built again, with broad place and moat, but in troublous times.

Dan 9:25 TLV So know and understand: From the issuing of the decree to restore and to build Jerusalem until the time Mashiach, the Prince, there shall be seven weeks and 62 weeks. It will be rebuilt, with plaza and moat, but it will be in times of distress.

At the time Daniel received this vision, Jerusalem was lying in desolate ruins. No one lived there. The angel says that the command will go forth to restore and build Jerusalem, and from the time of the command, until the coming of Messiah, there shall be 7 + 62 weeks. Why didn’t the angel just say 69 weeks? The command was first issued by Cyrus, then confirmed by one of his successors, Darius, later. The Temple was rebuilt first, then the wall and the city. So it was not accomplished all at once. Now doing some math, we understand that a week is seven days, so 69 weeks is the same as 69 x 7 days, or 483 days. The history books tell us the decree went forth approximately in 536 BC. 483 days later does not bring us to the time of Jesus the Messiah.

But it was close to 483 years from the decree of Cyrus to the time of Messiah Yeshua. Therefore Daniel establishes the principle that one day of prophetic time is the same as one year of historic time. This principle carries through and applies consistently to the days prophesied in Revelation as well. (Please see this post for more on the chronology.)

Dan 9:26 NKJ And after the sixty-two weeks Messiah shall be cut off, but not for Himself; and the people of the prince who is to come shall destroy the city and the sanctuary. The end of it shall be with a flood, and till the end of the war desolations are determined.

Dan 9:26 HBE And after the threescore and two weeks shall an anointed one be cut off, and be no more; and the people of a prince that shall come shall destroy the city and the sanctuary; but his end shall be with a flood; and unto the end of the war desolations are determined.

Dan 9:26 TLV Then after the 62 weeks Mashiach will be cut off and have nothing. Then the people of a prince who is to come will destroy the city and the sanctuary. But his end will come like a flood. Until the end of the war that is decreed there will be destruction.

The angel is telling Daniel, first, Jerusalem and the Temple will all be rebuilt; second, Messiah will come. Third, He will be cut off, and fourth, the city and the Temple will all be destroyed again. The first coming of Messiah is tied by this prophecy to the rebuilding and destruction of Jerusalem, between 538 BC, when the decree of Cyrus was issued, and 70 AD, when the Temple and the city was destroyed by the Romans.

Dan 9:27 NKJ Then he shall confirm a covenant with many for one week; but in the middle of the week He shall bring an end to sacrifice and offering. And on the wing of abominations shall be one who makes desolate, even until the consummation, which is determined, is poured out on the desolate.

Dan 9:27 TLV Then he will make a firm covenant with many for one week, but in the middle of the week he will put an end to sacrifice and offering. And on a wing of abominations will come one who destroys, until the decreed annihilation is poured out on the one who destroys.

This 70th week ought to properly be applied to the first coming of Messiah, as this entire prophecy of 70 weeks is (see verse 24), and not shunted off to the 2nd coming of Messiah as some say it is. The “he” who confirms the covenant during the 70th week is the same “he” who confirms the vision and the prophecy; and the “he” who causes sacrifice and offering to cease, is the same “he” who makes an end of transgression and brings in everlasting righteousness. The “He” is Messiah, not the prince of the people who is to come (why I believe this to be so).

Following the 70 weeks, is the wing of abominations that cause appalment – the state of being appalled, horrified, at things abhorrent. That appalment will last until the extermination which has been decreed, is fully poured out on that which causes the appalment in the first place. This is, I believe, a reference to the great image of Nebuchadnezzar’s dream in Dan 2, for the little stone cut out without hands (Messiah) will strike the image in its feet, and the whole thing will topple, while the little stone grows to a great mountain filling all the earth. When the image –the kingdoms of this world– is fully toppled and no more, that which causes appalment will have been fully exterminated. Its extermination is a process of time, and this is what Revelation reveals.