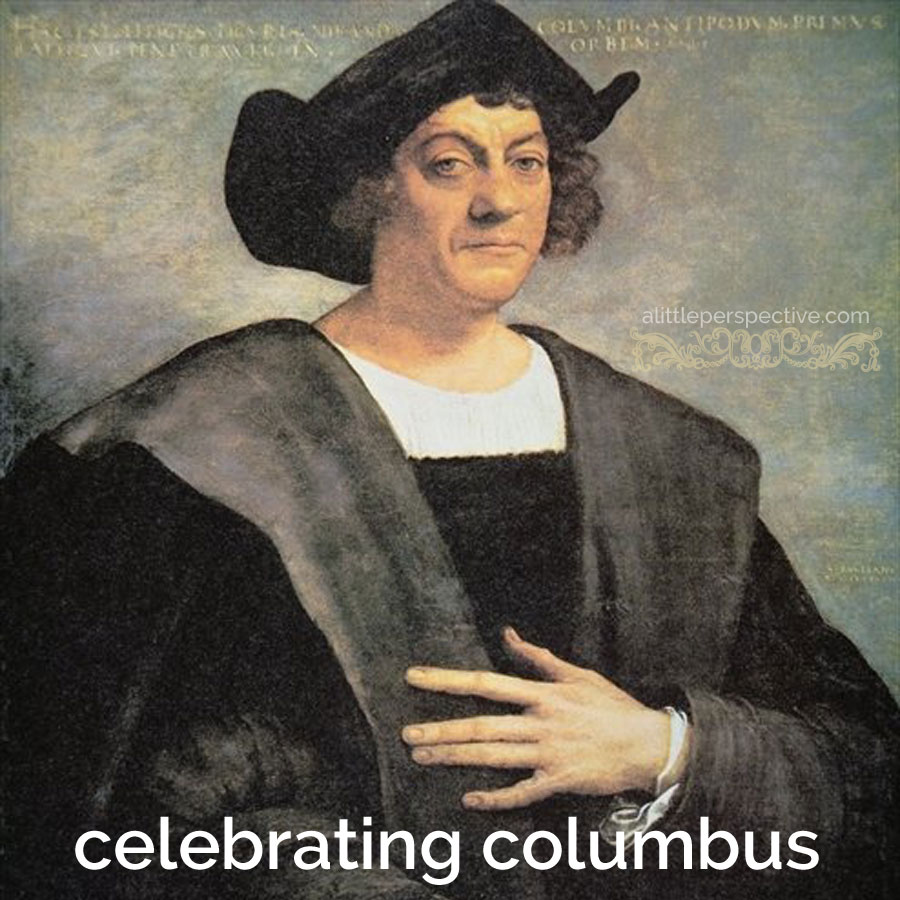 Columbus was a murderer …

It makes me wonder if anyone has ever read an accurate history of Columbus. He made four separate voyages westward from Spain to find the sea route to India. After his first successful voyage he was celebrated as a great man; but after his subsequent voyages he was disparaged, dishonored, and even imprisoned (did you know that?). His expectation was that he had found Japan, China, and the Spice Islands. They were well known for supplying a steady trade of gold, luxury items, and expensive spices until the Turkish conquest of Constantinople in 1453 had cut off the land route of trade to India and the East. So he continued looking for those things, not realizing he was in a different part of the world altogether.

On hindsight this is a huge error, but would any one of us have done differently had we been raised in his culture, and armed only with the knowledge that was available to him? Given that, it was a reasonable expectation.

He left outposts behind him, with Spaniards in charge of the outposts. His instructions were to treat the natives kindly and to learn their language, so that upon his return they could communicate with each other, while he continued his search for the rich civilizations of the East. He was not present when those he left behind mistreated and murdered natives. So how can he be personally charged with murder?

Now it is true that on one of his voyages they discovered a fierce tribe of Caribs, who were cannibals. They captured peoples of other tribes to eat, and even had baby farms, something straight out of a modern day horrific sci- fi scenario. Slave women were kept impregnated and bearing children, who were then eaten in gruesome Carib feasts. They did their best to execute this tribe for these crimes against humanity.

“In the early colonial period Caribs had a reputation as warriors who raided neighboring islands. Early Europeans claimed that they practiced cannibalism – the word “cannibal” derives from a corruption of their name.” Wikipedia, Island Caribs.

This bit of history is cited, but it goes so against the grain of the modern narrative of the “noble native” and the “evil European” that the very next line in Wikipedia states:

“However, Europeans may have embellished these aspects to rationalize enslaving the Caribs.”

There is no historical citation for this statement.

When Columbus failed to find rich cargoes of gold or spices, he did send islanders as slaves back to the Spanish slave market, to help defray the great expense of his voyages. Slavery is of course, a great evil. But if they sent the Caribs back as slaves, as the Wikipedia article suggests, then it helps to explain why “Columbus believed, as most men did then, that it was far better for the Indians to be slaves among Christians than free among heathens.”

“After his death, people began to realize what a great man Columbus was, and King Ferdinand, who had been so unkind to him while he lived, put up a monument in his honor, on which was later inscribed the motto: “To Castile and Leon Columbus gave a new world.”

“Since then, many monuments have been erected and many pictures painted of the man who, in spite of poverty, illness, and countless obstacles, never gave up his aim, and manfully strove to reach it as long as he lived. His faith, his courage, and his perseverance have served as shining examples for more than five hundred years, and although he died poor and neglected, he is rightly considered one the world’s greatest men.”

from The Death of Columbus, in The Story of the Thirteen Colonies

The discovery of the New World by Columbus is one of 100 pivotal events of Western History, and as such, this discovery should be taught accurately (See Why the History of Western Civilization). The life of Columbus, one of the world’s greatest men, ought to be known in its fullness, with fairness, and not solely by the revisionist hysteria surrounding his mention today.

In fact, Bible believers who claim to follow YHVH’s commandments, ought to be very careful not to just repeat modern hysteria without investigating the facts, for we are under an obligation to not bear false witness.

Resources to learn about the life of Columbus, besides the seven accurate chapters concerning him in The Story of the Thirteen Colonies, taken from All Through the Ages History Through Literature Guide:

Admiral of the Ocean Sea: A Life of Christopher Columbus by Samuel Eliot Morison