You are here: Home / Perspective / history / why the history of western civilization 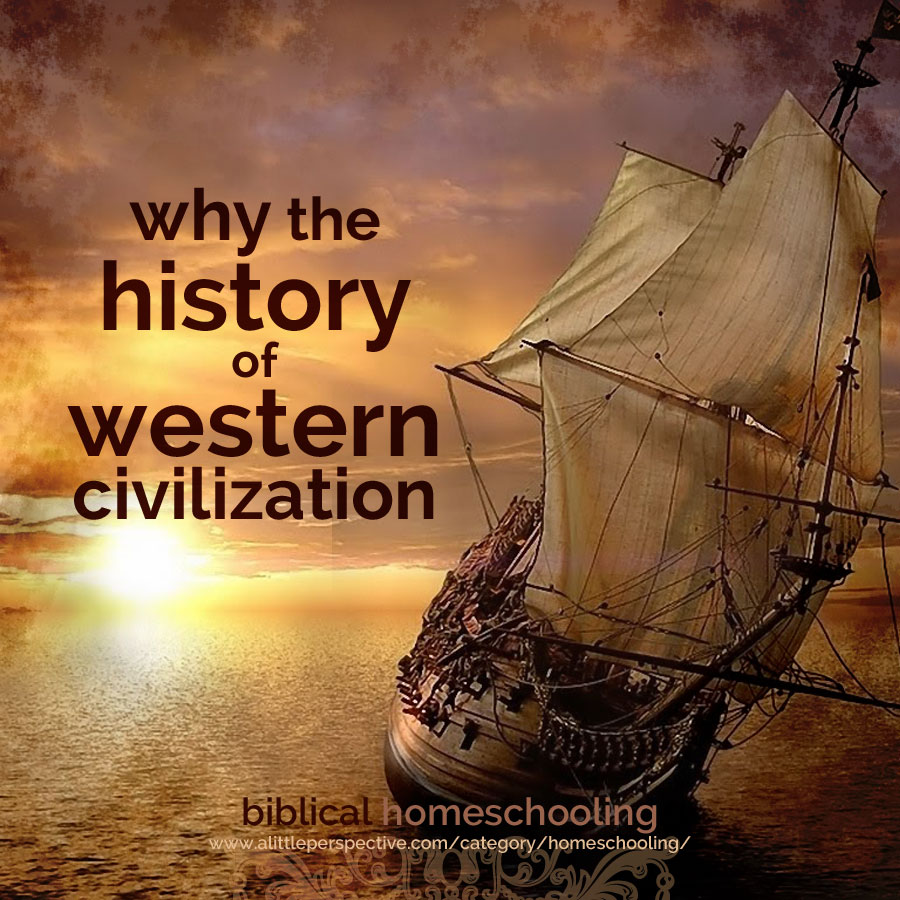 The history of the West is primarily His Story – the history of God’s dealings with man and the world, and the civilization that arose out of those dealings. For in ancient days, at the Tower of Babel rebellion, mankind threw off God’s yoke and established an anti- civilization based upon the plans and purposes of his own heart. The fruit of that civilization was entrapment in spiritual occultism, lies, and false religion; stagnation of progress; squelching of creative expression; tyranny in government; and the devaluation of human life. For they even offered their own children as sacrifices of burnt offerings on the altars of their gods. All subsequent history – His Story – revolves around the fallout from this event. It is the Story of redeeming mankind from that anti- civilization, and from the path whose end is death, and restoring them to His house.

God established a civilization which was the antithesis to man’s civilization. He did this by calling Abram from the city of Ur of the Chaldaeans, a chief city in the civilization of man. He revealed Himself to a single man. That man became the father of all who believe — who believe in God, that He is the Creator and Ruler of the universe, and who believe God — who believe His words that He spoke are truth.

The Gifts of the Jews by Thomas Cahill

The City of God by St. Augustine

From that one nation, came the knowledge of the Creator, the knowledge of sin, and our deep- seated knowledge of our need for a Savior to save us from mankind’s sin and rebellion. From that one nation, came our Savior, Messiah Yeshua. The central act of His Story is the life, teaching, works, crucifixion, and resurrection from the dead of Messiah Yeshua. Western Civilization rose from Messiah Yeshua’s life, death, and life, and purchase of mankind’s redemption as its defining event, just as the anti- civilization, man’s civillization, rose from the Tower of Babel rebellion as its defining event.

The gospel of the good news then traveled west from Jerusalem, transforming men and thus society as it progressed. The civilization that arose in the West in the wake of the Fall of Rome was a civilization of the West, uniquely built on the Biblical worldview. For many hundreds of years the gospel and Western Civilization stopped at the edge of Europe, at the Atlantic ocean, but in the course of time, it traversed that ocean and established itself in both North and South America, who became heirs of Western Civilization. As the gospel is completing its circuit around the globe and returning to Jerusalem before the return of the King, its biblical principles are transforming societies in its wake, establishing them on biblical foundations.

Jesus in Beijing by David Aikman

Thus a clash of cultures occurs where the gospel and biblical principles are introduced into a society and civilization built upon man’s worldview. For the West and its philosophy does not coexist with the East and its philosophy; their foundations are opposites. The West gave rise to the idea of individual liberty, and from that liberty, self- chosen service to others.

“You know that the rulers of the Gentiles lord it over them, and those who are great exercise authority over them. Yet it shall not be so among you; but whoever desires to become great among you, let him be your servant.” – Jesus, Mat 20:25-26

The West gave rise to universities of higher learning because of the biblical esteem for truth; the Reformation of the West gave rise to liberal education (knowledge + understanding + wisdom) for children because of the biblical esteem of the Word of God, revealing itself in layers of knowledge, understanding, and wisdom. The same esteem propelled the quest for scientific knowledge and technological advancements – all products of the Western worldview. Likewise, the United States of America is a unique nation in the history of the world, because it is uniquely Western: it is a nation not founded on devotion born of blood or tribes or land, but on devotion to the Christian and Western ideal.

The Mainspring of Human Progress by Henry Grady Weaver

O house of Jacob, come and let us walk In the light of the Lord. For You have forsaken Your people, the house of Jacob, because they are filled with eastern ways; they are soothsayers like the Philistines, and they are pleased with the children of foreigners. Their land is also full of silver and gold, and there is no end to their treasures; their land is also full of horses, and there is no end to their chariots. Their land is also full of idols; they worship the work of their own hands, that which their own fingers have made. People bow down, and each man humbles himself; therefore do not forgive them. Enter into the rock, and hide in the dust, from the terror of the Lord and the glory of His majesty. The lofty looks of man shall be humbled, the haughtiness of men shall be bowed down, and the Lord alone shall be exalted in that day. Isa 2:5-11

“The civilization of the West, however, was not the result of some inevitable process through which other cultures will automatically pass. It emerged from a unique history in which chance and accident often played a vital part. The institutions and ideas, therefore, that provide for freedom and improvement in the material conditions of life can not take root and flourish without an understanding of how they came about and what challenges they have had to surmount. Non- Western people who wish to share in the things that characterize modernity will need to study the ideas and history of Western civilization to achieve what they want, and Westerners who wish to preserve them must do the same.” – Donald Kagan, Intercollegiate Review, Why We Should Study the History of Western Civilization