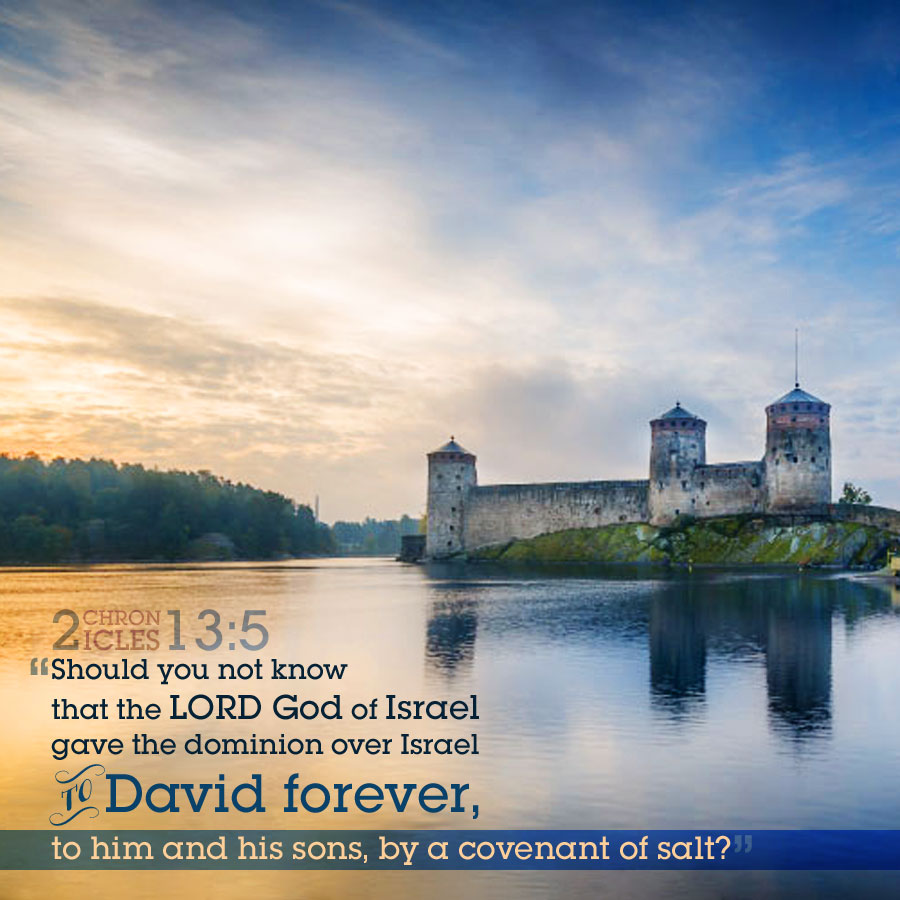 The chiastic structure of chapter 13:

central axis) 2 Chr 13:6-7, Jeroboam rebelled against his lord + strengthened himself against Rehoboam;

Concerning Shishak: I don’t believe he was a native Egyptian pharaoh, just because whenever the Scripture talks about Pharaoh, he is called such; but Shishak is only ever referred to, in all the Scripture’s mention of him, as king of Egypt. These are the clues provided by the accurate history recorded in the Hebrew Scriptures, which will help Egyptologists create an accurate chronology of ancient Egypt, if only they would listen to it. For someone outside the field (like me), it would be hard, only having their own writings to go from, and not the evidence that archaeology provides. Perhaps one of the homeschooled generation, with a strong foundation in the Scripture, will solve the puzzle for the world.

Jeroboam did everything according to worldly wisdom, to win the war against Abijah. The army he fielded was twice as strong as Abijah’s; they were all choice men, mighty men of valor, the same adjectival phrase used of David’s mighty men. He surrounded Abijah before and behind with a superior force. He brought his golden calves with him to the battle (2 Chr 13:8). However, with Abijah was the Lord their God. Abijah must have not done as his father Rehoboam, but as his forefathers David and Solomon and walked in the ways of the Lord God, for his speech sounds nothing like a speech given by someone who had forsaken the Lord for idols.

The encouraging prophetic message is this: Israel (nor anyone else) cannot withstand the kingdom of the Lord in the hand of the Son of David. Amen!