I’d like to talk about @TheLeoTerrell. I had absolutely no idea that he became a staunch supporter of @realDonaldTrump.

If I didn’t see this with my own eyes, I would never have believed it. 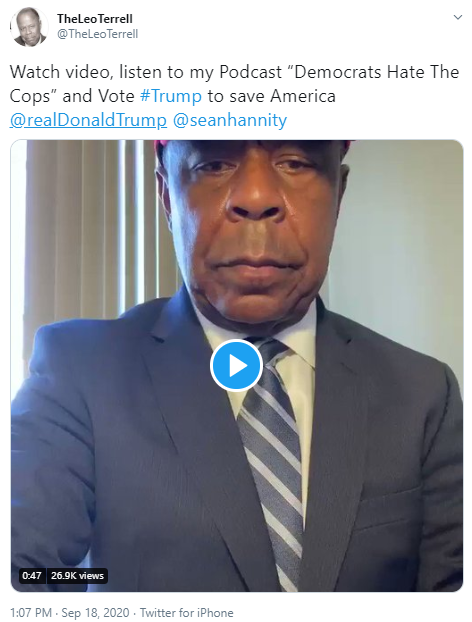 Mr. Terrell’s change of mind allows me to talk about something that needs to be addressed:

Purism and dwelling in the past. ON OUR SIDE.

Now I understand the exchange I saw on Fox, in which Larry Elder was NEEDLING Terrell for his new direction.

“Nice that you finally saw the light, you dolt,” was the gist of it.

This is a HORRIBLE reaction. If someone now supports your candidate, DON’T INSULT THEM.

I don’t give a HOOT what Terrell’s positions are. If he votes for Trump, that’s all that matters.

Trump is essentially apolitical, as am I.

The Republicans talked a good game about having a big tent, but there are still purity tests. OF COURSE it’s reasonable to have bedrock positions. I’m sure Terrell has them. YOU may have them.

The way big tents work is that you figure out a solution that all sides can accept.

THIS IS HARD. But nothing worthwhile comes easy.

You can’t STEAMROLL people. And you can’t INSULT THEM for disagreeing. Insulting them for AGREEING is insane.

I STILL have people telling me that @VP Pence is a secret Trump saboteur.

WHAT’S HE WAITING FOR? Is he going to sabotage Trump AFTER Trump’s second term?

Leo Terrell is a VERY intelligent man. He understands what Churchill said on June 18, 1940:

“If we fail, then the whole world, including the United States, including all that we have known and cared for, will sink into the abyss of a new Dark Age made more sinister, and perhaps more protracted, by the lights of perverted science.”

One of my favorite turns of phrase.

Terrell WOULD NOT have changed his mind if he hadn’t recognized the threat. He’s thinking clearly. We need EVERYBODY to emulate him.

Be calm, levelheaded, and clear thinking.

WIN THE ELECTION. The rest works itself out.

Trump hires people who tell him in plain language the downsides of his choices. People who DISAGREE WITH HIM. He needs them in order to make the best possible decisions.

We NEED a loyal opposition. Otherwise we make decisions in an echo chamber.

Tonight Trump held a rally in Minnesota tailored specifically for THEM.

Basically he told stories. And he SAID, “You’re okay with this, right? I mean, you’ve heard the other speech, right? How many people think they got their money’s worth tonight?”

So he was conveying to them that they’re DESERVING of special treatment. This is good DEAL MAKING.

What do we get on the other side? Canned hate from TERRIBLY unfortunate people. 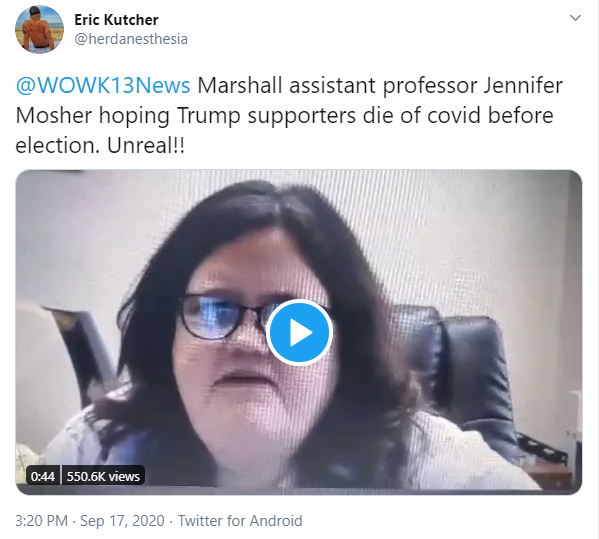 She’s beyond parody. THEY ALL ARE.

Leo Terrell is a complex individual and a man of IMMENSE COURAGE. Don’t CHIDE him, for God’s sake. He needs to do this HIS WAY. All that matters is that he vote for Trump.

Concentrate on the present and the future. People of GOOD FAITH are not CRIMINALS. Their past choices have no bearing on today and tomorrow. And they certainly have nothing to atone for.