Allow me to use @CBSNews to illustrate exactly why the Democrats and the press–sorry for repeating myself–can’t defeat @realDonaldTrump. This is from election night of 2016. And THIS is why Trump will always win:

The Democrats and the press CREATED A FAKE TRUMP and then were shocked that this nonexistent man got elected. They refused to grasp that the voters elected the REAL Trump. And they’ve done AGAIN in 2020, but to a much more extreme and much more demented level.

The fake Trump in 2020 is a Kremlin asset, a dictator, a mass murderer, a psychotic suffering from delusions, a complete idiot, a brain-damaged dotard, and yet AGAIN a rapist.

TRUMP IS A NOTORIOUS GERMOPHOBE. Some of us have dated germophobes. They don’t do the things THIS woman is claiming. They CAN’T do them.

@therealroseanne WILL NOT SHAKE HANDS. Period.

Trump has said multiple times that retraining himself to shake hands was one of the hardest things he’d ever since, since he’d spent AT LEAST FOUR DECADES not doing it. This is NOT a man who sexually assaults strangers. I’ll quote Alyssa Milano about Joe Biden:

“We should believe women, but not at the expense of giving men their due process. It’s gotta be fair in both directions. I don’t feel comfortable throwing away a man in this time of complete chaos without there being a thorough investigation.”

Like Alyssa says, and she’s an expert, you know.

The broader point is that the Democrats and the press create a FAKE person, and then say that if we support the REAL person, that makes US fascist, stupid, racist–everything they say about the FAKE person. They’ve created FAKE TRUMP SUPPORTERS TOO.

That’s not a winning formula. Trump just solved ANOTHER issue that plagued government blockheads for 70 years:

I told you this A LONG TIME AGO: One of Trump’s many strategies was to create a “reverse honeymoon.”

He started out at a low approval rating and KEPT IT THERE DELIBERATELY. People tell me that he finally changed. NO. He stayed exactly the same, and he gained support by letting the Democrats and the press implode. All Trump did was deliver.

He’s made it absolutely clear that his only concern is US. The press is so insane that it’s angry at the White House normalization ceremony between Israel, the UAE and Bahrain.

The press calls a FEDERALIST president a FASCIST.

It says that Democrat Brownshirts are PEACEFUL PROTESTORS.

After they blow up a junker car, they say that luckily it was a peaceful explosion. The former special-operations combat veterans who Biden says Trump hates now refer to themselves as peaceful participants in peaceful firefights.

And the White House Press Corps!

Dear @whca : I now MUTE your toxic psychos and listen only to @PressSec’s answers and Trump’s answers.

If you had any idea the damage these people are doing to YOU, they would have their credentials yanked TODAY.

Their poison makes it impossible to listen to them. So I don’t. I MUTE THEM. Only McEnany and Trump’s words matter.

We are in electoral Groundhog Day.

Only this is the senile, homeless-raving-mental-patient version.

“It really seems as though old Hegel, in the guise of the World Spirit, were directing history from the grave and, with the greatest conscientiousness, causing everything to be re-enacted twice over, once as grand tragedy and the second time as rotten farce.”

Friedrich Engels to Karl Marx, in a letter dated December 3, 1851. Engels was referring to international fun-boy and life of the party Georg Wilhelm Friedrich Hegel. 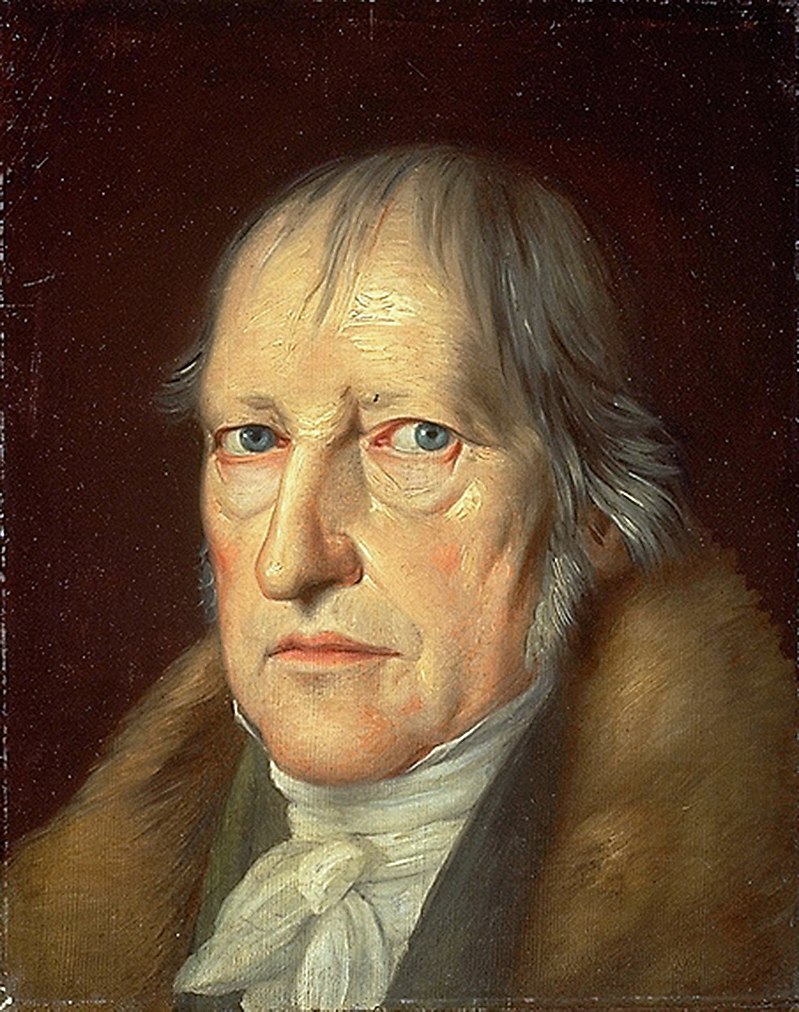 I’ll end with a story that you should keep in mind as we navigate these demented waters. Jean-Francois Demozay was a French airline pilot before World War II. He crashed in 1938, was declared 100 percent disabled, and lost his pilot’s license.

When the British Royal Air Force came to France to protect it against German invasion, Demozay volunteered to be an interpreter. The Germans invaded on May 10, 1940, using a new form of combined-arms warfare called Blitzkrieg. Lightning war. The French were rapidly defeated.

The British Royal Air Force evacuated, leaving behind aircraft too damaged to fly. Demozay went to an airfield and found a Bristol Bombay troop transport with no tailwheel. Taking off would be almost impossible because the tail would be shimmying all over the place. 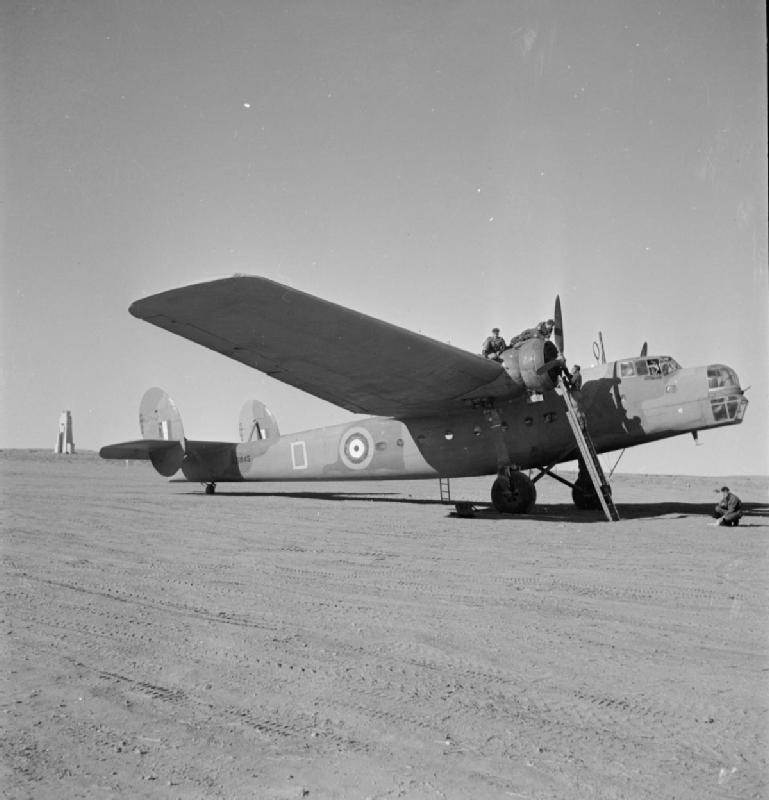 Demozay went to a group of British soldiers and said,

“I’m going to fly this crate to to Britain. I haven’t flown in two years, I’ve never flown a Bombay, and this one has no tailwheel. I don’t expect to survive. Anyone want to come?”

All 15 soldiers went with him.

He got in the Bombay and made a harrowing takeoff. The sky was full of German fighters, and the Bombay had about as much power as a Volkswagen Beetle.

Demozay had been a civilian pilot with zero combat experience. He set up a grapevine of men from the rear turret to the cockpit to him when a German was coming in. Then he slowed down the Bombay to a near-stall, making it impossible for the Germans to stay on his tail.

Finally the Germans gave up. Demozay made it to Britain and and landed safely. He told the British that he was a French fighter pilot, but darn it, his records were still in France. They believed him and accepted him into the Royal Air Force. 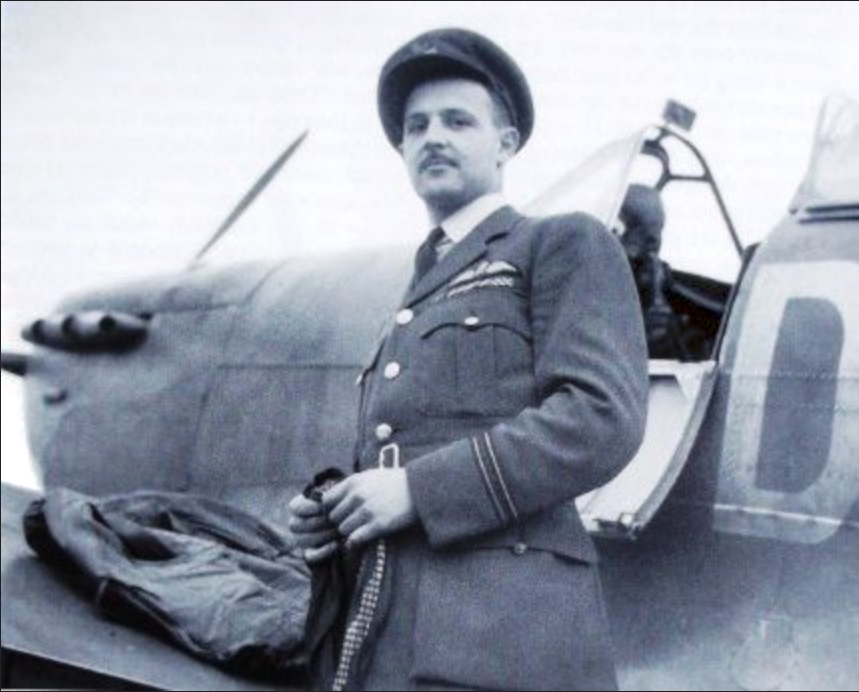 After a stint in fighter school, he went on to shoot down 18 enemy aircraft, making him a triple-ace plus three. After the liberation of France, he organized a fighter school and was eventually made deputy commander of the French fighter-school wing. 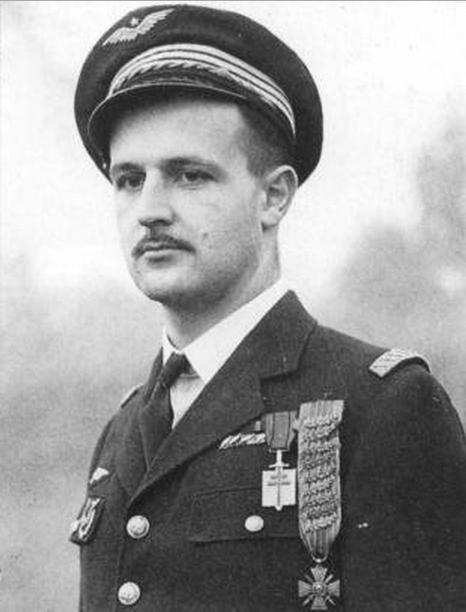 Although Demozay died in a flying accident on December 19, 1945, he lived long enough to see the Allies win World War II. And his amazing story lives on. Be a happy warrior like Jean-Francois Demozay. WE WILL WIN ON NOVEMBER 3. Guaranteed. END