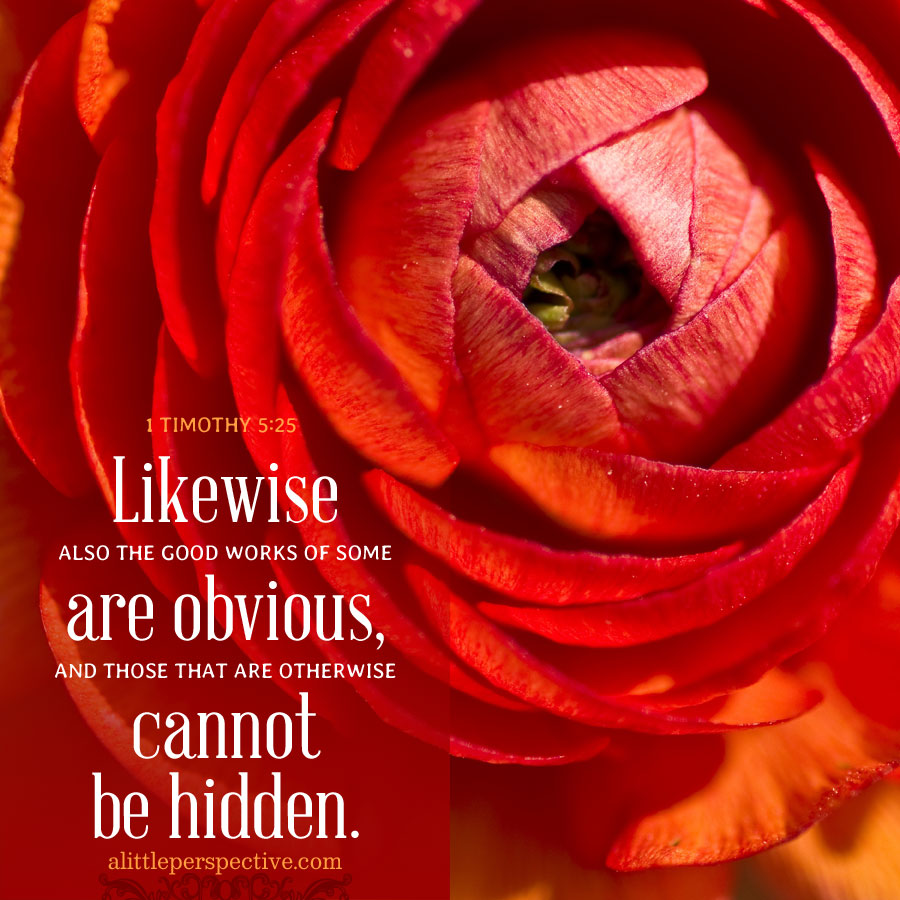 central axis) 1 Tim 5:13, “And besides they learn to be idle, wandering about from house to house, and not only idle but also gossips and busybodies, saying things which they ought not;”

2c) 1 Tim 5:16, Let the believers relieve their own widows that the church may relieve the real widows;

2a) 1 Tim 5:19, Do not receive an accusation against an elder except from two or three witnesses.

The proper care of widows, the proper treatment of the elderly and of elders, and the proper responsibilities of family members for their own households: the central axis’ of both structures concern the pitfalls waiting for younger women who do not have any responsibilities to husband, children, or household. This was written in a time when women did not typically work outside the home as providers; the men of the family having that responsibility.

The old proverb is “Idle hands are the devil’s playground.” Humans need something worthwhile to occupy their time and attention. Children fill this need by school and play, women by managing their households, and men by working to provide for their families. Someone with character will find or create a worthwhile occupation for themselves; someone without character, being idle, wanders about from house to house (i.e., sticking their nose in everybody else’s business), being busybodies, gossiping, and saying what they should not.

Speaking of saying what they should not, do not rebuke the elderly, but encourage them, treating them with all honor. Do not gossip about or bring groundless accusations against the elders or leaders who are over you, as dishonor and disrespect is not befitting the household of God.