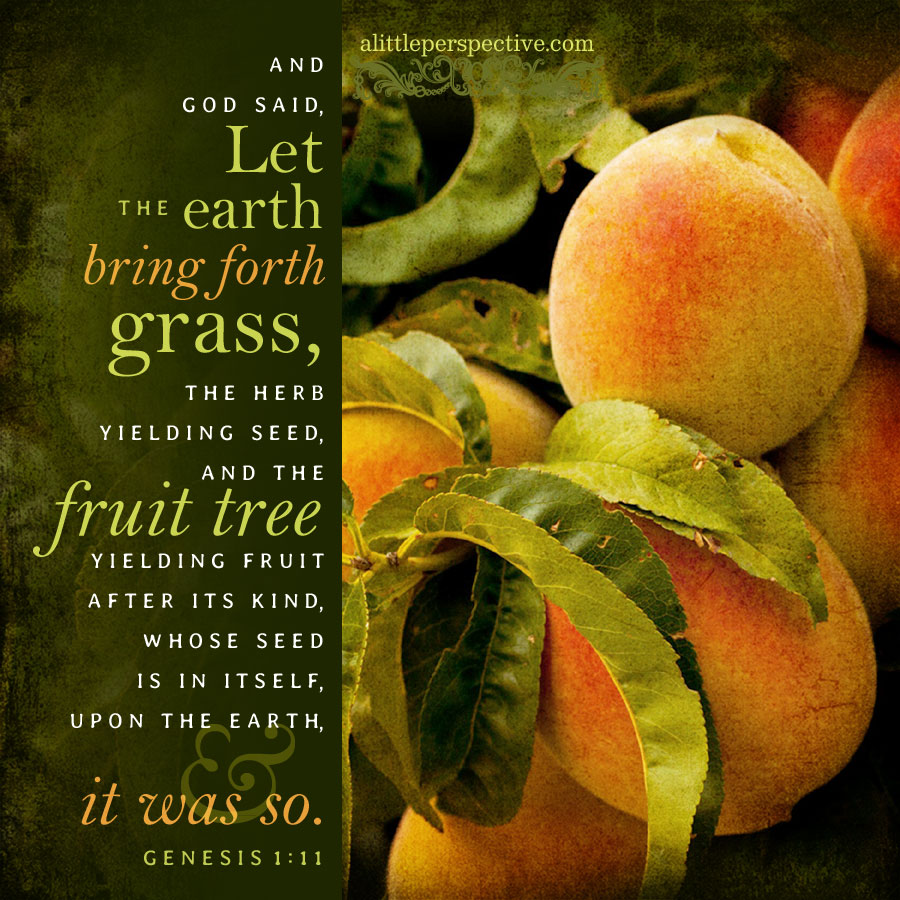 And God said, “Let the earth bring forth grass, the herb yielding seed, and the fruit tree yielding fruit after his kind, whose seed is in itself, upon the earth:” and it was so. Gen 1:11

The story: The harvest (zayin, from the tool used to harvest the crop) of heads (resh), that is of grain, which is then spread out as far as the eye can see (ayin), in either threshing, which yields the seed, or sowing, the scattering or planting of the seed.