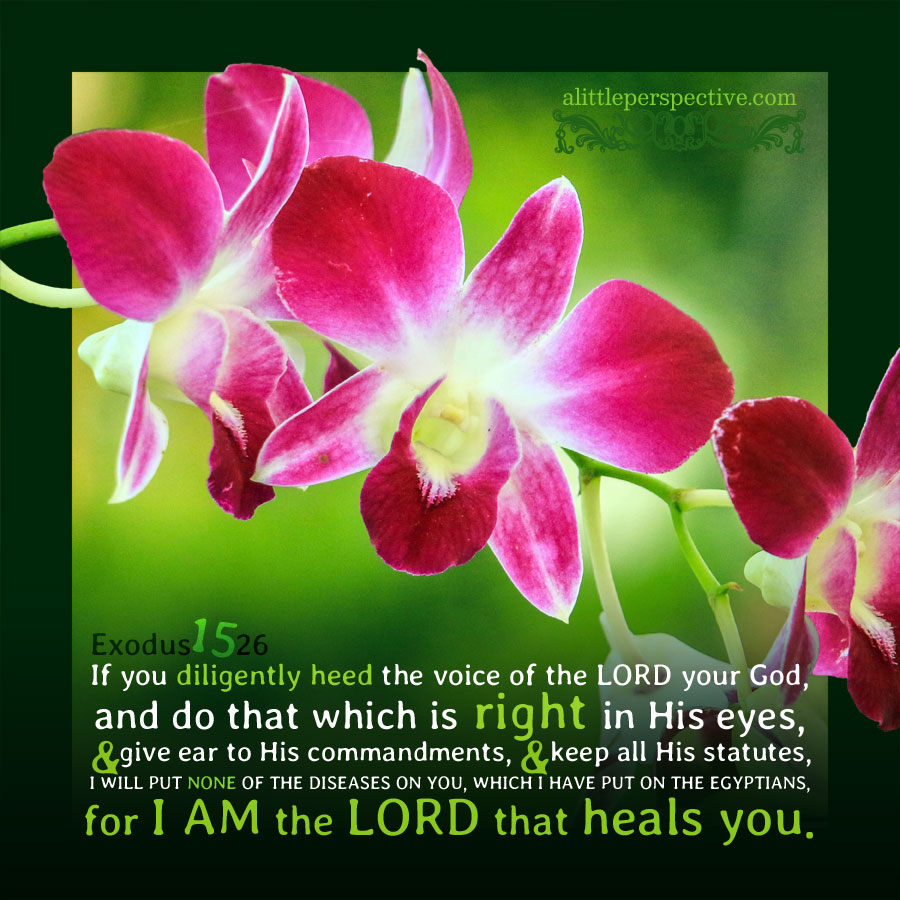 And said, “If you will diligently heed to the voice of YHVH your God, and will do that which is right in His sight, and will give ear to His commandments, and keep all His statutes, I will put none of the diseases on you, which I have put on the Egyptians: for I am YHVH that heals you.” Exo 15:26

According to the Ancient Hebrew Lexicon, in ancient days, a cord was made when two (shin) strips of leather or sinew were attached at the top (resh) and then twisted together in such a fashion so as to lock their fibers. A cord is tied to the meaning of straight, in that when a weight is attached to one end of a cord and held above the ground, the cord hangs exactly vertical to the ground as a plumb line, and can be used to measure that a wall is being straightly built. The story: The hand (yud) holding the cord (shin + resh) as a straight plumb line, so also upright.