You are here: Home / Bible Study / applied word / whatever is true 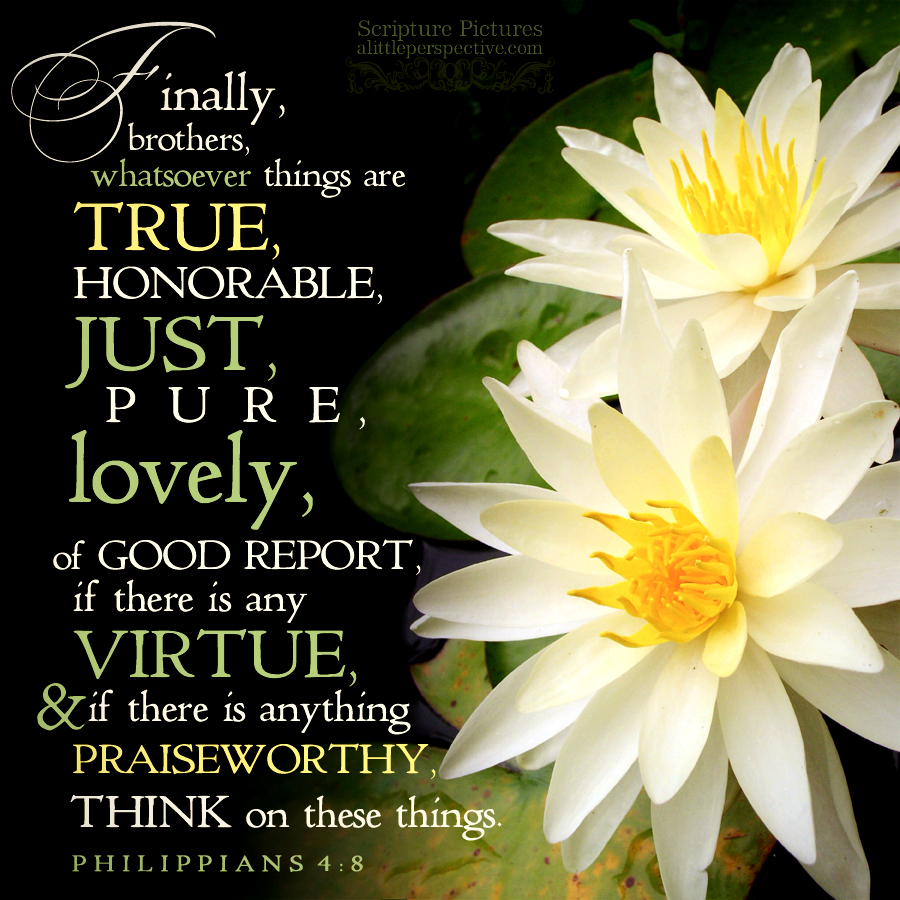 My brother had a malignant tumor, for which he underwent two surgeries. He has not wanted to endure another surgery, so he has been treating the cancer by keeping his body toxin- free, and it appears to have been working for him so far.

We use cancer as a metaphor for anything toxic or poisonous that establishes itself and then slowly grows until it has swallowed up life with death. “Generation after generation, their arrogance grew like a cancer …” (My Quarrel with Hersh Rasseyner, Chaim Grade, Jewish American Literature: A Norton Anthology.) Toxic thoughts and attitudes are that way. Bitterness, unforgiveness, self- pity, despair, defensiveness … they can begin with a thought as a seed, and grow like a cancer until what issues from the heart is not life, any longer, but death.

The cure for the heart is the same as the body: flee from that which is toxic, and think on such things as these instead. ♥