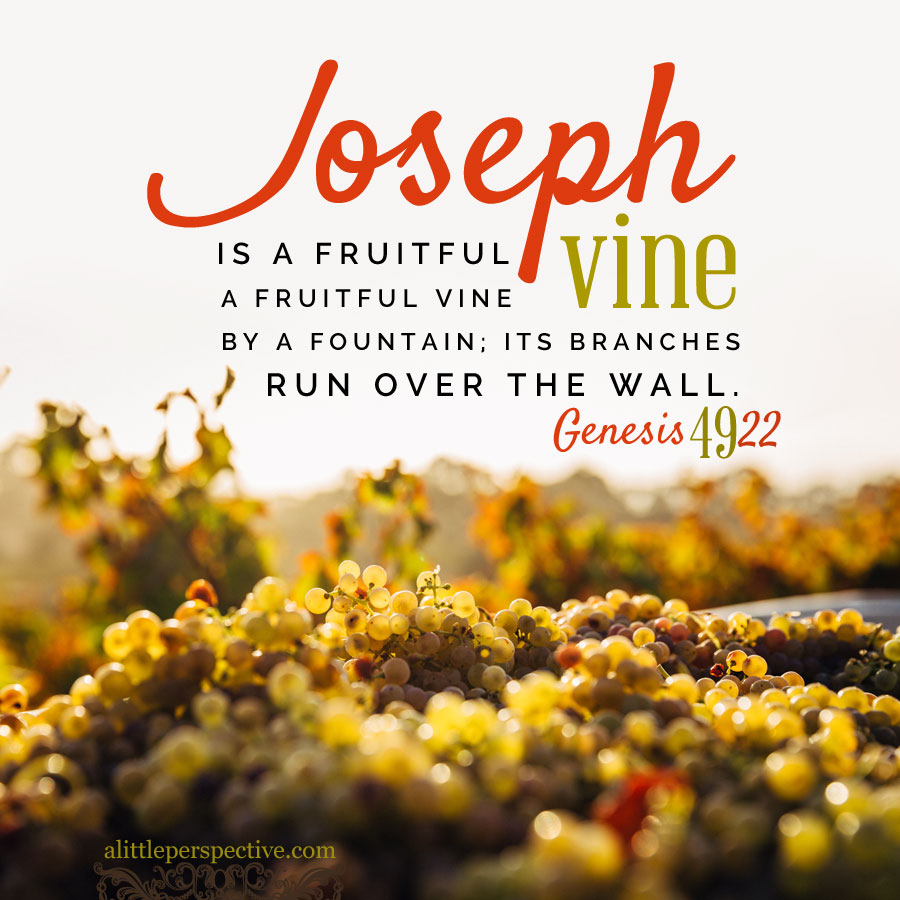 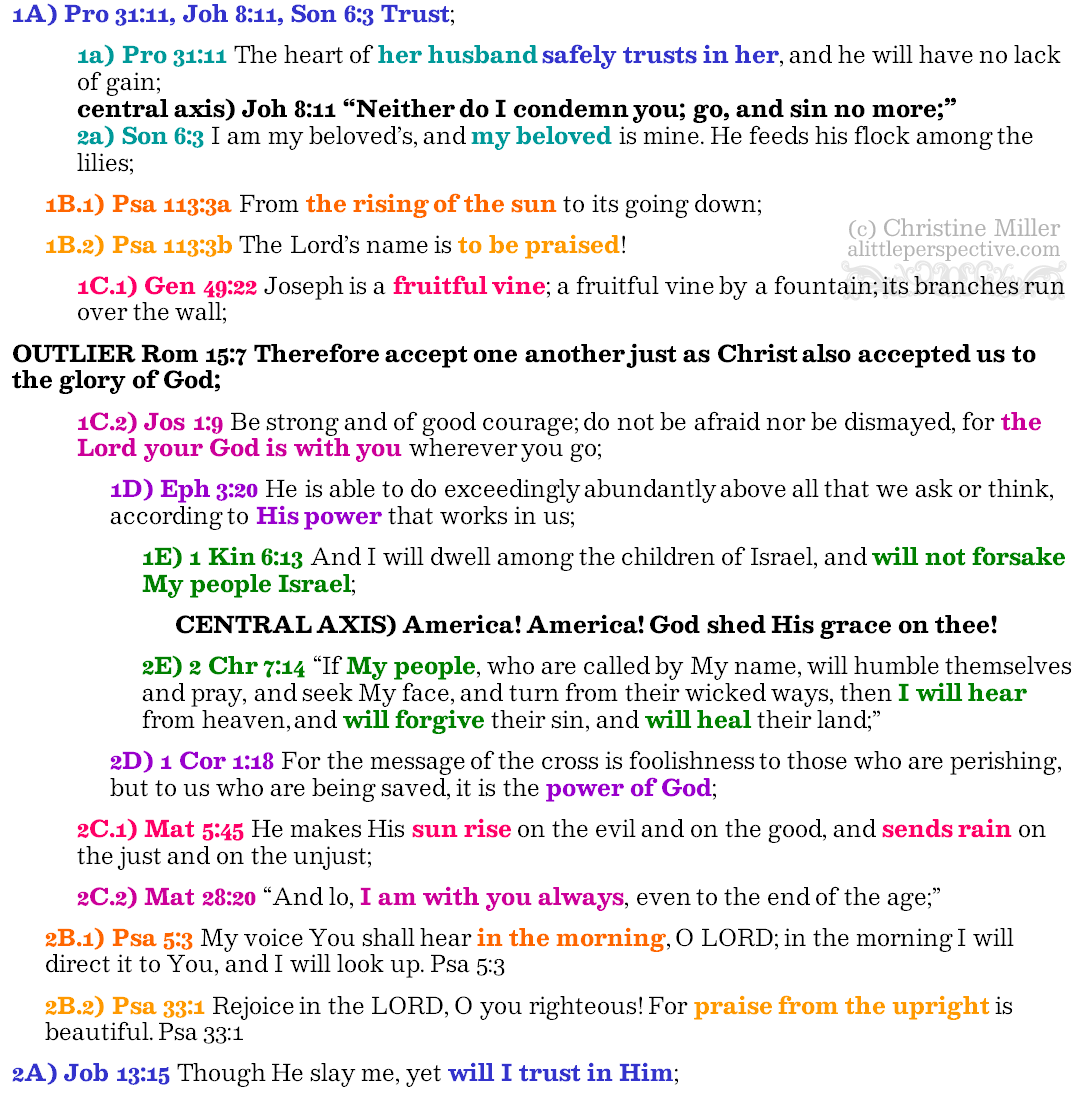 My takeaway from this in my prayer journal:

God is shedding His grace on America! He is not forsaking His people Israel, as American Israel within the church is waking up and walking in repentance. He is hearing them, forgiving them, and healing their land, even their land on this side of the Atlantic. His power is working salvation in the land and answering their prayers. He is sending His sun and rain, making Joseph increase and bear fruit, for his God is with him, so that he even overtakes his borders as he rejoices in his God 24/7! American Israel, i.e., Joseph, trust in Him as the married trust in their beloved, for even though He slay you, you will have no lack of gain!

That there is an outlier in the C pair, introducing Joseph as the subject of the prophecy, throws a spotlight on it:

OUTLIER Rom 15:7 Therefore accept one another just as Christ also accepted us to the glory of God;

It seems to me that division and offenses have fueled factions within the house of Joseph in American Christianity, but the Spirit by the Scripture is instead encouraging us to acceptance of our brothers and sisters in Christ, not divisions. For we ourselves were even enemies of God when He extended acceptance to us (Rom 5:8), and today He does not condemn us, but is helping us – all of us who believe in Him – to grow in His grace and knowledge and sin no more. Let us not do less!