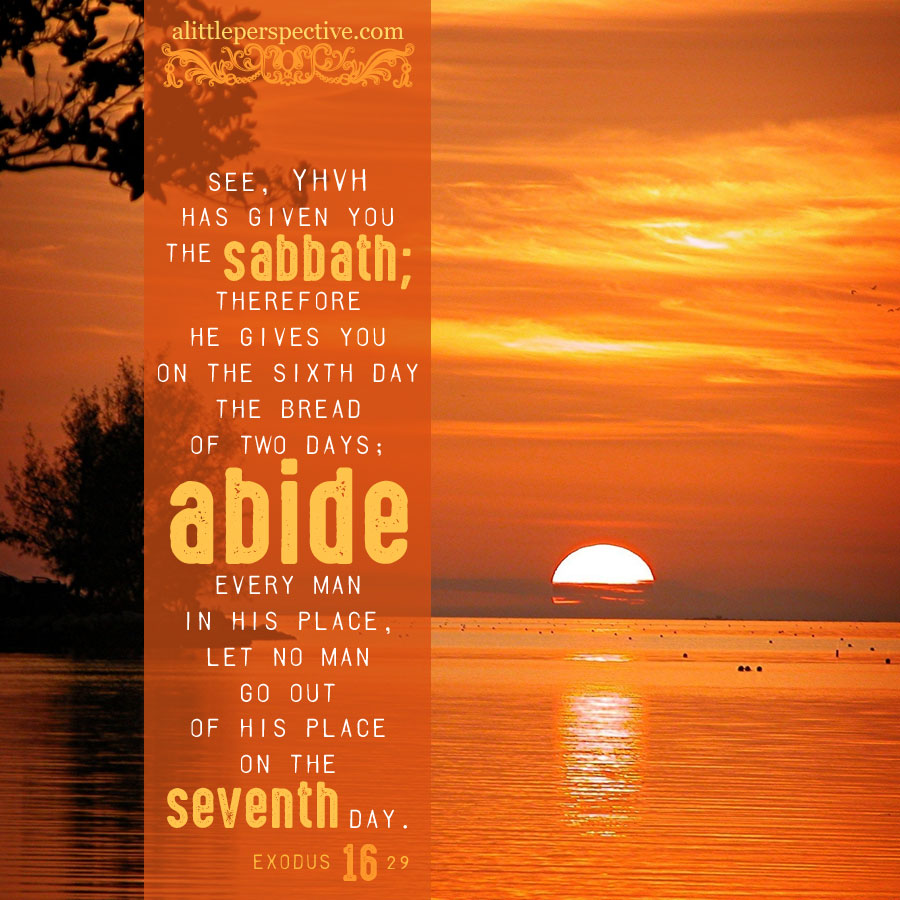 In the Scriptures, the Sabbath day was always the seventh day:

Why is the LORD so adamant about the seventh day rest? Because He likes to burden His people with commandments? No! Moses was not to deviate from the blueprint for the Tabernacle, because, we find out, it is a beautiful prophetic picture of Messiah. If he were to change the design of the Tabernacle, then he would misrepresent Messiah. He would be prophesying falsely, because the Tabernacle was a prophecy of Messiah to Israel.

I think it is the same thing with the Sabbath commandment. Do you remember that Adam and Eve dwelt with God in the Garden of Eden, until their sin made a separation between them and God, and they had to leave the Garden? On the day that they were driven out of the Garden, God spoke a consequence over Eve, that because of sin, she would be engaged in painful labor in childbearing, and I also believe, child rearing. Adam’s daily painful labor is in providing bread for his family, to sustain themselves (Gen 3:16-19). English translations translate Eve’s “labor” differently from Adam’s “painful toil;” but in Hebrew they are the exact same word! Adam and Eve both received the same consequence of painful toil as a result of their sin.

Now God commands His people, that for six days they shall engage in painful toil, but the seventh is a holy day unto the LORD, and on that day His people shall rest. They shall cease from suffering the consequences of sin. When Messiah came, we found rest in Him – we ceased suffering from the consequence of sin, which was eternal death and separation from God! And when He comes again the earth shall enjoy 1000 years of rest under His reign, following 6000 years of painful toil under the curse from the Fall of Man.

Sabbath is a gift of grace which prophesies of our rest in Messiah, not only now as we do not work to earn our salvation since our rest is in Him, but also when He returns! So when God’s people work on the seventh day, God’s people are prophesying a false prophecy to the world, that there is no rest found in Yeshua, nor will the earth enjoy a millennium of rest under His reign! By working on Sabbath, His people prophecy falsely and bear false witness of Messiah. And that is why I believe the LORD was and is so adamant that His people do no work on the seventh day.

I have never understood the modern opposition of Christians to Sabbath keeping. It is a relief and a blessing to rest from labor and enjoy an entire day of tangible grace!