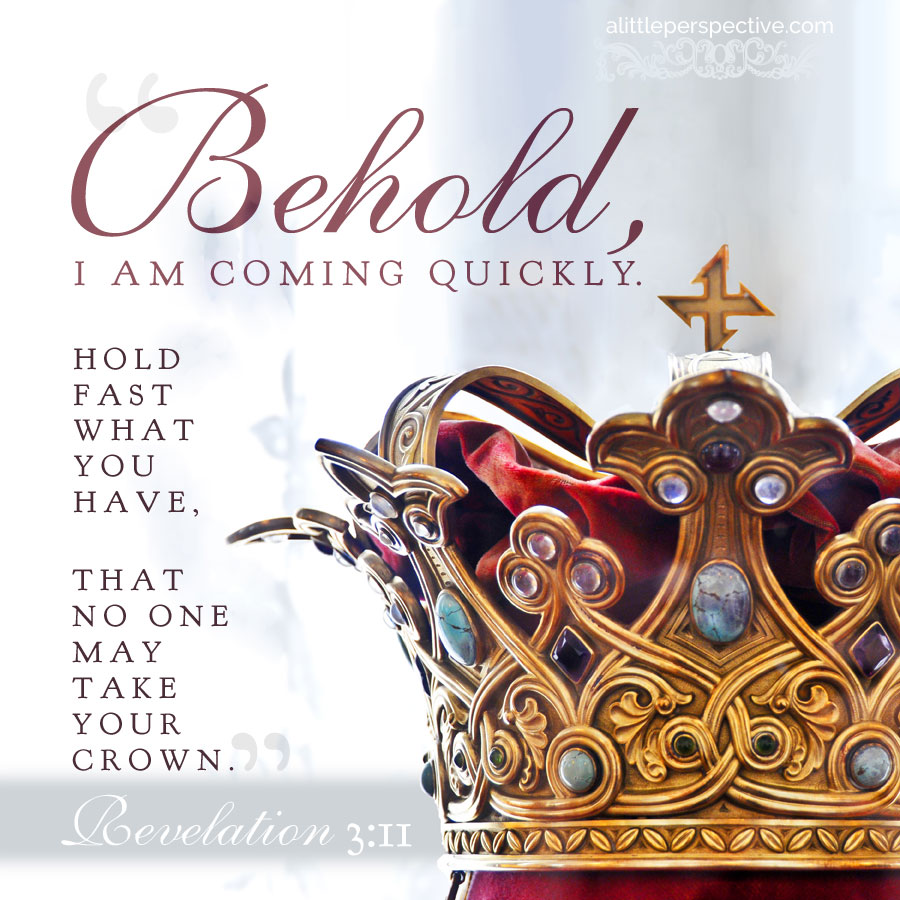 The interesting details in the letters to the seven churches, who are lampstands (menorahs), in other words, lights shining in the darkness, so that men may see:

First of all, the Lord opens every letter the same way: I know your works. Not I know your doctrine. Not I know your denomination. Not I know your mentally affirmed beliefs. But I know your actions. Listen, the Scripture clearly teaches that works cannot help but come forth from faith, therefore works act as a plumb line for faith. Let us not be deceived: works of righteousness have been previously defined in Torah, as well as works of wickedness. We must take the LORD’s definitions as authoritative and not man’s.

Ephesus: their works were known, but the Lord had against them that they had left their first love, presumably of Him. For He commanded His disciples:

In other words, the obedience with which we obey the LORD, is to be motivated from the heart which loves Him. We love Him, we trust Him, therefore we obey Him. While people might do works or obey from fear or obligation or religion (and that is better than disobedience, I believe) Jesus desires love. It might be better to say, that the heart that loves obeys because it is its nature, it is the fruit of life.

Nicolaitans were disciples of the deacon Nicolaus, and while not much is known of them from Scripture, the writings of the early church fathers mention them. They were said to lead lives of unrestrained indulgence, including sexual immorality and eating things sacrificed to idols, i.e. understood in that day to mean participation in public or national festivals (idolatry). They embraced the antinomian heresy, which states that since salvation is by grace through faith, obedience to the Law is of no value. This heresy is rampant in the modern church, but since few know Church history, it flourishes almost unremarked today.

Smyrna: since I do not know what Yeshua was referring to, when He condemned those who say they are Jews but are not, but are of the synagogue of Satan, I am tempted to leave this unremarked. The only notion I have, is that the Scriptures teach that those who are Jacob, are the generation who seek the LORD’s face (Psa 24:6). The idea is that the circumcised heart is the determining characteristic of those who are His, thus Jews (Rom 2:28-29), not merely the circumcised flesh.

Pergamos: the doctrine of Balaam is similar to that of the Nicolaitans. Balaam seduced the children of Israel into idolatry, I believe, by convincing them that they were already chosen, they had already been delivered from death by the blood of the Passover lamb and had gone through the Red Sea in a type of baptism (as Paul teaches us). They were already in covenant with the LORD God (cut at Mt. Sinai). Therefore, their identity negated the necessity of “works befitting repentance,” a doctrine which of course the LORD declared heretical by the fact that those who indulged in the doctrine of Balaam were killed by a plague from His hand (Balaam’s history is recorded in Num 22-24). We can see this heresy is closely related to that of the Nicolaitans.

Thyatira: this church allowed a woman who called herself a prophetess (notice the Lord did not call her one), to teach the above mentioned heresies, presumably in a position of authority.

Sardis: “He who overcomes shall be clothed in white garments, and I will not blot out his name from the Book of Life,” (Rev 3:5). This begs the question, what happens to him who does not overcome? And what are they to overcome? Well, every church has had its unique trials, persecutions, and tests. The Lord is encouraging all His saints to persevere and hold fast until the end.

So is the Lord here teaching, that a person’s name is entered into the Book of Life by grace through faith, but then can be blotted out by (lack of) works, by not enduring or remaining faithful to the end? Well, smarter people than I have debated that; for me, I prefer to err on the side of caution, and take the Lord’s admonitions and warnings seriously, and look well to the state of my heart and my works.

Philadelphia: “Hold fast what you have, that no one may take your crown,” (Rev 3:11). I am not sure that this reference to possibly losing a crown can be taken to mean losing salvation. It might just mean losing an earned reward. So hang on, church! If we persevere, the Lord may preserve us from the hour of trial coming on the whole earth!

Laodicea: “As many as I love, I rebuke and chasten. Therefore be zealous and repent,” (Rev 3:19). I ask myself, every time I read this verse, Am I lukewarm, Lord? Please reveal it to me. Those who are lukewarm, are blinded to their true state, and it takes the supernatural revelation of the LORD for them to see the truth.

Even if I am lukewarm, and the Lord reveals it to me, I am assured of one thing: He loves me no matter what. He loves me, and is revealing it to me, because He desires to return my first zeal to me. He desires me to be on fire for Him, as I once was. He longs for the same devotion and passion He feels for me, to be returned to Him from my own heart. He is gentle and lowly in heart, He will hear my cry to bring me back, and He will lead me until I am there. He is the Good Shepherd. 🙂

Christine’s book The Revelation of Jesus Christ Revealed, based on these studies (but with much more detail), is now available at Revelation Revealed Online. You may also be interested in reading the Book Extras and joining in on the Discussion.