You are here: Home / Perspective / america and nation / rebellion to tyrants 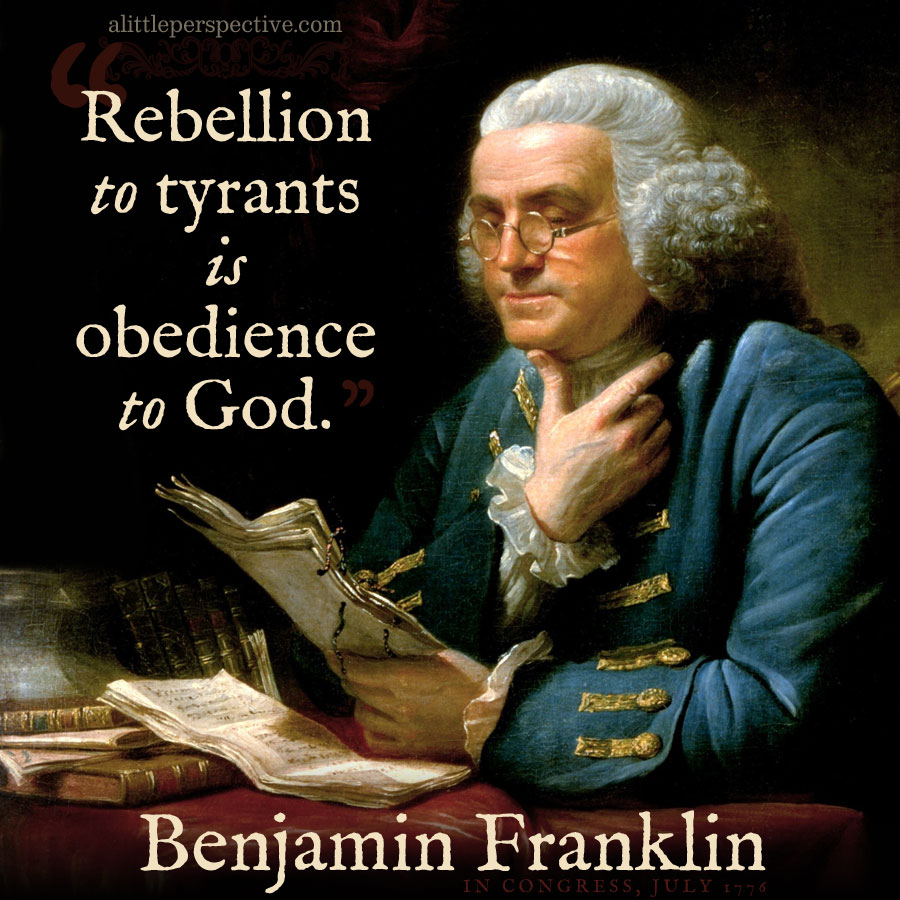 I received a question over the weekend about this quote picture.

Is there Scriptural evidence that rebellion to tyrants is obedience to God?

First, the definition of a tyrant:

1a: an absolute ruler unrestrained by law or constitution;
b: a usurper of sovereignty;
2a: a ruler who exercises absolute power oppressively or brutally;

It’s a noun from the Latin, tyrannus, meaning, a despot.

DESPOT, noun. An emperor, king or prince invested with absolute power, or ruling without any control from men, constitution or laws. Hence in a general sense, a tyrant. – Webster’s 1828 Dictionary

Then God said, “Let Us make man in Our image, according to Our likeness; let them have dominion over the fish of the sea, over the birds of the air, and over the cattle, over all the earth and over every creeping thing that creeps on the earth.” Gen 1:26

As we go through Torah, we find all the delegated authorities God has appointed: mankind over Creation, husbands over wives, parents over children, judges over local areas, the national leader over nations, priests over the people of God, and prophets over mankind.

The fifth commandment of the Ten is about delegated authorities.

There is no delegated authority which is absolute. Only God’s authority is absolute. Delegated authorities always come with responsibilities and restrictions. And you will find the list of authorities, their responsibilities, and their restrictions, or boundaries on their authority, in the Bible. But there is not a single verse or chapter which explains them all, the Scriptures have to be studied to ascertain them. I will give you one example.

And you, fathers, do not provoke your children to wrath, but bring them up in the training and admonition of the Lord. Eph 6:4

Fathers [delegated authority] do not provoke your children to wrath [restriction] but bring them up in the training and admonition of the Lord [responsibility].

If citizens were to obey their national leaders in every case, then how could Peter say this?

But Peter and the other apostles answered and said: “We ought to obey God rather than men.” Act 5:29

How could Moses’ mother hide him from Pharaoh, or the parents of Yeshua take Him and flee to Egypt at the direction of God’s angels, if the national leader must be obeyed in every case? How could Corrie Ten Boom and her family hide Jews from the Nazis, with God’s supernatural and miraculous help?

When a leader has crossed the boundaries of their responsibilities and restrictions, then they have cast off the authority they themselves are subject to – God and His Law – and become a tyrant. Even the prophet who declares falsely, YHVH tells His people not to fear them, but to remove them from their office (Deu 18:20).