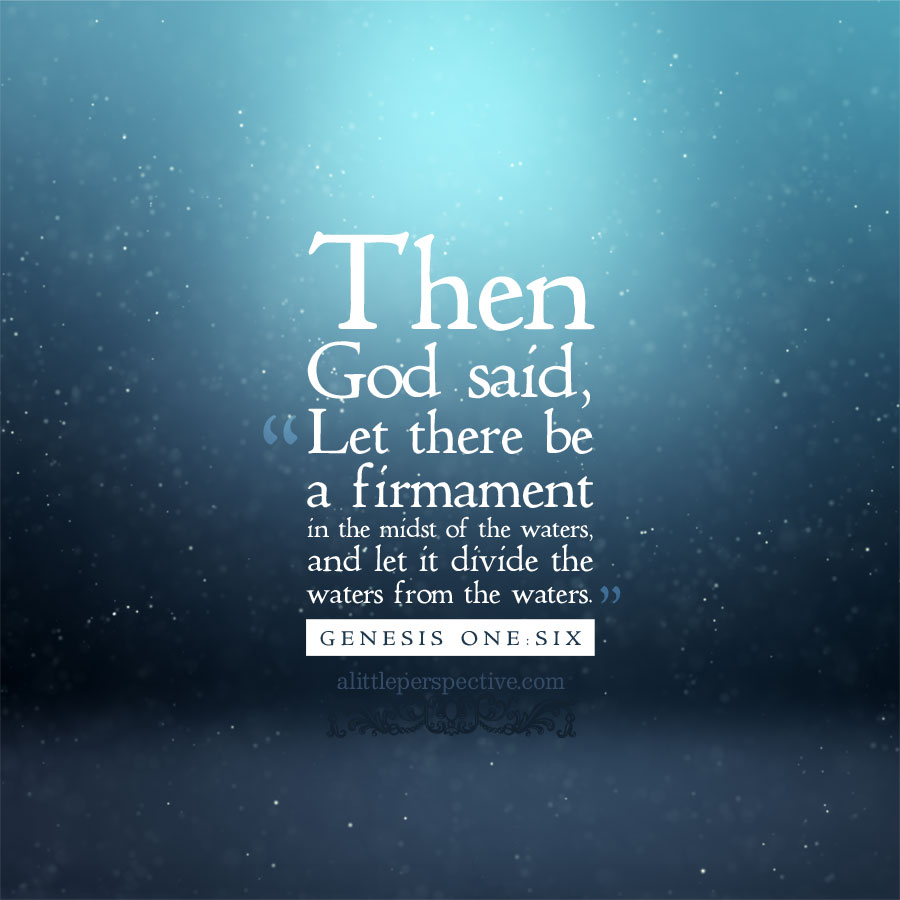 And God said, Let there be a firmament in the midst of the waters, and let it divide the waters from the waters. Gen 1:6