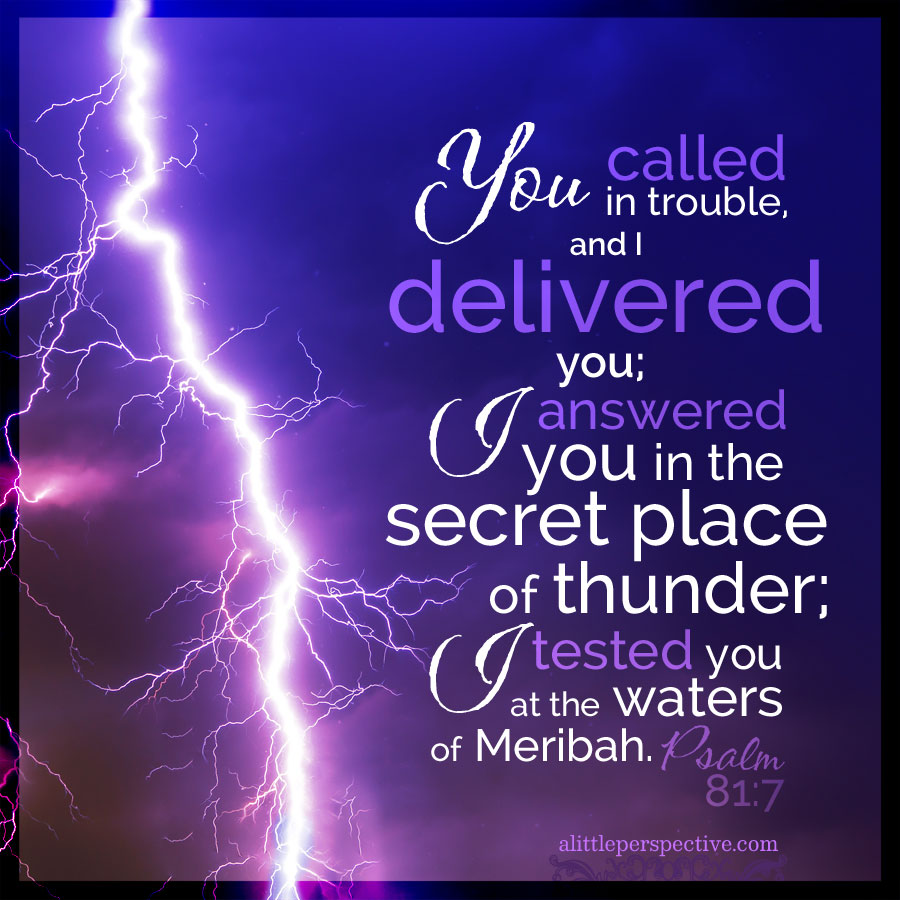 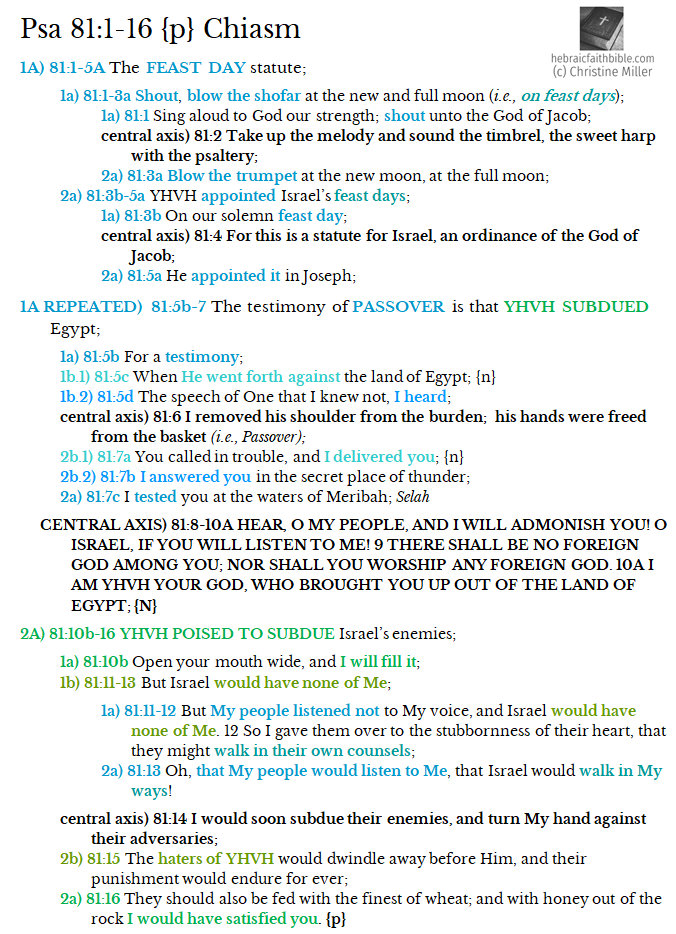 1A pair: The verbs for shout (vs.1) blow the trumpet (vs. 3) are different verbs but interestingly similar in meaning.

SHOUT. Strong’s H7321 רוע rua, a primitive root meaning “to shout,” literally, to split the ears. The negative spin is a mournful or alarming outcry; the positive spin is a joyful outcry.

BLOW. Strong’s H8628 תקע taqa, a primitive root meaning “to strike, especially the hands together (as a clap), to blast a signal with a trumpet.” I do not yet have the parable, but both these verbs indicate a loud and sharp sound.

The noun for feast day (vs. 3) and the verb for to appoint (vs. 5) seem at first glance to be unrelated.

SOLEMN FEAST. Strong’s H2282 חג chag, an abstract concept meaning, “festival,” from the same as a concrete object, “festival sacrifice,” from Strong’s H2287 חגג chagag, a primitive root meaning, “to go round in a circle.” The 3-letter root is chet + gimel + gimel.

The story the pictographs are telling is of going outside (chet) to gather together (gimel) with others who are also gathering together (gimel); that the gimel is repeated is an indication that the gathering is repeated; i.e., occurring at a set time again and again. “Circle” is a related word, because festival days involved feasting and dancing in a circle. The Ancient Hebrew Lexicon reveals that our English word “hug” comes from the chet + gimel sounds, as being encircled.

The word translated “feast” in Lev 23,

And YHVH spoke to Moses, saying, “Speak to the children of Israel, and say to them: ‘The feasts of YHVH, which you shall proclaim to be holy convocations, these are My feasts.” Lev 23:1-2

Is moedim, Strong’s H4150, literally, an appointment, like an appointment on a calender. The festivals, or holy days of YHVH are His set times of appointment. The difference between a solemn feast, chag, and the moedim of Lev 23 is not great; but moed can be used for any appointment, while chag is specifically a consecrated feast day of YHVH.

1A repeated is self-explanatory; I would just note that testimony and test share a common root. When someone seccessfully passes a test, they have a testimony!

In 2A, if someone will have nothing to do with YHVH, does that make them a hater of YHVH? His commandments are for those who love Him with a whole heart, given because He loves us with His whole heart!