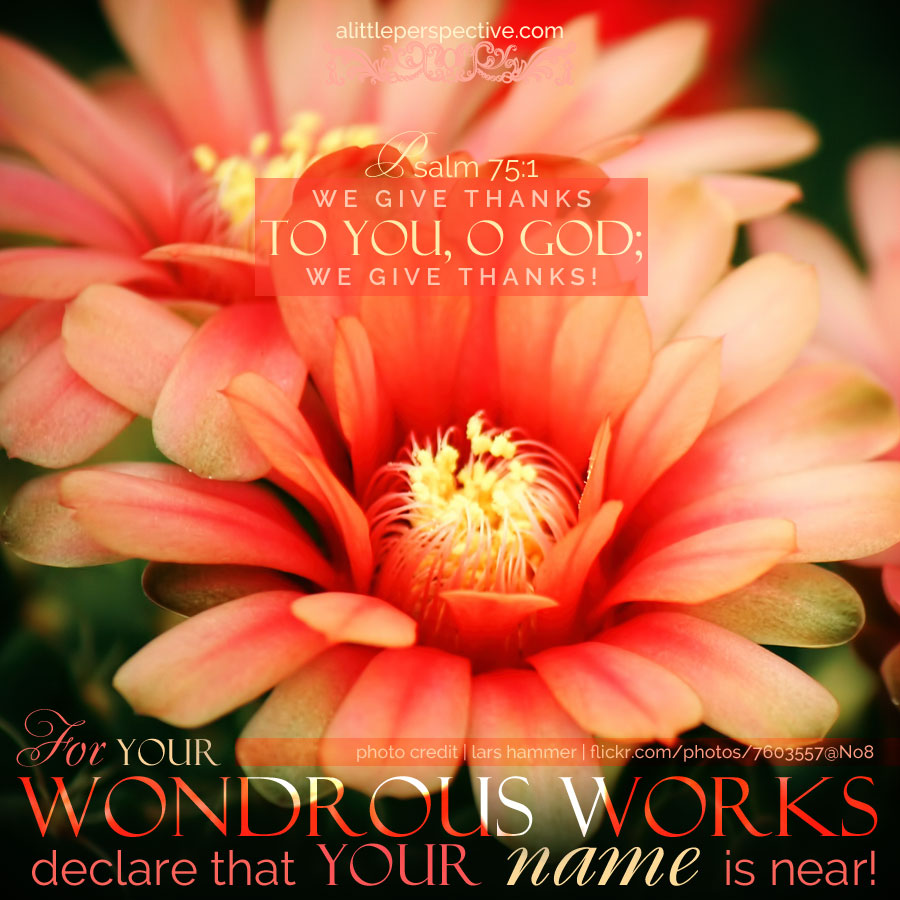 This psalm is in the form of a reverse parallelism:

2b) Psa 75:8b, Surely its dregs shall all the wicked of the earth drain and drink down;

A “horn,” according to Strong’s is referring to the strength or might of the wicked, and Matthew Henry’s commentary indicates that it refers to power or authority; i.e. the wicked lifts up his own horn, his own authority, in defiance and rebellion against the Lord’s authority over him. Smith’s Bible Dictionary says “horn” is often used metaphorically to signify strength and honor, because horns are the chief weapons and ornaments of the animals which possess them; that they can signify victory; supreme authority; thus concretely, kings, or kingdoms. The use of “horn” to mean strength, power, or authority is continued throughout the Psalms.