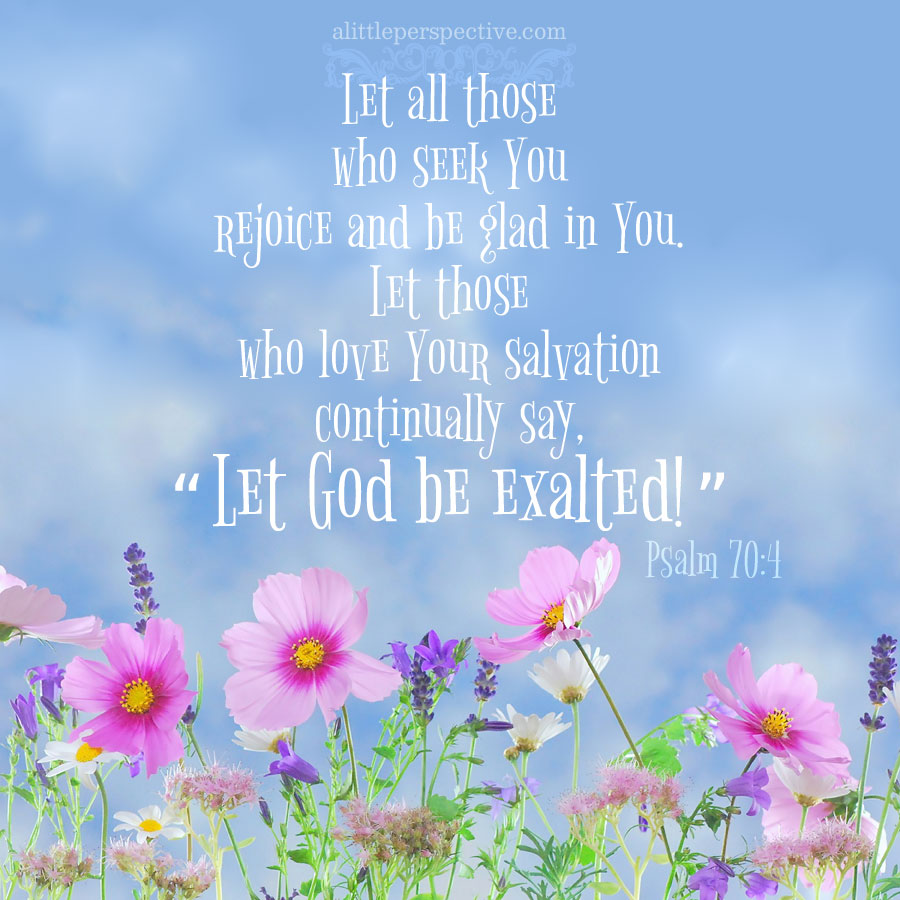 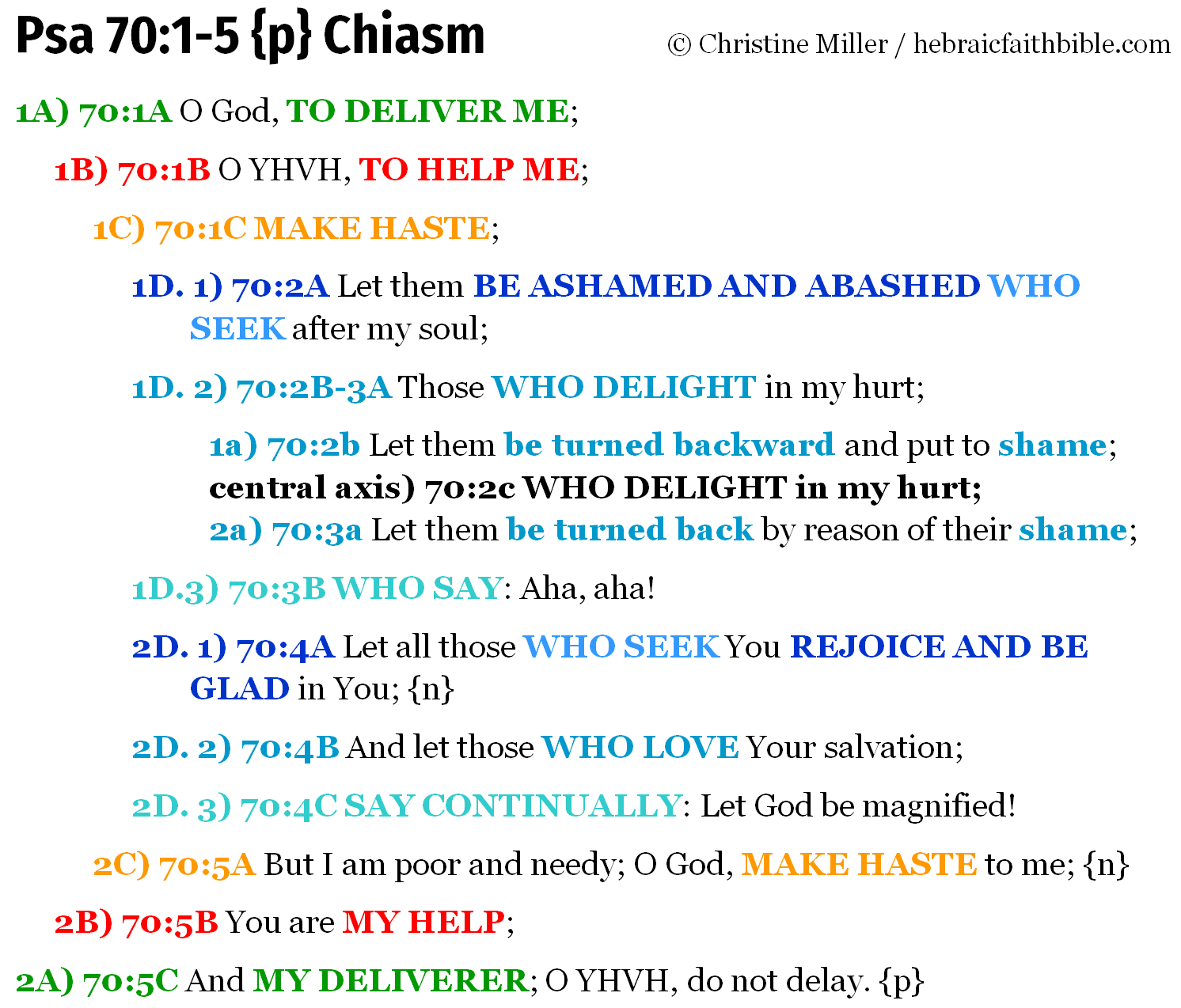 A pair verbs: To deliver; my deliverer.

To open (pey) a way out of the bindings (lamed) which surround and hold back or still (tet). As we saw with Psa 23, YHVH is my Shepherd, literally, YHVH shepherds me, this is another case where a verb is being used as a noun in the translation.

B pair verbs: to help, my help.

TO MAKE HASTE. Strong’s H2363  חוש  chuwsh,  a primitive root meaning, “to hurry.” The 3-letter root is ghah + vav + shin, as per the Ancient Hebrew Lexicon, as the modern chet was transposed from an original ghah.

The story: When a negative (ghah) anxiety or worry is added to (vav) pressure (shin) to accomplish something, then one makes haste.

The D pair verbs are so instructive. In the front of the structure, the enemies do three things:

1) They SEEK after David’s soul.

2) They DELIGHT in any harm coming to him.

David’s prayer is that they are 4) ASHAMED and ABASHED when their desires are thwarted.

In the back of the structure, the verbs are repeated, but in the context of what YHVH’s people do in the face of the evil desires of the wicked.

2) They LOVE His salvation as opposed to delighting in harm coming to anyone.

David’s prayer is that they 4) REJOICE and are GLAD regardless of circumstances, because God is with them is implied.

TO SEEK. Strong’s H1245 בקש  baqash, a primitive root meaning, “to search out, to strive after.” The 3-letter root is pey + quph + shin, as per the Ancient Hebrew Lexicon, the modern bet was transposed from an original pey.

To turn (pey, as the lip of a bowl is a turned edge) and concentrate (quph, as light leaves the earth and sky and is concentrated to the sun when it is on the horizon), pressing in (shin) to a goal.

The wall (chet) is opened (pey) in order to conceal (tsadey) something precious within, as a safe.

TO LOVE. Strong’s H157  אהב  ahab, a primitive root meaning, “to desire, to breathe after.”