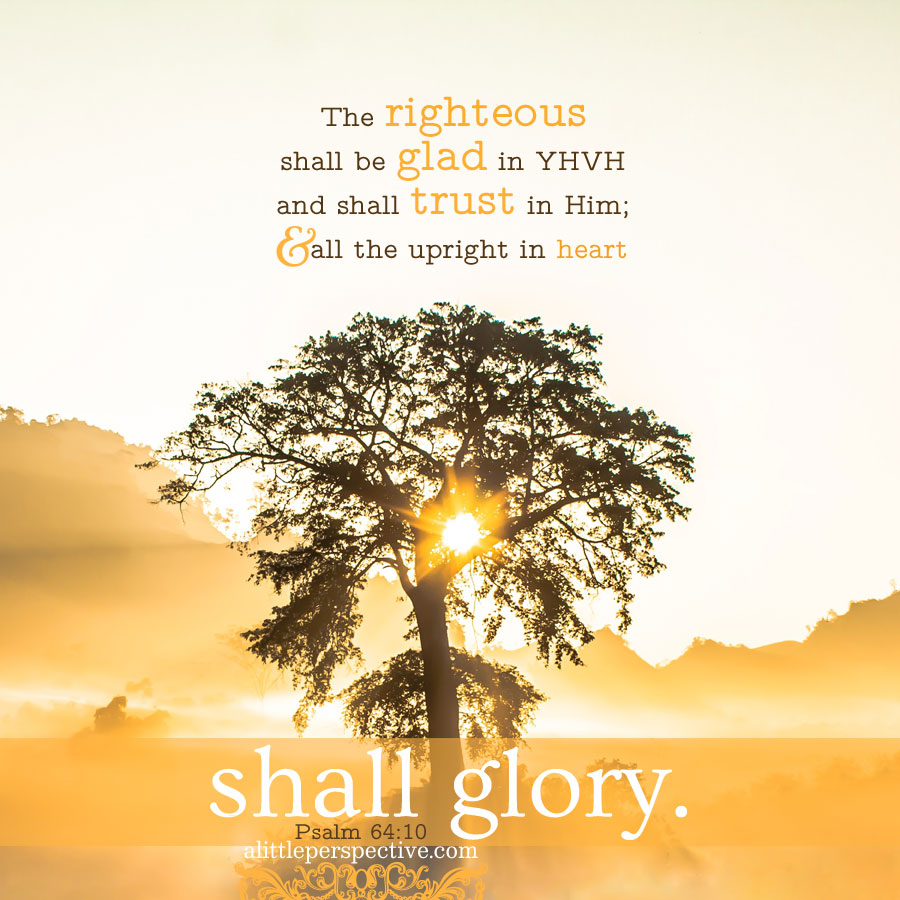 Let’s talk words today. In Psalm 64, David, who is facing trouble caused by enemies, calls out to God to hear his voice. He opens his mouth with words! In Jam 4:2, it says, “You have not, because you ask not.” Never be afraid to open your mouth with words for the Father to hear!

Psa 64:1 MEDITATION. Strong’s H7879, siyach, an abstract concept meaning, “meditation,” from Strong’s H7878 שיח siyach , a primitive root meaning, “to germinate,” either of new shoots of shrubs, or of the thoughts of the mind. The 3-letter root is shin + yud + chet, but according to the Ancient Hebrew Lexicon, the shin was transposed from an original sin.

The story: Taking what sticks (sin, as thorns attach and stick to fur or clothes) within, and throwing it (yud) outside (chet); thus a shrub puts forth new shoots, and the mind or heart of man puts forth or meditates on his thoughts, often with the idea of speaking aloud to himself. As well, a cognate word is “to sweep,” as what is tracked in and accumulates inside, is thrown outside.

The weapons of the enemy are also in the form of words, as we can see from Gen 3:1. Words from the enemy are fiery darts shot like arrows at the righteous (Eph 6:16).

The story: Water (mem) at its head (resh) which is the river’s beginning (resh), i.e., the headwaters of a river. According to the Ancient Hebrew Lexicon:

The concrete object is bitter, i.e., a thing which is of a bitter taste; but the abstract concept is weakness, because when someone endures a bitter sickness, weakness results. Incidentally this verb is the same root for the venom of snakes.

Poisonous words can be counteracted. First, never speak one yourself! When you are discouraged, the enemy feeds that discouragement with his poisoned words. “I’m a failure,” “I can’t do this,” “I can never get free from this,” “My life is falling apart,” “He or she will never amount to anything,” etc. – all of which are shown to be lies by the promises in God’s word – the wholesome words which counteract the venom!

“Father, I reject that thought that I am a failure. You have said that I am Your adopted son or daughter, and that in Messiah I can do all things. I believe Your true word; thank You for Your investment in me!”

Training to believe and feel truth

When God has answered the plea of His children, what do the righteous do? Glory!

The story: Exclaiming at something wonderful (hey) toward (lamed, in the sense of guiding) another (the second lamed) or himself, as the negative spin on the verb is to be boastful. Proclaim His marvelous works!