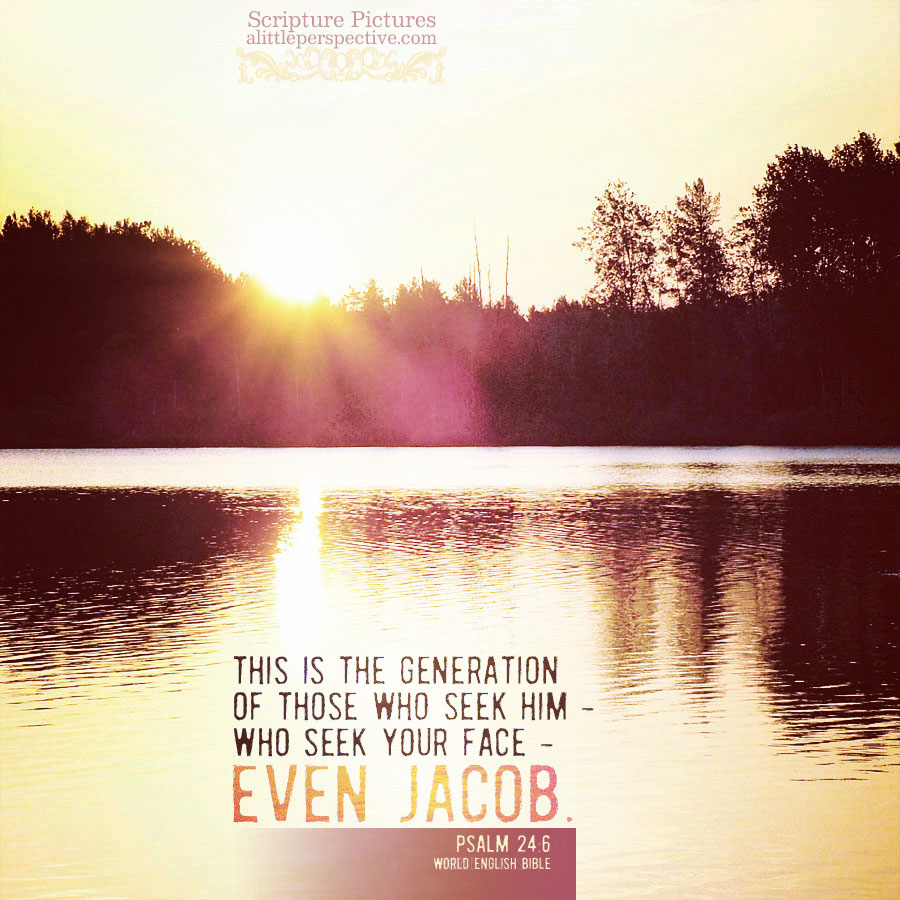 He shall receive blessing from the LORD,
And righteousness from the God of his salvation.
This is Jacob: the generation of those who seek Him,
Who seek Your face. Psa 24:5-6

David is not saying, that if he keeps the Torah of YHVH (“He who … has not lifted up his soul to an idol” is an expression of Torah obedience) he shall receive salvation. No, but obedience is for those whom God has already saved. The God who has saved him, will add blessing to him as he obeys, for obedience brings a blessing (Deu 28:1-14). The God who has saved him, will add righteousness to him as a gift of grace, for the purity of his heart’s sake, out of which the desire flows to keep his hands clean.

I like the JPS translation of verse 6 better than the NKJV here:

Such is the generation of them that seek after Him, that seek Thy face, even Jacob. Psa 24:6 JPS

Those who are the seed of Abraham, as Jacob is, are those who believe, who seek after Him and seek His face. Paul phrases the same idea this way:

This does not mean that the physical descendants of Abraham have been replaced by Christians! It does mean, that any who believe in God, who have faith in Jesus Christ, who seek the Lord’s face, are the seed of Abraham as Jacob is – for all who are of Jacob, seek tbe Lord’s face. Jacob had a brother, remember, who was also a physical descendant of Abraham. Esau did not seek the Lord’s face, but instead despised his birthright (the inheritance of his fathers, which was the promises and the covenant of the Lord God). God is the God of Abraham, Isaac, and Jacob, and not the God of Abraham, Ishmael, and Esau. Isaac and Jacob sought the Lord from faith, whereas Ishmael and Esau did not. Thus Isaac and Jacob are counted the seed of Abraham and heirs according to the promise, as are any who believe in Him and seek after Him.