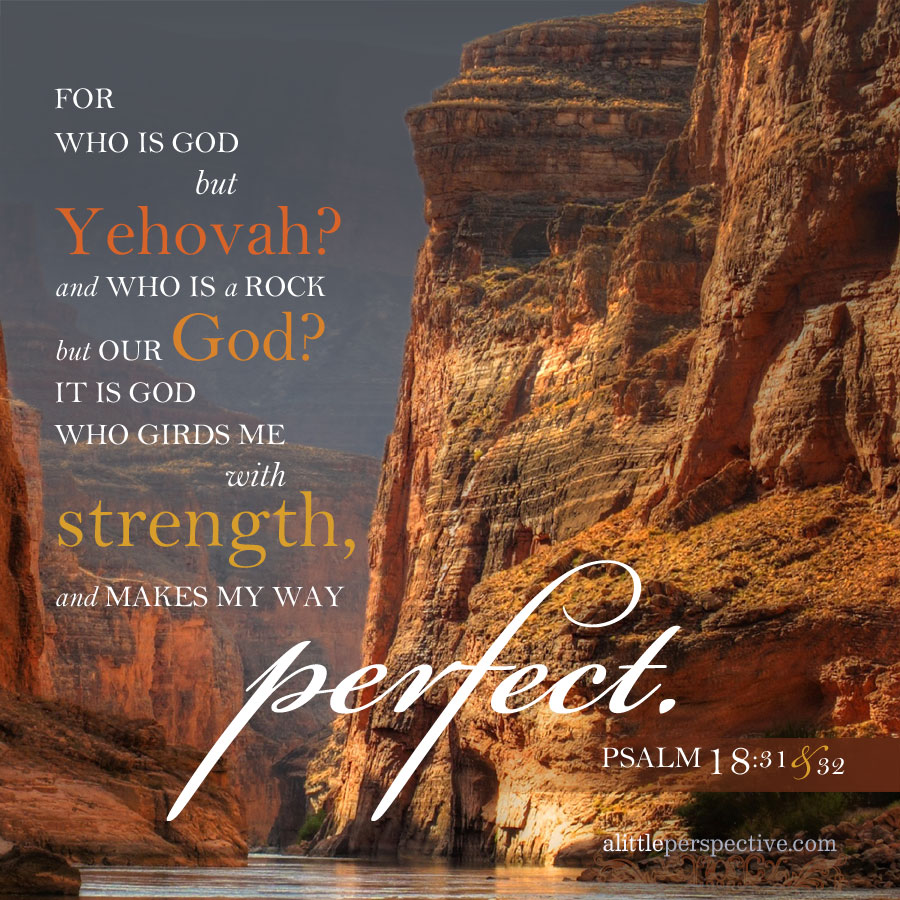 The story: The back and forth movement (dalet) of the ox to turn the grindstone and tread out the grain, when the man (resh) has tamed him (kaph) to his way. The same word is also found in vs. 32.

18:30 PERFECT Strong’s H8549 תמים  tamiym (the same word is also found in vs. 32). Don’t miss this story: The cross (tav) covered by the mighty (mem) blood (mem) of Yeshua finishes and makes complete.

My way, or habitual course of action that I tread again and again, has been perfected by the cross covered by the mighty blood. This is its definition from the foundation of the world, millennia before the advent of Yeshua. It is yet another testimony from Scripture that when man receives Yeshua, he is receiving atonement covering his way, the mercy seat covering the law, and forgiveness covering his sins. It is this kindness which leads him to repentance of his former way without God, and strength girded about him to tread a new path, a right path, in YHVH’S footsteps.

The story: When the wall (chet) which protects (sin) is found (hey, in the sense of pointing out a discovery). Our English word “house” comes from the CH-S root.

At the heart of this verb (and all cognate words) is a tool used in the ancient world called a bow drill. The bow string wrapped around (chet) the drill shaft (lamed) and by twirling the string, the shaft bored the hole. Thus the meaning of twisting or writhing. How is this related to valor? When an army is faced with a wall, as in a walled city, or a man is faced with a giant, who is as a wall, an obstacle to overcome, it is valor that enables him to concentrate power or resources to bore a hole into that wall, and make a breach. Another way to look at it is as a wall (chet) secures (vav) authority (lamed), so strength, ability, and virtue are as a firm wall securing the man.