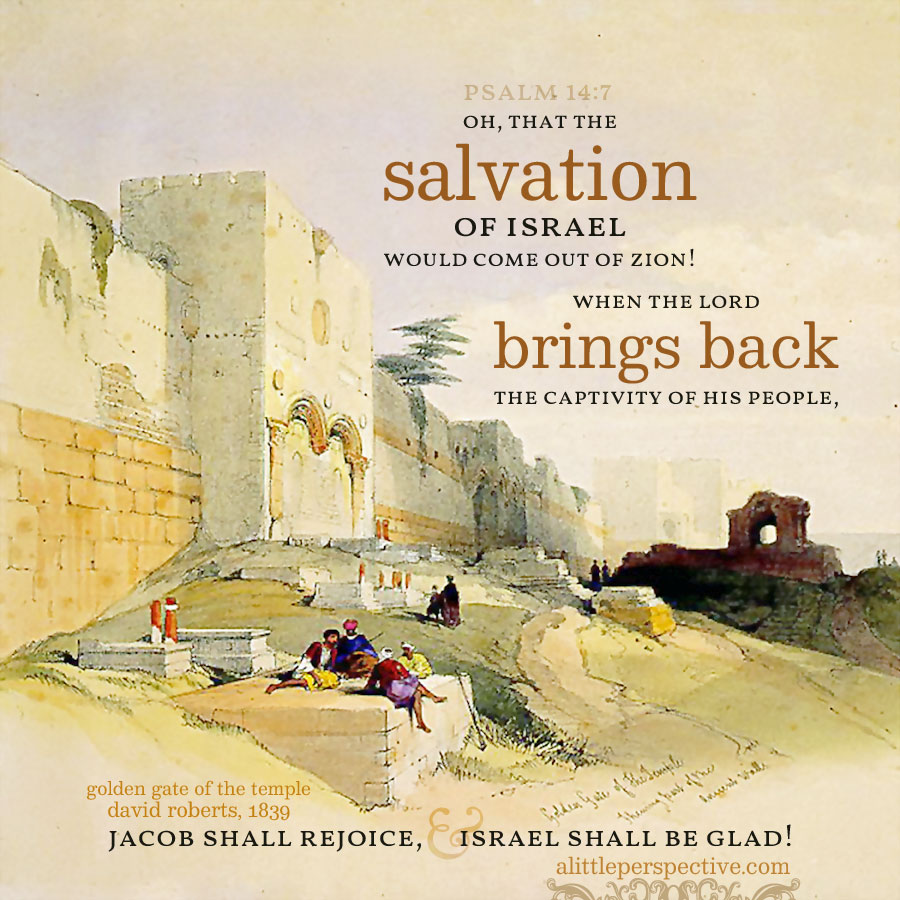 As I was studying the Hebrew root words for Psa 14, I realized why the Scripture says hundreds of times to fear YHVH, and hundreds of times, to fear not. It is not always the same word (see the parables), but the concept is that man fears what he perceives as greater than himself. It is a spiritual law and always applies.

To fear YHVH is to perceive that He is greater than us, and we worship Him out of the realization of His greatness, glory, and majesty. He is worthy of our worship.

The fear of man brings a snare, and is born out of a fleshly desire to look good or to be held in regard by one’s fellow man. It often manifests as flowing along with whatever society deems good or correct – often not good or correct in the Father’s eyes. When we fear man, that is, perceive that he is greater than us, we have dethroned YHVH from His place of preeminence. Yes, society at large might be greater than us, but YHVH is greater still. When we realize that, the fear of man no longer holds sway.

The fear of negative circumstances is born out of the perception that forces exist which are greater than us, and can hurt us. Flood, fire, storms, these forces of nature are more powerful than us. Government power is greater than us as individuals. Disease or viruses can hurt us. When we fear these things, we have dethroned YHVH from His place of preeminence. When we fear it we are not fearing Him. That is idolatry!

These forces might be greater than us, but YHVH is greater still. When we realize that, the fear of negative circumstances no longer holds sway, precisely because YHVH is not just our God, He is our Father who has adopted us into His family. His love is so great that He sent His only begotten Son to drink the wrath of God that we ourselves earned, that we might be spared, redeemed, set free.

Is the Father Good? Loving? Just? Wise? Merciful? Gracious? Pure? When we have truly come to believe that He is as the Scriptures describe Him, then we can easily trust Him to act in our interest, and the fear of negative circumstances loses its grip over us.

Our media preaches fear in order to control our actions, but God is shining a spotlight on that lie of the enemy. Those lies are where the real hurt can be found (Joh 10:10) from which He wishes to free our hearts and minds. ♥

There they [the workers of iniquity] are in great fear, for God is with the generation of the righteous. Psa 14:5

One cognate word is “thigh;” as that which is normally steady, upholding the body. But when an opening (pey) has been made in the wall (chet, as that which upholds as the thigh upholds) the thigh moves to and fro (dalet, as a door on its hinges), that is, shakes with fear.

This is not the same word as is used in the phrase, “to fear YHVH,” found hundreds of times in the Hebrew Bible. That word is Strong’s H3372 ירא yare, “to fear what a man worships above himself as the greater.”

By the way, the “with” in Psa 14:5, “God is with the generation of the righteous,” is a letter preposition and not its own word. However, Webster’s sheds some light on it. “With” is “used as a function word to indicate a participant in an action, transaction, or arrangement.” The wicked are in dread, because God is participating with us in our generation; we are not alone.