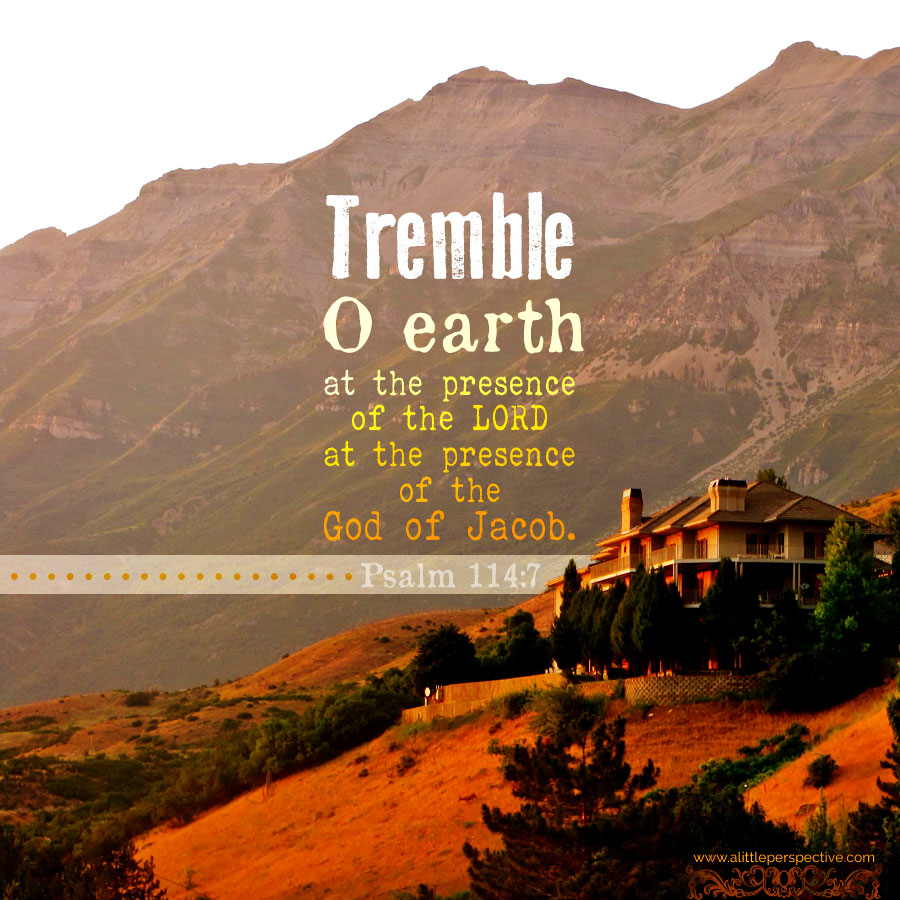 1 When Israel went out of Egypt, The house of Jacob from a people of strange language;
2 Judah became His sanctuary, And Israel His dominion;

3 The sea saw it and fled; Jordan turned back;
4 The mountains skipped like rams, The little hills like lambs;

5 What ails you, O sea, that you fled? O Jordan, that you turned back?
6 O mountains, that you skipped like rams? O little hills, like lambs?

This psalm contains no paragraph divisions at all, except for end of line divisions inherent in every psalm. But how do the A pairs, pair? When Judah became His sanctuary, it is because His presence came among Israel and dwelt among Israel. The elements of the earth saw and recognized the awesome presence of God. The element of mountain and hill (rock) God turned into the element of sea and river (water). You might say He took the hearts of stone and made them living, so that out of them flowed rivers of living water (Eze 36:26, Joh 7:38). But now let the whole earth tremble at the presence of the God of Jacob, because He is turning every nation to His people, and His presence fills every corner through them!