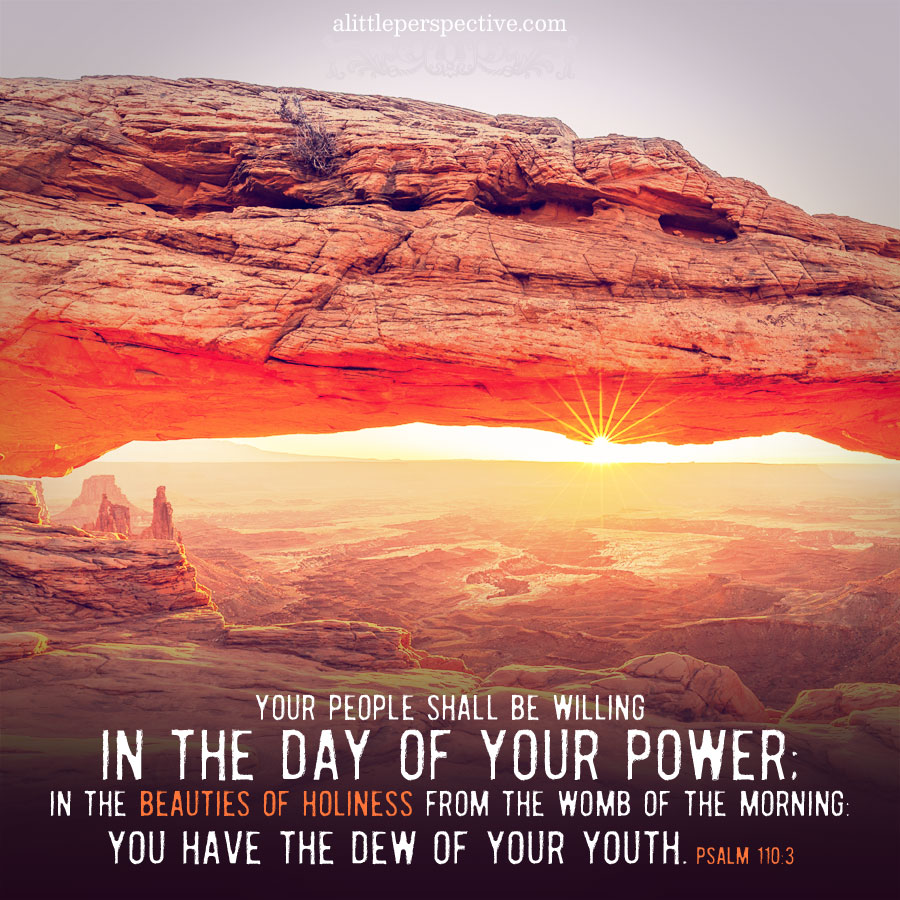 3) Psa 110:3b, In the beauties of holiness, from the womb of the morning, You have the dew of Your youth;

This Messianic psalm is describing the return of Messiah establishing His kingdom on the earth, coming as ruler, priest, and judge – nearly all the authorities established by God among men and described in Deu 16:18-18:22. But then there is something interesting in the 2nd elements of the A pairs:

This reminds me of the victory of Gideon over the Midianites, doesn’t it? Only those were accepted into the army who volunteered; and the army was further culled down to only those who crouched down to drink from the brook, instead of those who knelt down to drink. With those 300 Gideon won a great victory from the Lord, over an army of thousands of Midianites, indeed:

Now the Midianites and Amalekites, all the people of the East, were lying in the valley as numerous as locusts; and their camels were without number, as the sand by the seashore in multitude. Jud 7:12

This psalm thematically connects Gideon’s victory over the Midianites with the victory of Messiah over the nations who come against Him, so the history of Gideon in Scripture is speaking prophetically about the future victory that is coming upon the Lord’s people.