You are here: Home / Bible Study / proverbs / proverbs 4, guard your heart with all diligence 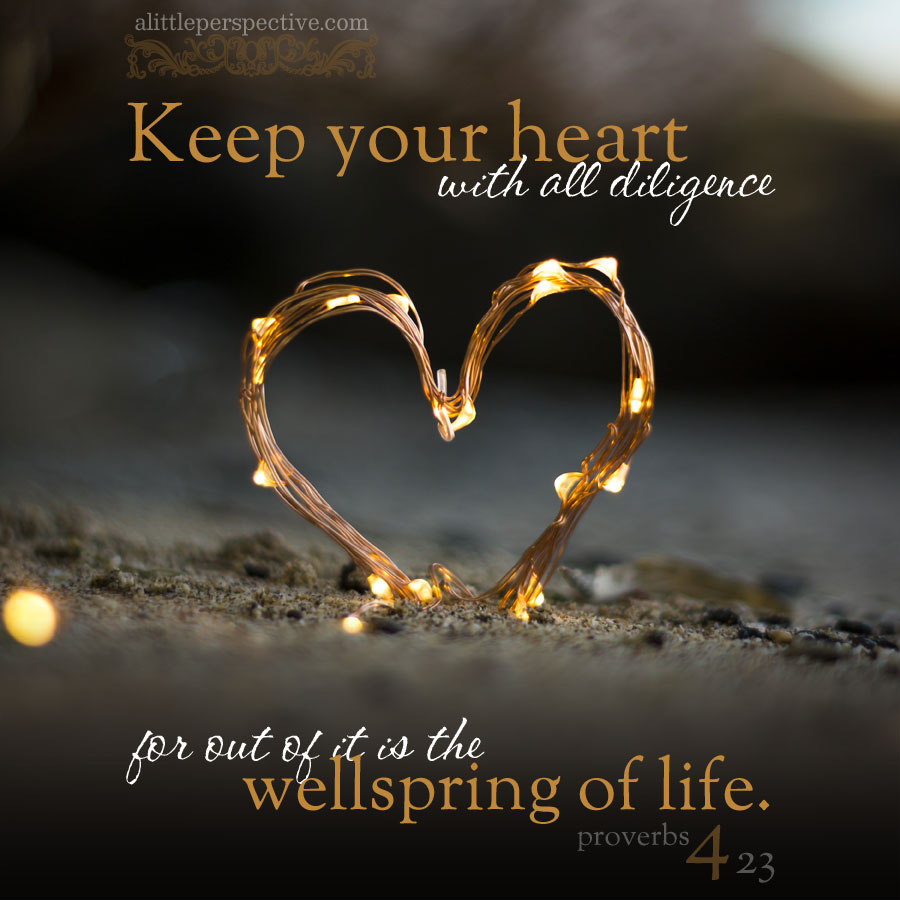 The Hebrew paragraph divisions and chiastic structures are here.

Above all you shall by guarding, keep your heart; for out of it are the issues of life. Pro 4:23 JPS

The many admonitions in Proverbs to keep or guard the important things utilize different Hebrew verbs to convey different nuances of meaning.

TO GUARD Strong’s H8104 שמר  shamar, a primitive root meaning, “to guard, to keep watch.” As per the Ancient Hebrew Lexicon, the shin + mem were originally a sin + nun, the similar sounds being transposed over time.

We ensure the continuation (nun) of a thing when we conceal (tsadey) its beginning or foundation (resh); that is, we guard a thing of value when its root is hidden from view.

The sense I get is that with Strong’s H8104 shamar, we keep watch over something of value, posting a guard about it to preserve it, to prevent it from departing, as guards in a prison house prevent its inmates from departing. The guards do not prevent something from entering, because the prison is full and nothing can enter.

My son, attend to my words; incline your ear unto my sayings.
Let them not depart from your eyes; keep [H8104 shamar] them in the midst of your heart.
For they are life unto those that find them, and health to all their flesh. Pro 4:20-22

The sense I get of Strong’s H5341 natsar, is that the thing which is kept is hidden from view, as the word is kept within the closed box of the heart, or treasure is kept within the closed box of the safe. The thing of value is not on display, so thieves do not know of its existence to steal it. As well, when the root is preserved below ground (hidden) the thing itself is not gone, even if the tree were to be cut down, because the life is from the root.

ISSUES (wellspring) Strong’s H8444  תוצאות  towtsa’ah, an abstract concept meaning, “a going out, a flowing out,” from Strong’s H3318 יצא yatsa, a primitive root meaning, “to go out.”

The related concrete object “excrement” is the key to unlock the parable. The man enclosed (yud, as something done privately) squats down (tsadey, as a man on a trail squats down to conceal himself from the prey), and, using the strength of his core (aleph), causes his excrement to go forth.

The outside (chet) work (yud) a man does provides food, thus breath (hey) or life, for himself and his family.