You are here: Home / Perspective / america and nation / pilgrims’ brush with communism 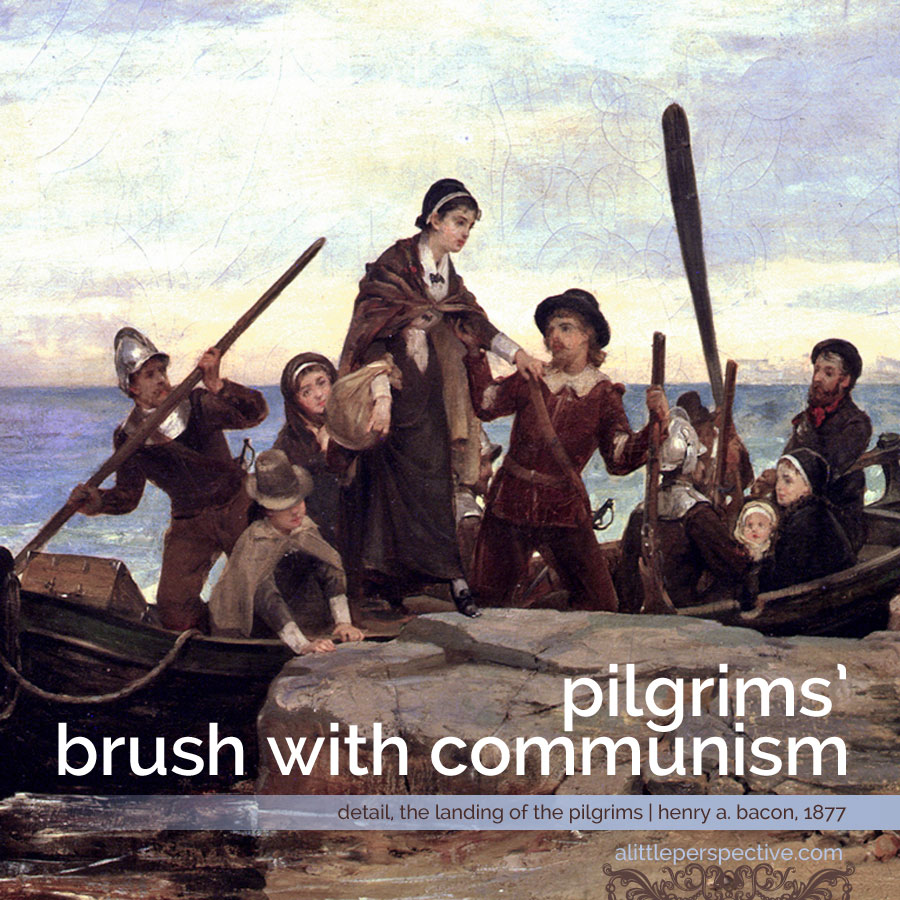 Those who have read William Bradford’s Of Plymouth Plantation know what most history books fail to mention: that when the Pilgrims first arrived on these shores in 1620, they tried a form of communism as their economic policy. Inspired by the Christian ideal related in Acts, of the first church having everything in common, and no need existing among them, the Pilgrims resolved to follow this example. All the land was held in common, and every person was engaged in doing the work for the good of all. The harvest was kept in a common storehouse, from which every person received their food.

Problems immediately arose. Some of the young men were resentful that they worked so much harder than the old or infirm without an increase in benefit. Those families with few mouths to feed resented their labor providing for those families with many mouths to feed. The women did the chores for all rather than exclusively for their own families, which they viewed as approaching slavery. And some of the people of the plantation were not of the Pilgrims at all, but were adventurers who joined the expedition for a fresh start in life. The Pilgrims called them “strangers.” Most of these saw no reason to work industriously for the common good, when whether they worked hard or little, they would still receive their food.

The result was decreased yield, then famine, then sickness. The colony, to avert wholesale disaster, changed course and alloted plots to each family. Each family was to work their own plot for their own food. Economic vitality followed.

The Lord has charged each man to be the provider of his family, and each woman to be the helpmate of her husband. If someone lacks something, he is to provide for that need for himself (by working and seeking the Lord to supply him), rather than coveting or stealing what belongs to his neighbor. Thus God established the principle of individual responsibility and private property ownership found throughout Scripture. Giving cannot be mandated by government, or any other authority, without resentment following. God’s way is charity, but from a free heart.