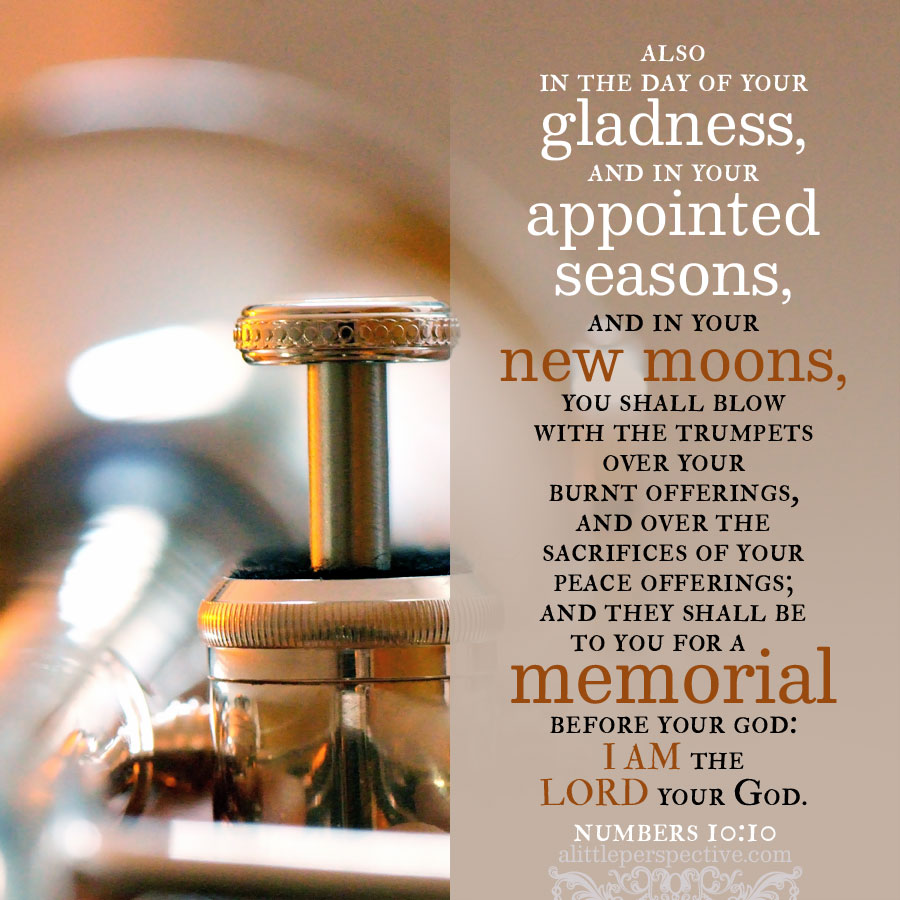 Read Numbers 9 and 10 at Bible Gateway.

The additions of today’s chapters completes the chiastic structure begun yesterday, back to the beginning of Numbers:

central axis) Num 8:1-4 {p} The menorah to give light in front of the lampstand;

So far in Scripture, trumpets:

To this list we add today’s reading, where the silver trumpets are blown:

1) To call together the congregation or the leaders;
2) To sound the advance of the journeying of Israel;
3) As an alarm when going out to war, for remembrance before God;
4) As a joyful sound in days of gladness, feast days, and new moons, for a memorial before God.

Might the two silver trumpets be a prophetic type of the two witnesses of Ephraim and Judah, when their sound (their witness) is in harmony and blown together? It might!