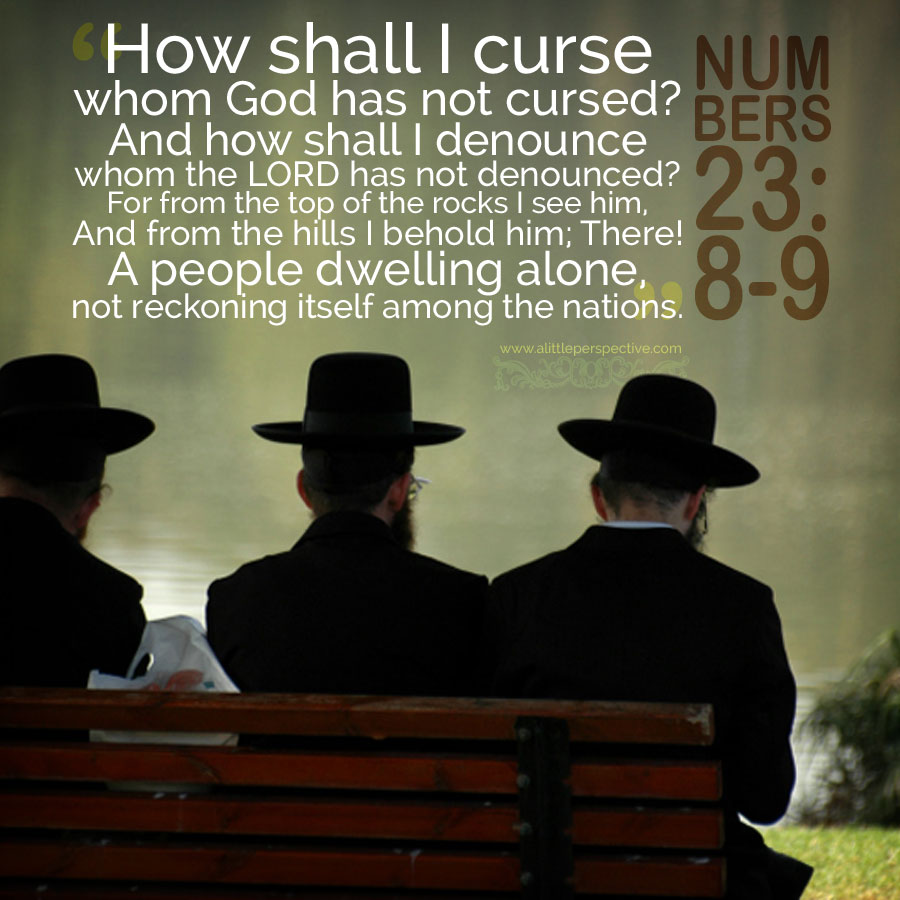 Read Numbers 23 and 24 at Bible Gateway.

The Hebrew paragraph divisions in today’s chapters are:

This paragraph makes its own chiastic structure:

Balak was so terrified of Israel, not only because God had put the fear and dread of them on the nations around about, but also, the Amorites whom Israel utterly destroyed, had previously prevailed against Moab and taken territory from them (Num 21:26-30).

Questions I have about today’s reading:

Why would God give Balaam permission to go, and then seek to kill him? I believe it is because, God originally told Balaam clearly not to go. Balaam persisted in asking to go, not liking the first answer. This is also the whole reason for the Angel of the LORD seeking to kill Balaam. God had given Balaam a clear answer: Do not go beyond My word. But we have already seen Balaam going beyond the LORD’s word. The LORD’s original word to him was, Do not go with the men. So I believe God was impressing upon Balaam that He was serious when He said, Do not go beyond My word. Balaam got the message and did not go beyond the LORD’s word.

Another question I have, is why would God respond to enchantments and sorcery? Perhaps it had something to do with this particular instance, because Israel was involved. At any rate, what we do know, is that for His people, God has expressly forbidden sorcery (Deu 18:10 among other places). Sorcery works. But it is an abomination. It enslaves its practitioner to the kingdom of darkness, as we can see in Balaam’s character. He lusted for monetary gain (the doctrine of Balaam) and was willing to bend the Lord’s word in all manner of ways in order to get it. He obeyed the letter of the law while transgressing the spirit of it. And when that didn’t work, he put stumbling blocks in front of the children of Israel, as we will see tomorrow. We who love and honor God, do not go there, do not even entertain thoughts of going there, and keep ourselves far from contamination with it.