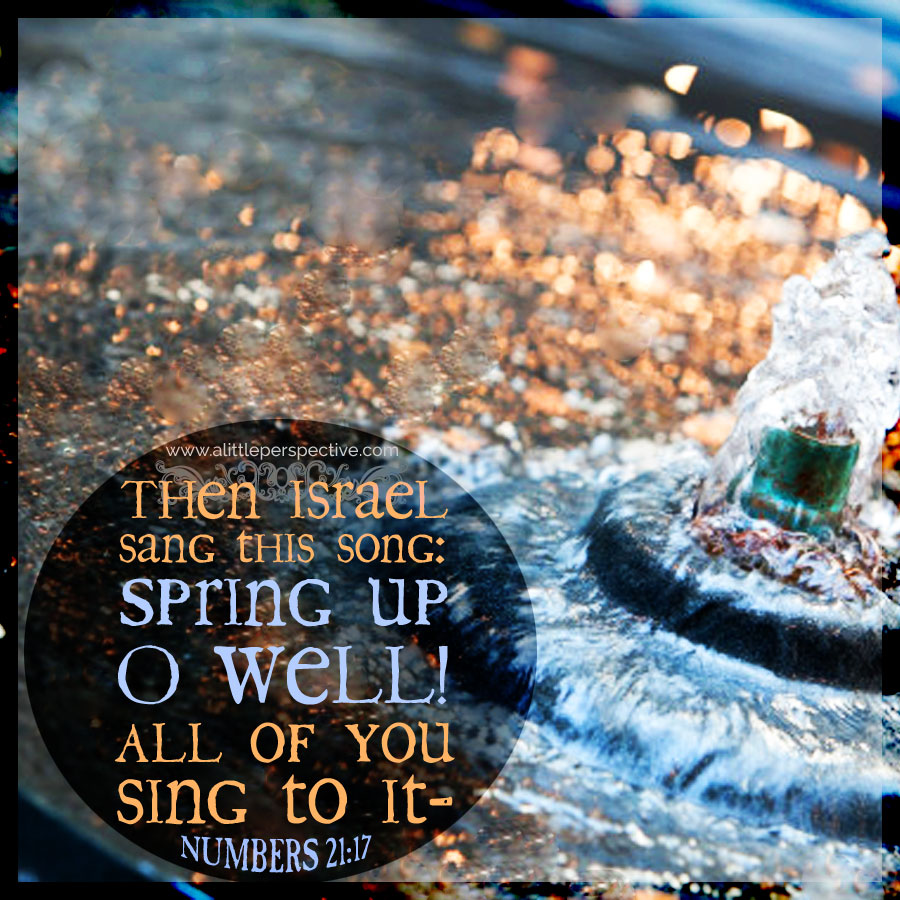 The Hebrew paragraph divisions of today’s chapters are:

We are going to discuss Balak and Balaam tomorrow, as Num 22 goes with Num 23-24 in telling the history of Balaam. Num 21 forms a chiastic structure:

Look at the D pairs: a fundamental shift has taken place. For the first time that Scripture records, when faced with a lack of some kind, Israel sang joyfully, encouraged themselves and honored their leaders (“the well the leaders sank”) instead of complained bitterly, discouraged themselves, and turned against their leaders. The same complaint that is recorded in Num 21:4-5 has been voiced for 40 years, over and over again until we are sick of reading about it, when all of the sudden the pattern that has been well established, changes! Breaks in established patterns are a teaching tool of Scripture!

Now from Exodus on, we have seen instances where some of the people of Israel suffer death or plague, in incident after incident, because of unbelief, disobedience, and murmuring. In each instance (beginning with the golden calf incident), there was an opportunity to confess wrong, to repent, and to let a change of actions proceed from a change of heart. In each instance, it was those who remained in their unbelief and their rebellion and sin, who died. In fact, the trials Israel faced, served to cleanse Israel of those who would not take YHVH for their God (other than by lip service)! Now 40 years later, nearly all of the last of the unbelieving and hard- hearted generation has passed away (but Moses, Joshua, and Caleb), with the fiery serpent incident, and the generation which is left, who will enter the land, is nearly all the believing generation of the children.

Unbelief may not inherit the promise — belief inherits the promise! This is the gospel of grace by faith!

We have our own promise — we have our own land to go in and possess! The generation which came out of Egypt were not killed by Pharaoh, by enemies, or by famine from being in the wilderness, but they brought their own judgments upon themselves by their willfulness and their unbelief. Let us learn from Israel’s example, what causes us to perish before we arrive at our promise, and what causes us to enter in and possess it! ♥