You are here: Home / Bible Study / moses wrote about messiah / numbers 17 and 18 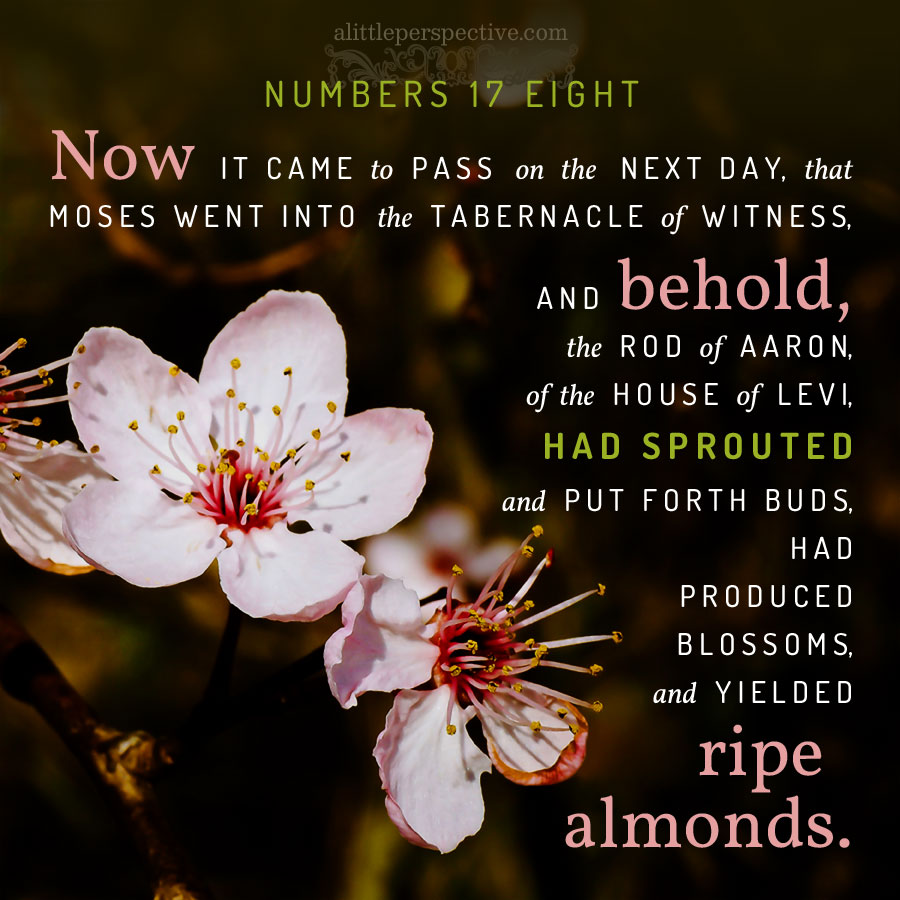 Read Numbers 17 and 18 at Bible Gateway.

2b) Num 18:7, Priesthood a gift to Aaron + sons to attend to priesthood + sanctuary;

You know, we have just read some hard chapters. The generation of unbelievers is not going to inherit the promise, and the people who went to war anyway were defeated. The man who gathered sticks on the Sabbath was stoned to death with stones. That was not Israel’s idea or Moses’ idea, that was done at the direction of the LORD.

And here we find the gospel. For the tabernacle, in its blueprints and design, is a prophetic type proclaiming Messiah. The priesthood, in its rites and responsibilities, is a prophetic type proclaiming Messiah. Messiah is the mediator between God and man, to prevent wrath from coming upon the children of Israel. (That is me and you!) But let us not miss the other side of what Scripture is teaching: those who reject God’s mediator, who is Messiah Yeshua, will partake of wrath — for rebellion, unbelief, and idolatry will receive wrath for itself, in order to destroy it.

That might be hard, but it is true and right and just – and even merciful and loving, because rebellion against God is allegiance to the first rebel, whose entire existence is devoted to our loss, destruction, and death (Joh 10:10).