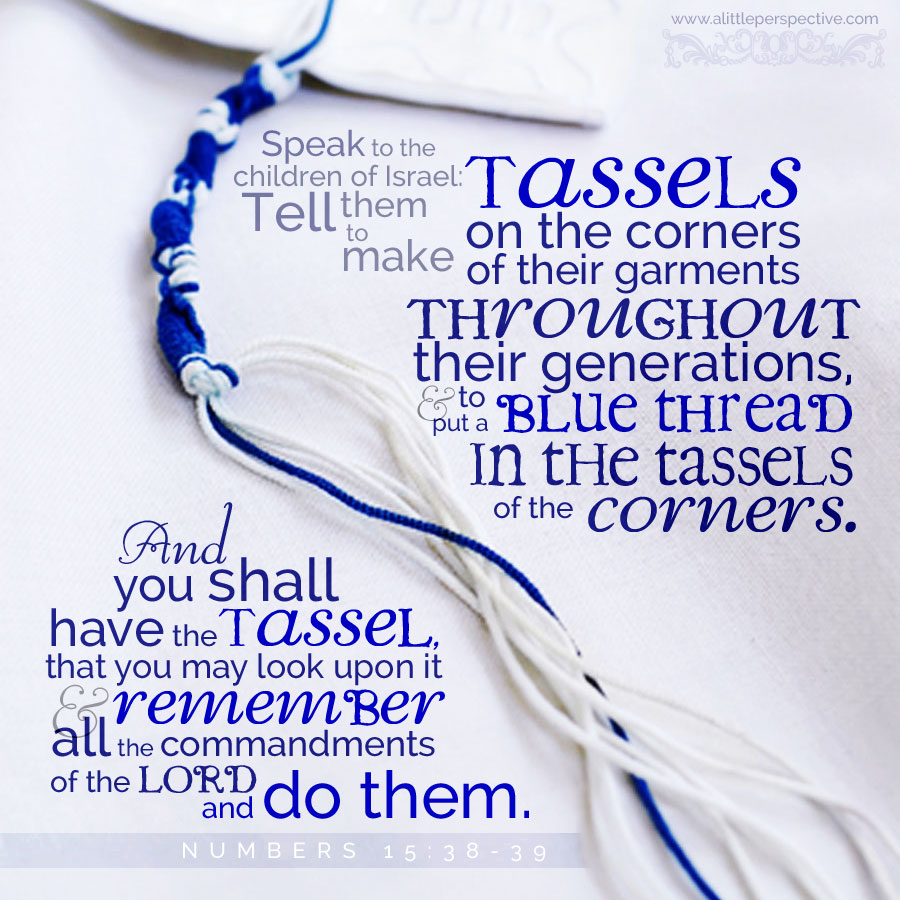 Read Numbers 15 and 16 at Bible Gateway.

Strong themes so far in Numbers:

What stood out to me today, looking at the strong themes, is the sheer volume of complaints against the Lord and against Moses that were a common characteristic of Israel’s journey through the wilderness. Now, there was a man who was stoned for gathering sticks on the Sabbath day. This incident is bracketed by two interesting paragraphs in the Hebrew paragraph divisions:

‘But the person who does anything presumptuously, whether he is native-born or a stranger, that one brings reproach on the Lord, and he shall be cut off from among his people. Because he has despised the word of the Lord, and has broken His commandment, that person shall be completely cut off; his guilt shall be upon him.’ {p} Num 15:30-31

Again the Lord spoke to Moses, saying, “Speak to the children of Israel: Tell them to make tassels on the corners of their garments throughout their generations, and to put a blue thread in the tassels of the corners. And you shall have the tassel, that you may look upon it and remember all the commandments of the Lord and do them, and that you may not follow the harlotry to which your own heart and your own eyes are inclined, and that you may remember and do all My commandments, and be holy for your God. I am the Lord your God, who brought you out of the land of Egypt, to be your God: I am the Lord your God.” {p} Num 15:37-41

Now, since these things happened as an example to instruct US, what is the instruction? If you love Me, keep My commandments (Joh 14:15, even if you don’t understand why I have given them to you). If you hate Me, maliciously flaunt My commandments. There are a lot of folks with minimal Bible knowledge who have already gotten that message, and do so. The gospel of grace is being preached from Torah. For Sabbath rest is a prophetic type of salvation by grace through faith and not of works. That is the only way to life everlasting. Our own WORK leads to everlasting death.

The next thing that happened, was full out rebellion. I think the leaders thought that Moses and Aaron must be making a terrible mistake in hearing from the Lord, that the people were not supposed to enter the Promised Land. Notice that the leaders of the rebellion were Korah, of the tribe of Levi, who I think thought himself a better candidate for the PRIESTHOOD than Aaron, and two sons of the firstborn of Reuben, Jacob’s firstborn, who I think thought themselves a better candidate to LEAD the congregation than Moses. Even the miraculous and terrible death of these men at the hand of the Lord, did not restrain the people, who next rebelled. Rebellion against godly God-appointed leadership is not a fruit of the Spirit. And we know that Moses and Aaron were godly, for in the midst of all these complaints and rebellions, they did not cease from interceding before the Lord for His mercy, even for those who were striking out against them! In this, they are acting as prophetic types and shadows of Messiah, who Moses wrote about in this way.