You are here: Home / Perspective / reality check / my Q journey 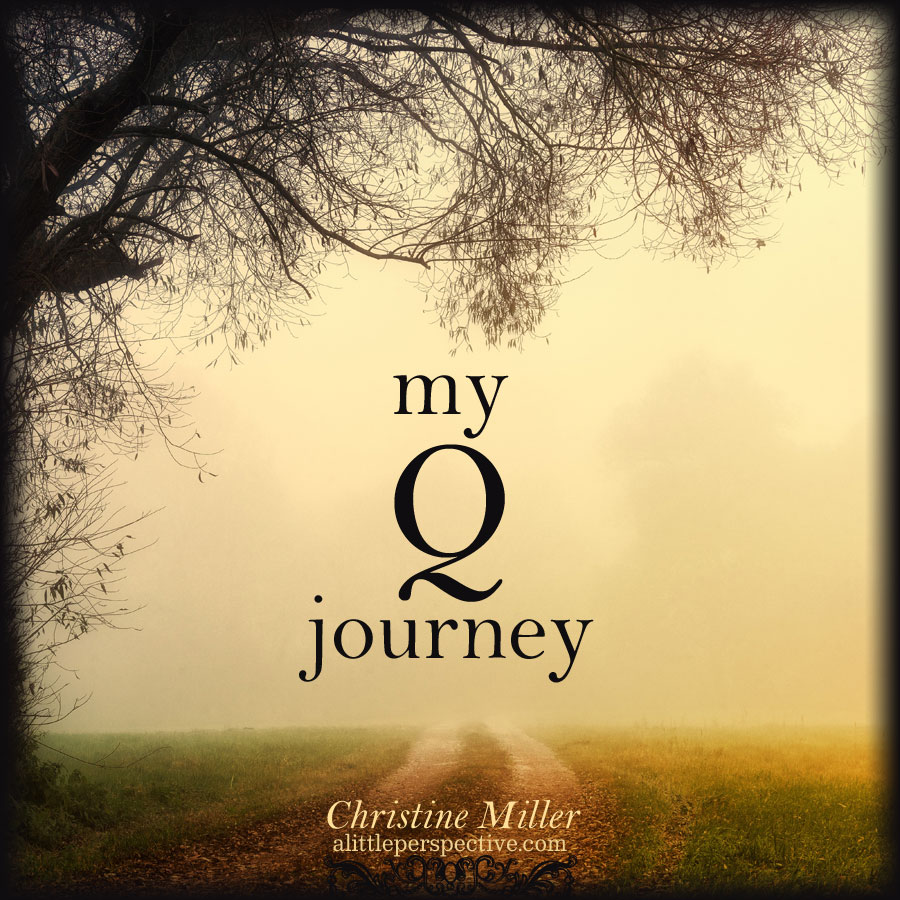 I believe God has confirmed to me that Q is legitimate. I have known about Q for several years but dismissed it and didn’t really pay attention to what he or they were saying, thinking it was so (Q)uestionable that it couldn’t be real. But God has changed my mind. As this all ties in to end time prophecy, I wanted to verify Q and Q’s role for myself. This is my journey.

Who or What is Q?

An Introduction to Q – American Thinker

What if Q Anon and the Great Awakening are Real?

What is Q revealing?

But to get the whole story, read the Q Intelligence Drops yourself.

Why Do I Agree?

Revelation reveals several things about the end times from the beginning, from Genesis and Torah, and expanded in the rest of the Hebrew Scriptures. To summarize many of the prophesies, there are four world empires which will rise up against God and His anointed: 1) Babel, the head of gold, revealed in Babylon under Nebuchadnezzar, but established by Nimrod at the Tower of Babel rebellion; 2) Persia; 3) Greece; and 4) Rome. It is Rome that Messiah strikes so as to cause its complete ruin, and the ruin of the kingdoms of this world, and the establishment of the Kingdom of Yeshua forever and ever (Dan 2:36-45, Revelation Revealed digs into Scripture and history to unlock the prophecy).

Furthermore, nine of the prophesied ten empires have come and gone, with the 10th currently in power. The 10th is the unelected Shadow Government of global elites, the “new world order,” epitomized by the Rothschilds and their like.

This 10th empire is currently being assailed with its death blows, and I see the things that Q is communicating as one of the tools, perhaps one of the greatest tools, which is bringing about those death blows. After the pouring out of the seventh bowl, the angel proclaims, “It is done,” (Rev 16:17). What is done? “The kingdoms of this world have become the kingdoms of our Lord and of His Christ,” (Rev 11:15).

“The Trump shall resound and the Lord shall descend,” is a prophecy for our times written in the hymn, It Is Well With My Soul, 100 years ago.

The Prophecies Concerning the Trump Presidency

The Kim Clement prophecies re: the president to follow Obama, at Bethel Church in 2007 and 2014

Trey Smith and Kim Clement’s Prophecy of the Two Presidents

Donald Trump Shall Become the Trumpet, 2015 by Jeremiah Johnson

The Great City Destroyed in One Day and One Hour

This is the background on this particular prophecy in Revelation. It was in searching the Father for insight into this prophecy that God showed me His Q proof. To sum up what is explained and revealed at the above link and in greater detail in the Revelation Revealed book, one day of prophetic time equals one year of historic time, so that one hour equals two weeks: the two weeks of this prophecy were from Oct 26 to Nov 9 2016, culminating in the election of President Trump.

The one year of this prophecy was from Oct 26 2016, beginning with the death blows to Mrs. Clinton’s campaign, to Oct 28 2017. On this day Q posted his first post, archived at qalerts.app/.

The key point of those first posts:

POTUS has everything.
Not everyone is corrupt (fewer than you think).
Operation Mockingbird.
Priority to clean out the bad actors to unite people behind the America First agenda.
Many in our govt worship Satan.
Not about Republicans v Democrats at this stage.

I was very skeptical of Q, but the Father has shown me that he/ they are legit. On Oct 28-29 Q said POTUS has everything. All the knowledge of crimes and evidence to prosecute for global trafficking, treason, involved countries, connections, back door deals, payoffs, assassinations, and assassination attempts, everything, in fact, that characterizes the criminal activity of the temporal power of Mystery Babylon the Great. In the first year of the Trump presidency, those whom God has ultimately called to pursue justice, including the President himself, discovered information and collected evidence. By Oct 28, 2017, that process was essentially finished. That is the conclusion of one day (one year) when the plagues of Babylon come. Since Oct 28 2017, the day of Q’s debut, the effort has been to inform Joe Q. Public and the world about the 10th Empire Shadow Government in such a way as to not cause mass panic, martial law, or even revolution – because the things they have done to destroy our liberty and security for money and power, and the things they have done to our children as Satanists are heinous and are hard to be believed.

“Therefore shall her plagues come in one day (that is, one year) death, and mourning, and famine; and she shall be utterly burned with fire: for strong is the Lord God who judges her. And the kings of the earth, who have committed fornication and lived deliciously with her, shall bewail her, and lament for her, when they shall see the smoke of her burning, standing afar off for the fear of her torment, saying, “Alas, alas that great city Babylon, that mighty city!  For in one hour (that is, two weeks) is your judgment come.” Rev 18:8-10

If you are interested in Revelation and what the Bible has to say about the times we are living in today, please see Christine’s book, Revelation Revealed. Warning: This is not Left Behind speculation, but clear analysis based on Scripture’s own teaching tools and historical fulfillment.