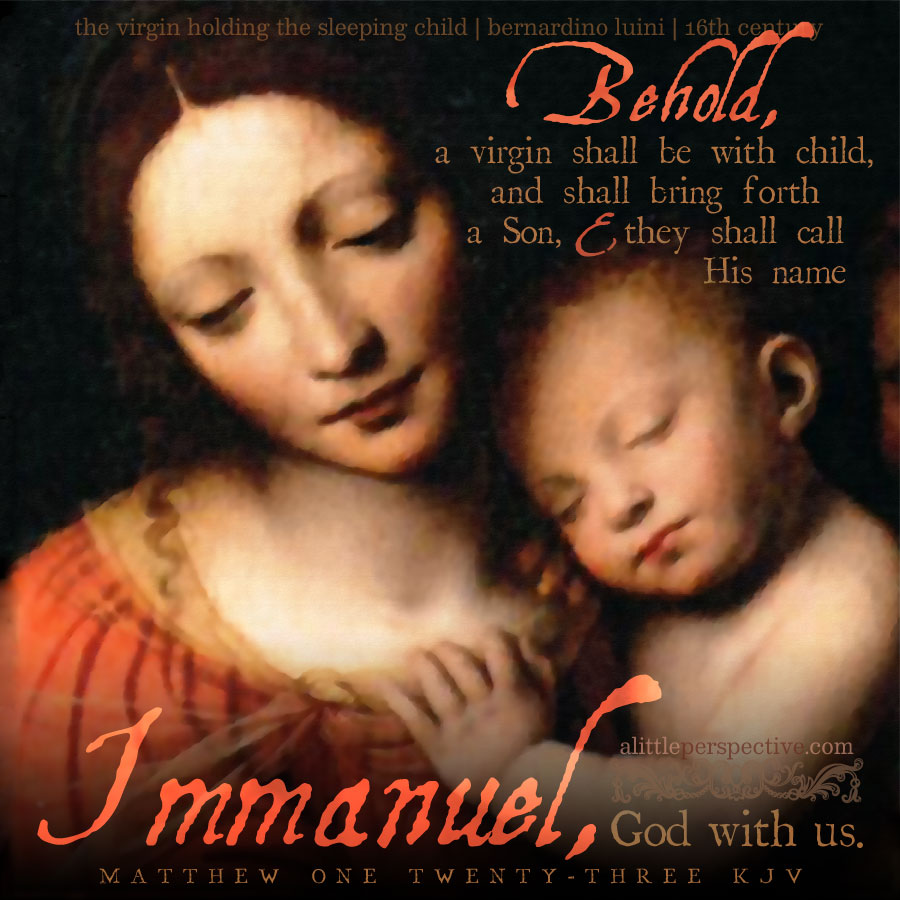 The New Testament books do not contain Hebrew paragraph divisions, which helped us understand the Old Testament books. However, the chapters can still be outlined by topics and themes:

Mat 1:1-17 Genealogy of Jesus Christ
Mat 1:18-25 The miraculous circumstances of His birth

1b) Mat 1:18b, Betrothal + purity of Mary and Joseph, she conceived by the Holy Spirit;

central axis) Mat 1:22, “So all this was done that it might be fulfilled which was spoken by the Lord through the prophet;”

2b) Mat 1:25a, He did not know her until she brought forth her firstborn Son;

The central axis emphasizes that the birth of Jesus was according to the fulfillment of prophecy. He is the Promised Seed of Gen 3:15, of whom it was prophesied that He would be born of the woman and crush the head of the serpent. The serpent, whose head He will crush, brought about the separation of God and man. Jesus will undo that and bring about their dwelling together again (they shall call His name Immanuel, God with us), the matching pairs show us, by saving His people from their sins.