You are here: Home / Bible Study / mark / Mark 9, The kingdom coming with power 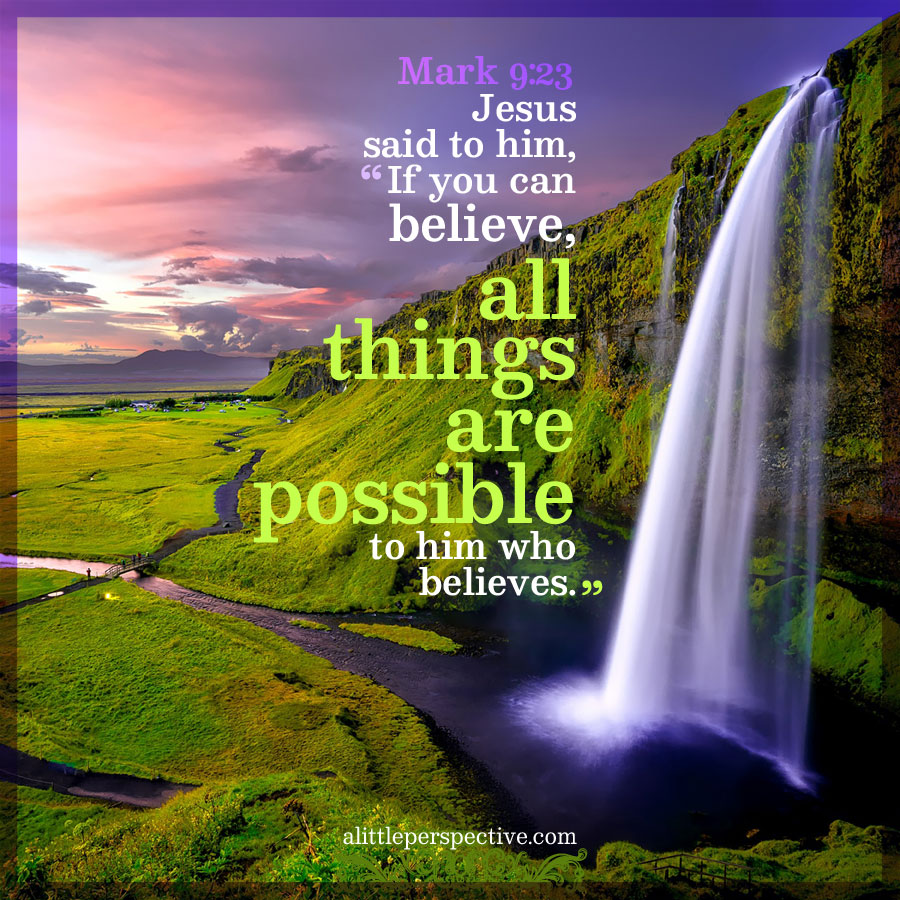 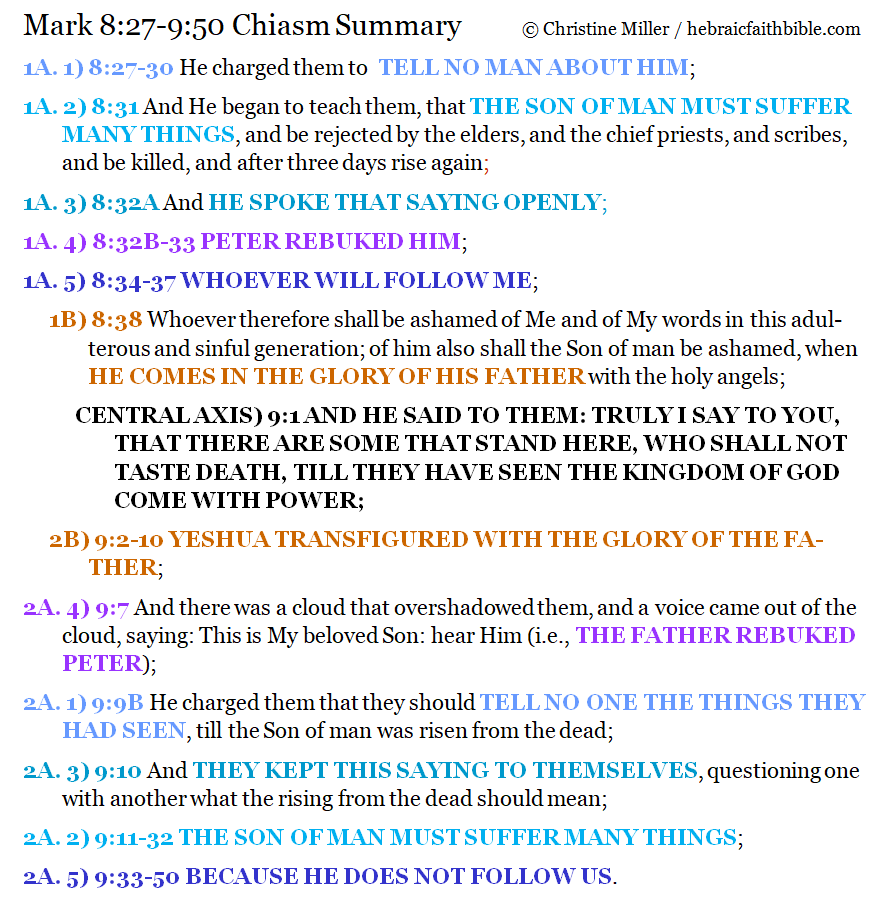 The Kingdom of God coming with power is of course a reference to the second coming, when the kingdoms of this world become the kingdoms of our Lord and of His Messiah, and He reigns for one thousand years, before He reigns for ever and ever. And the disciple who was standing there, who saw that Kingdom come with power, was John. Yes, he saw it in a vision, recorded in Revelation later in his life, but that does not make its events any less true.

But I have been thinking about the gospel that Yeshua preached: Repent, for the Kingdom of God (or the kingdom of Heaven) is at hand. And we saw through Yeshua’s ministry, that in His Kingdom, the lost are saved, the blind have their sight restored to them, the sick are healed, the unclean spirits are cast out. Storms are calmed. The Word of God is taught with authority. All these things happened by the power of the Holy Spirit, who had descended on Yeshua, anointing Him, and stayed. And Yeshua has baptized us with that same Spirit, or, as it is put in the epistles:

And the glory of the Father, in the name of Messiah Yeshua, surrounds that Kingdom, that working, and that power, as in the structure. It envelops it. But what envelops the glory, is suffering many things. Why? Because people who think so highly of themselves that they rebuke Yeshua, or argue about who is greatest, cannot wield that kind of power without it ruining them or tarnishing the glory of the Father. When we walk in gentleness and lowliness of heart, as Yeshua walked, then I think we will see the power of the Spirit unleashed and the Kingdom of God mightily proclaimed among us.